According to ATTOM Data's newest quarterly U.S. Home Sales Report, profit margins on median-priced single-family home and condo sales across the United States jumped to 47.6 percent - the highest level since the end of the Great Recession a decade ago.

Those gains raised the typical return on investment that sellers made on their original purchase price nationwide from 42 percent in the second quarter of this year and 34.5 percent a year earlier. The investment-return increases marked the biggest quarterly jump since 2014 and the biggest annual surge since at least 2008.

So hot was the national market in the third quarter that median home prices rose annually in 93 percent of U.S. metropolitan areas with enough data to analyze, while profit margins increased in 86 percent.

The latest price and profit improvements reflect a housing market that kept speeding ahead even as the U.S. economy only gradually recovered from widespread damage caused by the Coronavirus pandemic that hit early last year and continues to pose a threat. Amid rock-bottom interest rates and worries about living in congested virus-prone parts of the country, a glut of buyers has been chasing a tight supply of homes for sale over the past year and a half, raising demand and spiking prices.

"The third quarter of this year marked another period in a banner year for a housing market boom that's steaming ahead through its 10th year. Prices and seller profits again hit new highs since the market started coming back from the Great Recession in 2012," said Todd Teta, chief product officer at ATTOM. "There have been a couple of small hints of a possible slowdown in recent months, as we head into the normally quiet Fall and Winter seasons. The pandemic also remains a constant presence that could tamp things down. But, for now, the market engine seems to have nothing but high-octane gas in the tank."

Profit margins rise annually in nearly 90 percent of metro areas around the U.S.

Aside from Kansas City and San Jose, the largest annual drops in profit margins among metro areas with a population of at least 1 million came in Los Angeles, CA (down from 54.3 percent to 44.5 percent); Cleveland, OH (down from 32.8 percent to 25.7 percent) and Las Vegas, NV (down from 43.8 percent to 37.2 percent).

The West continued to have the largest profit margins on typical home sales around the country, with eight of the top 10 returns on investment in the third quarter of 2021 from among the 204 metropolitan areas with enough data to analyze. They were led by Boise City, ID (130.3 percent return); Bellingham, WA (105.6 percent); Claremont-Lebanon, NH (93.8 percent); Spokane, WA (87.7 percent) and Prescott, AZ (84.7 percent).

Prices up at least 10 percent in two-thirds of nation

Home prices in the third quarter of 2021 hit or tied all-time highs in 84 percent of the metro areas in the report, including New York, NY; Los Angeles, CA; Chicago, IL; Dallas, TX, and Houston, TX.

The largest year-over-year decreases in median prices during the third quarter of 2021 were in Brownsville, TX (down 11.9 percent); Pittsburgh, PA (down 10.1 percent); Gulfport, MS (down 8.8 percent); Santa Maria, CA (down 7 percent) and Charleston, SC (down 4.9 percent).

Among metropolitan statistical areas with a population of at least 200,000 and sufficient cash-sales data, those where cash sales represented the largest share all transactions in the third quarter of 2021 were Columbus, GA (74.6 percent of all sales); Atlanta, GA (69 percent); Macon, GA (59.3 percent); Youngstown, OH (56.6 percent) and Detroit, MI (56.2 percent).

Institutional investment up to seven-year high

Among states with enough data to analyze, those with the largest percentages of sales to institutional investors in the third quarter of 2021 were Arizona (17.4 percent of all sales), Georgia (13.9 percent), Mississippi (12.8 percent), Nevada (12.7 percent) and North Carolina (11.3 percent).

States with the smallest levels of sales to institutional investors in the third quarter of 2021 were Hawaii (1.7 percent of all sales), Maine (1.8 percent), Vermont (2.2 percent), New Hampshire (2.5 percent) and Rhode Island (2.5 percent).

Nationwide, buyers using Federal Housing Administration (FHA) loans accounted for only 8.3 percent of all single-family home and condo purchases in the third quarter of 2021, the second-lowest level since the fourth quarter of 2007. The latest figure was up slightly from 8.1 percent in the previous quarter but down from 11.8 percent a year earlier.

Metro areas where so-called REO sales represented the largest portions of all sales in the third quarter of 2021 with a population of 200K or more and with sufficient data to analyze were Macon, GA (4.6 percent of all sales); Lansing, MI (3.1 percent); St. Louis, MO (2.4 percent); South Bend, IN (2.3 percent) and Baltimore, MD (2.3 percent). 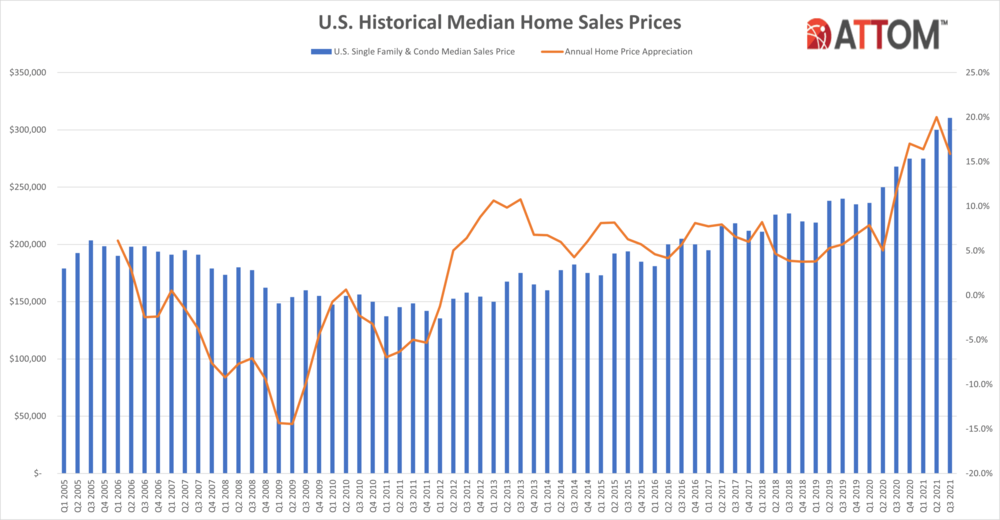 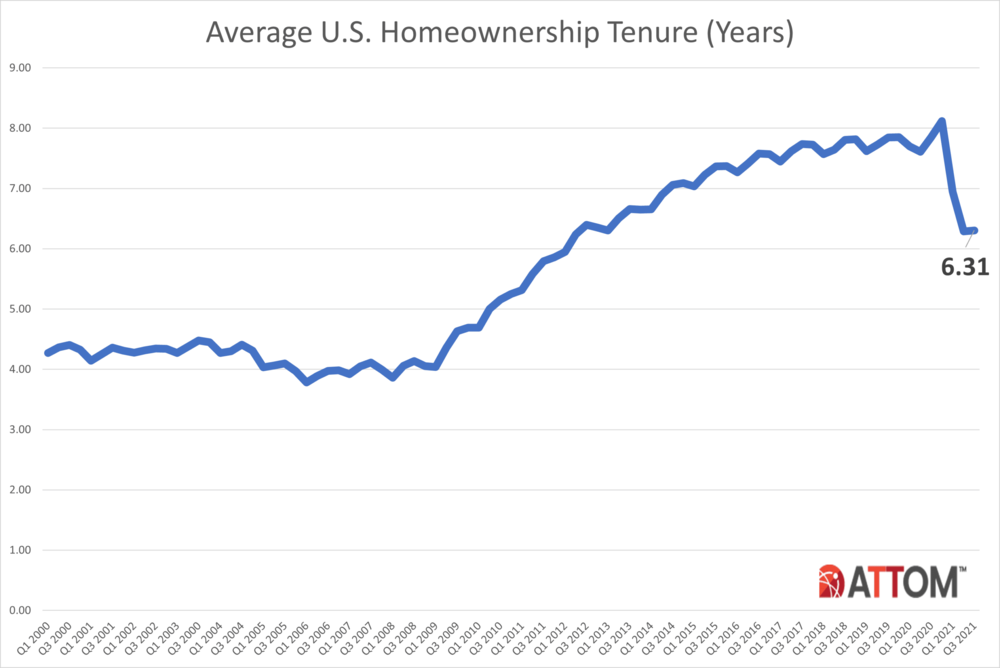 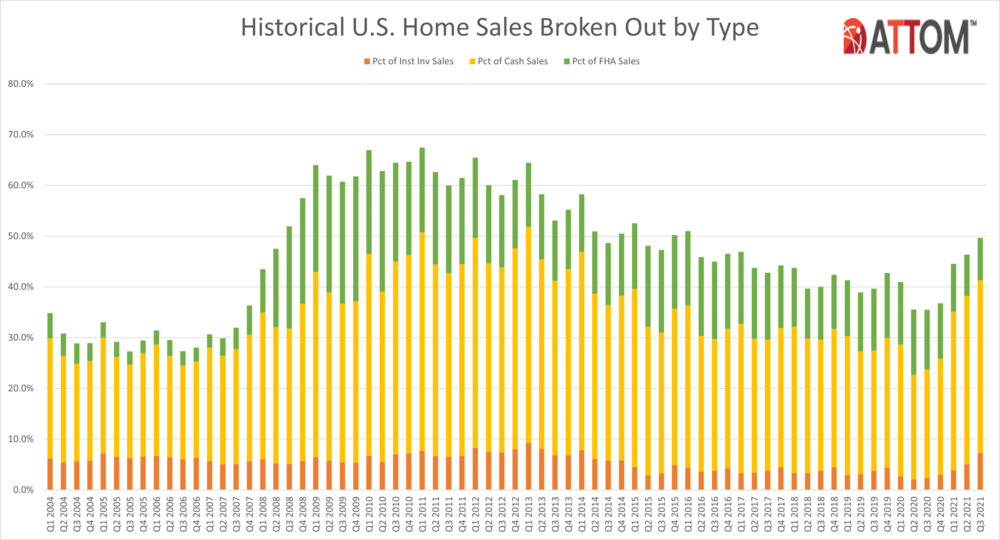