According to the California Association of Realtors, California statewide home sales stumbled in July 2016 as low inventories and eroding affordability dragged down the housing market. Closed escrow sales of existing, single-family detached homes in California totaled a seasonally adjusted annualized rate of 415,840 units in July.

The July figure was down 4.1 percent from the revised 433,600 level in June and down 5.1 percent compared with home sales in July 2015 of a revised 438,230. Home sales remained above the 400,000 pace for the fourth straight month, but sales have declined year over year for the fifth consecutive month.

"Despite the tight housing supply conditions that have persisted over the past few years, home sales have stayed relatively solid," said C.A.R. President Pat "Ziggy" Zicarelli. "Even with a shortage of homes on the market, low rates and strong demand have been the norm. Some regions, such as the Bay Area, are seeing an uptick in inventory as high prices are motivating sellers to list their properties for sale. While this could ease the inventory somewhat, supply remains tight, and low affordability is expected to be an issue in the short term."

The statewide median price remained above the $500,000 mark for the fourth straight month, but there are signs of an expected slowing in price growth. The median price of an existing, single-family detached California home slipped 1.8 percent in July to $509,830 from $519,410 in June. July's median price increased 3.9 percent from the revised $490,780 recorded in July 2015. The median sales price is the point at which half of homes sold for more and half sold for less; it is influenced by the types of homes selling as well as a general change in values. More homes being sold at the high end of the market (over $1 million) and slightly fewer sales at the lower end (under $300,000) contributed to the year-over-year gain in the median price.

"California's median home price rose again in July from last year, but the pace of increase has clearly slowed down in recent months," said C.A.R. Vice President and Chief Economist Leslie Appleton-Young. "While fundamentals such as increasing household formation and strong job creation continue to fuel housing demand and support price growth, low housing affordability and reduced buying power of home buyers has put a cap on how fast the statewide median price can grow."

Other key points from C.A.R.'s July 2016 resale housing report include: 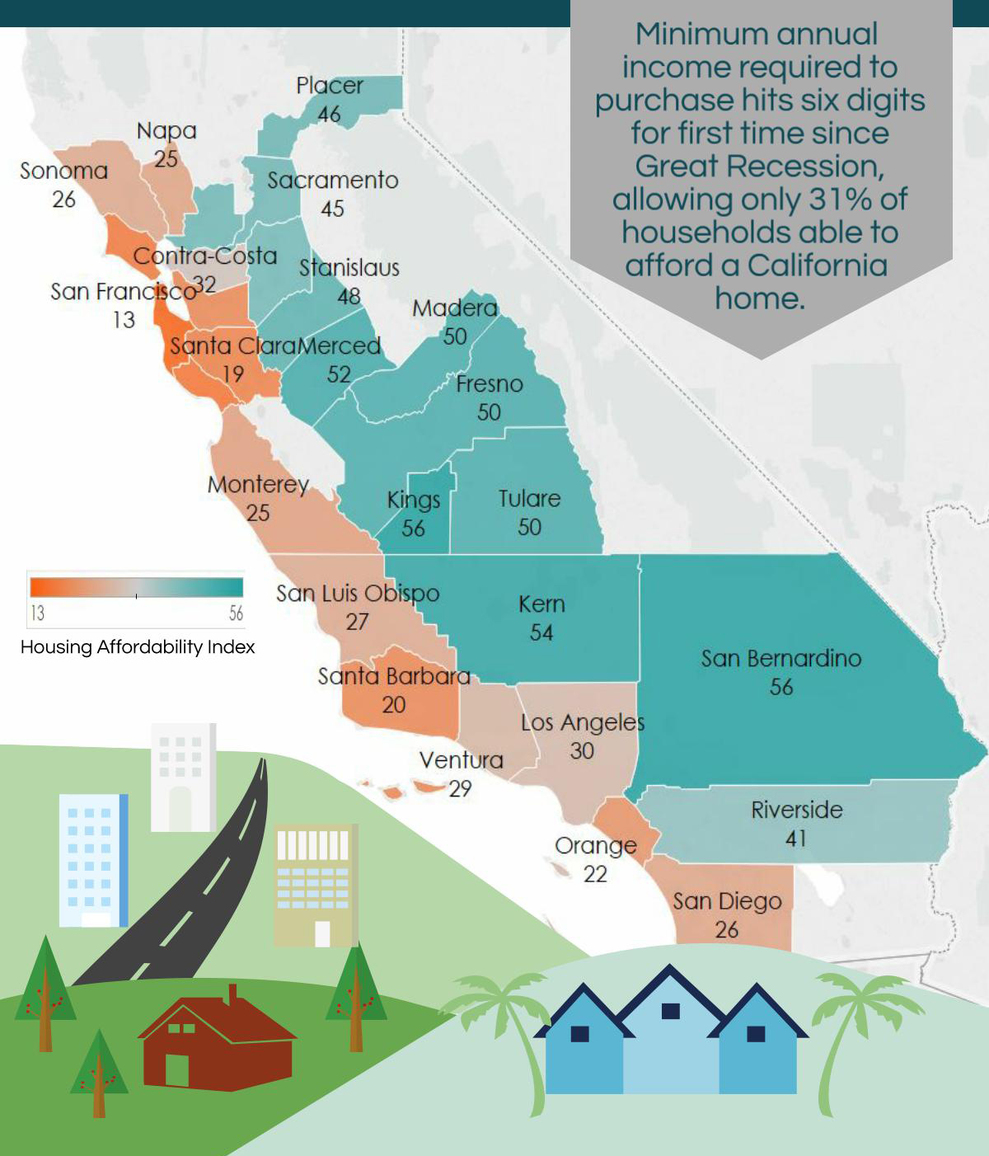