Residential News » Las Vegas Edition | By Michael Gerrity | May 7, 2020 8:00 AM ET
Signup for Our Weekly Newsletter »
The Las Vegas Realtors is reporting this week the local Southern Nevada housing market feeling the effects of the worldwide pandemic and economic downturn.

"We're starting to see how this crisis is hitting our housing market," said 2020 LVR President Tom Blanchard. "We expected sales to decline. But I think many people are surprised to see so little change in April compared to last year at this time in the number of people canceling contracts to buy homes here. It's also a good sign to see home prices holding up relatively well. As we keep telling our members, we will get through this by working together."

LVR reported 1,190 canceled sales contacts in April. That's actually down from 1,335 cancelations in April of 2019.

Blanchard pointed out how well the local housing market was performing just two months ago, when LVR reported that existing local home prices finally broke their all-time record. In February 2020, the median single-family home price hit $316,000, topping the previous peak of $315,000 set back in June of 2006. Then March set a new high-water mark with a median home price of $319,000.

According to LVR, the median price of existing single-family homes sold in Southern Nevada hit a post-recession bottom of $118,000 in January of 2012 before rebounding steadily.

Meanwhile, Blanchard said the local housing supply remains tight. The sales pace through April equates to just over a three-month supply of homes available for sale. A six-month supply is considered a more balanced market, he said.

By the end of April, LVR reported 6,043 single-family homes listed for sale without any sort of offer. That's down 18.7% from one year ago. For condos and townhomes, the 1,772 properties listed without offers in April represented a 3.0% drop from one year ago.

LVR reported that 13.0% of all local properties sold in April were purchased with cash. That compares to 21.8% one year ago. That's well below the February 2013 peak of 59.5%, indicating that cash buyers and investors were less active last month in the local housing market.

Despite the coronavirus crisis, the number of so-called distressed sales in April remained near historically low levels. The association reported that short sales and foreclosures combined accounted for 1.5% of all existing local property sales in April. That compares to 3.0% of all sales one year ago, 2.5% two years ago, and 8.4% three years ago.

Blanchard expects distressed sales to remain low, at least during the coming months, due to a 90-day moratorium on evictions and foreclosures ordered March 29 by Nevada Gov. Steve Sisolak.

These LVR statistics include activity through the end of April 2020. LVR distributes statistics each month based on data collected through its MLS, which does not necessarily account for newly constructed homes sold by local builders or homes for sale by owners. 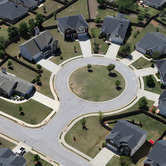 Latin, Black and Asian Households Most Threatened by Coronavirus Layoffs in U.S.

Every industry is feeling the steep downturn.

A national rent increase of 3.3% year over year in February (just before the COVID-19 outbreak in the US ramped up), up slightly from a 3% year-over-year increase in February 2019. 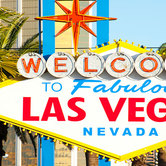 Las Vegas Realtors are reporting this week that existing home prices in Southern Nevada hit a new peak in March 2020, despite the onset of a local and national state of emergency related to the coronavirus pandemic. 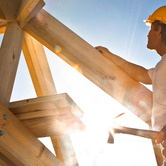