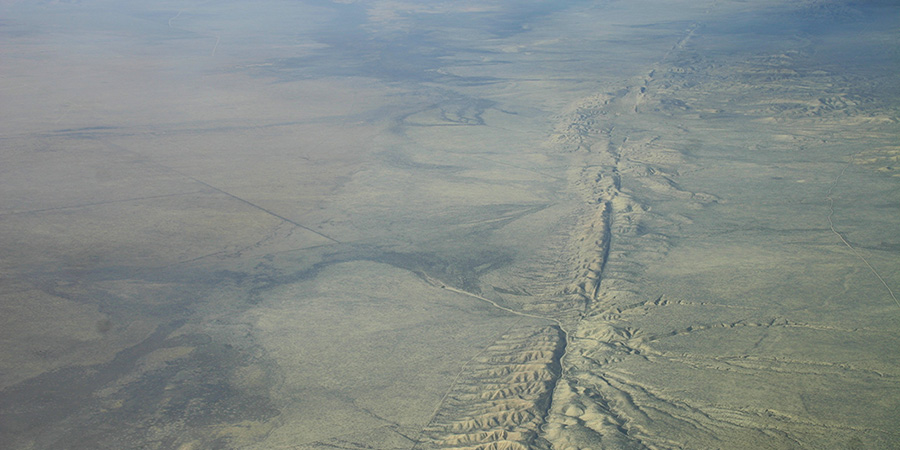 Based on prior California Earthquake Risk Analysis by CoreLogic done in 2016, between 2 and 3.5 million single-family homes in California could be damaged in an earthquake of magnitude 8.0 or higher along the San Andreas Fault. This increase ranges from a 32 to 126 percent, based on the location and rupture area of the earthquake scenario compared to previous estimates, and could have resulted in total Replace Constructive Value (RCV) of more than $289 billion in 2016.

Fast forward to mid-2019, based on the sheer number of added new homes built in California in the last 4 years, coupled with the combined (and fast rising) property values of existing California homes; puts over 4 million combined California homes at risk of significant earthquake damage in 2019, with a combined property replacement value topping over $350 billion. 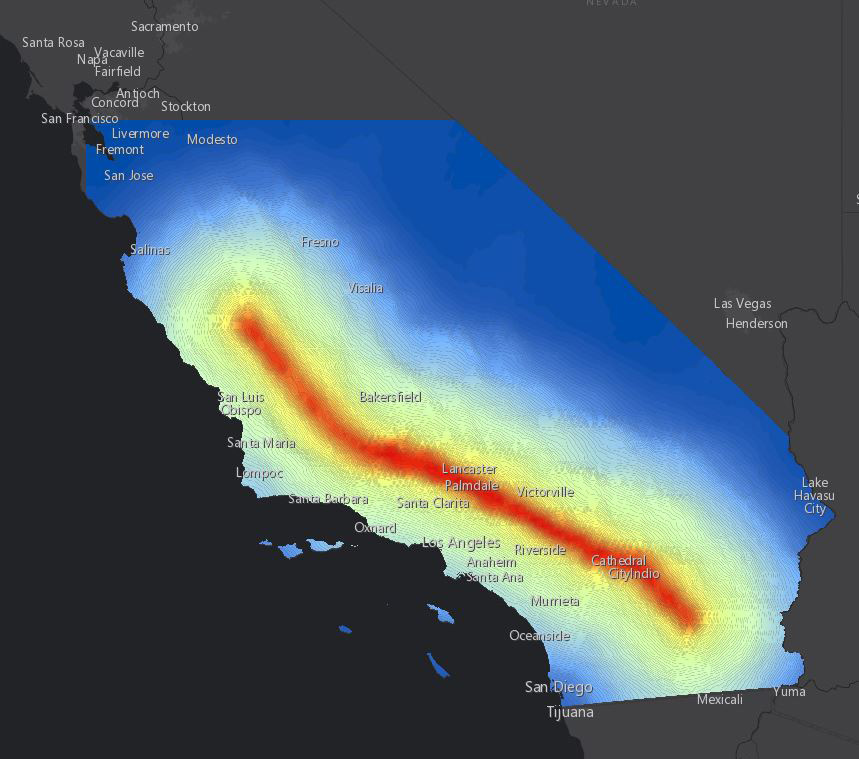 The San Andreas Fault itself runs along the coast of California from Humboldt County in the north down to Imperial County near the Mexico border. The fault runs through high populous areas such as the San Francisco Bay Area and the Greater Los Angeles Area.

The major highlight of the new UCERF3 model is the conclusion that a single large earthquake could now simultaneously rupture the full length of the San Andreas Fault spanning Northern and Southern California. Once considered impossible, the largest earthquakes (magnitude 8.0 and higher) can now cause damage over a much larger area, affecting a greater population and causing even more property damage than previously understood. Risk managers have traditionally viewed Northern California and Southern California earthquake risk as uncorrelated because of the perceived independence of the faults in the northern and southern regions of the state.

Based on UCERF3 hazard data, the new modeled view of earthquake risk in California from CoreLogic illustrates that there is now a higher conditional probability of losses impacting both regions simultaneously.

The extent of impact of a magnitude 8.3 earthquake in California has increased with the longer fault rupture, extending nearly the full length of the San Andreas Fault, from Mendocino County to Riverside County.

The previous earthquake risk based on UCERF2 considered a magnitude 8.3 event to be limited to independent regional impacts in Northern or Southern California. Therefore, the UCERF2 comparison was for two separate events of magnitude 8.3 which impacted each region separately.

When comparing a magnitude 8.3 earthquake based on the updated UCERF3 model, to the previous model, the extent of a larger rupture area becomes more apparent. The comparison shows an increase in damaged homes, primarily in Northern California, ranging from 1.6 million, to 3.5 million across the state. Of these damaged homes, the total RCV equates to approximately $289 billion in 2016, an increase of 79 percent from the UCERF2 model.

Comparing a magnitude 8.3 earthquake based on the UCERF3 model to the former UCERF2 model, the extent of a larger rupture area becomes more apparent with an increase in damaged homes, primarily in Southern California, ranging from 2.3 million, to 3.5 million across the state. Of these damaged homes, the total RCV equates to approximately $289 billion in 2016, an increase of 111 percent from the UCERF2 model.

From an earthquake hazard perspective, the key objective for the revised UCERF3 is to define the frequency and distribution of earthquakes, both on and off seismically active faults in California. While re-evaluating the magnitude-frequency distribution of earthquakes in California, the UCERF3 team worked to obtain a pattern that more closely matched the historical record, or what's known in the seismological community as, a pure Gutenberg-Richter relationship. The only way to achieve this was to relax the fault segmentation and allow earthquakes to rupture, either on multiple segments of faults or along multiple faults within close proximity of each other.

Compared to the estimations based on the UCERF2 model, the findings showed an increase in rupture lengths and that larger magnitudes result in earthquakes with both longer rupture areas and larger footprints of damage. In particular, the San Andreas Fault has always been viewed as two independent segments, with earthquake ruptures on the northern and southern fault segments deemed as mutually exclusive of one another. This implied that a single earthquake could not rupture both segments of the fault, which are separated by an aseismic section known as the creeping segment. 4 With the new UCERF3 methodology, the northern and southern San Andreas faults now have the potential to rupture together in a very large earthquake causing simultaneous impact in both Northern and Southern California. 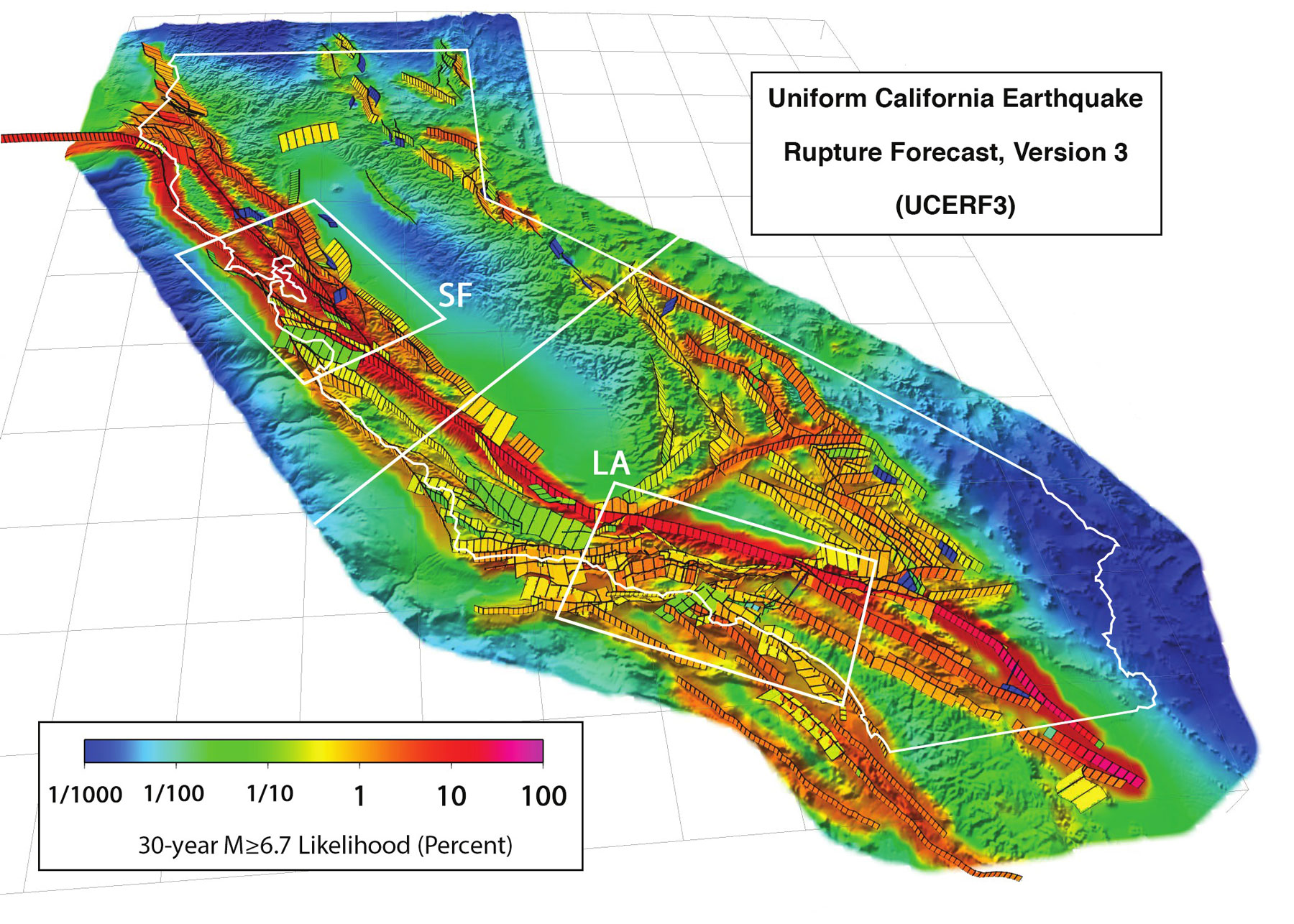