According to the California Association of Realtors, California home sales softened in May 2015, but the housing market momentum continued to be solid as the spring home-buying season marked higher year-over-year home sales and prices for the fourth straight month.

Home sales rose above the 400,000 mark in May for the second straight month since October 2013 and were the second highest level in nearly two years. Closed escrow sales of existing, single-family detached homes in California totaled a seasonally adjusted annualized rate of 423,360 units in May, according to information collected by C.A.R. from more than 90 local REALTOR® associations and MLSs statewide. The statewide sales figure represents what would be the total number of homes sold during 2015 if sales maintained the May pace throughout the year.  It is adjusted to account for seasonal factors that typically influence home sales.

The May figure was down 1.1 percent from the revised 427,880 homes sold in April, slightly below the long-run April-to-May average sales increase of 0.6 percent. Home sales were up 8.9 percent from a revised 388,690 in May a year ago though, and the statewide sales figure so far has outpaced last year by more than 5 percent.

"The spring home-buying season continues to be strong, especially in areas where insufficient housing supply is less of an issue," said C.A.R. President Chris Kutzkey. "With mortgage interest rates edging up recently and an imminent increase in rates by the Federal Reserve, housing affordability concerns will be heightened but may also prompt prospective buyers to feel a sense of urgency to enter the market."

The median price of an existing, single-family detached California home edged up in May from both the previous month and year for the fourth consecutive month. The median home price was up 0.8 percent from $481,880 in April to $485,830 in May, the highest level since November 2007. May's median price was 4.4 percent higher than the revised $465,470 recorded in May 2014. The median sales price is the point at which half of homes sold for more and half sold for less; it is influenced by the types of homes selling as well as a general change in values.

"A healthy growth rate in home prices is an essential ingredient to a sustainable housing market recovery," said C.A.R. Vice President and Chief Economist Leslie Appleton-Young. "With the statewide median price increasing at a pace more in line with the historical norms since late 2014, regional markets across the state are finally showing sales improvements this year."

Other key points from C.A.R.'s May 2015 resale housing report include: 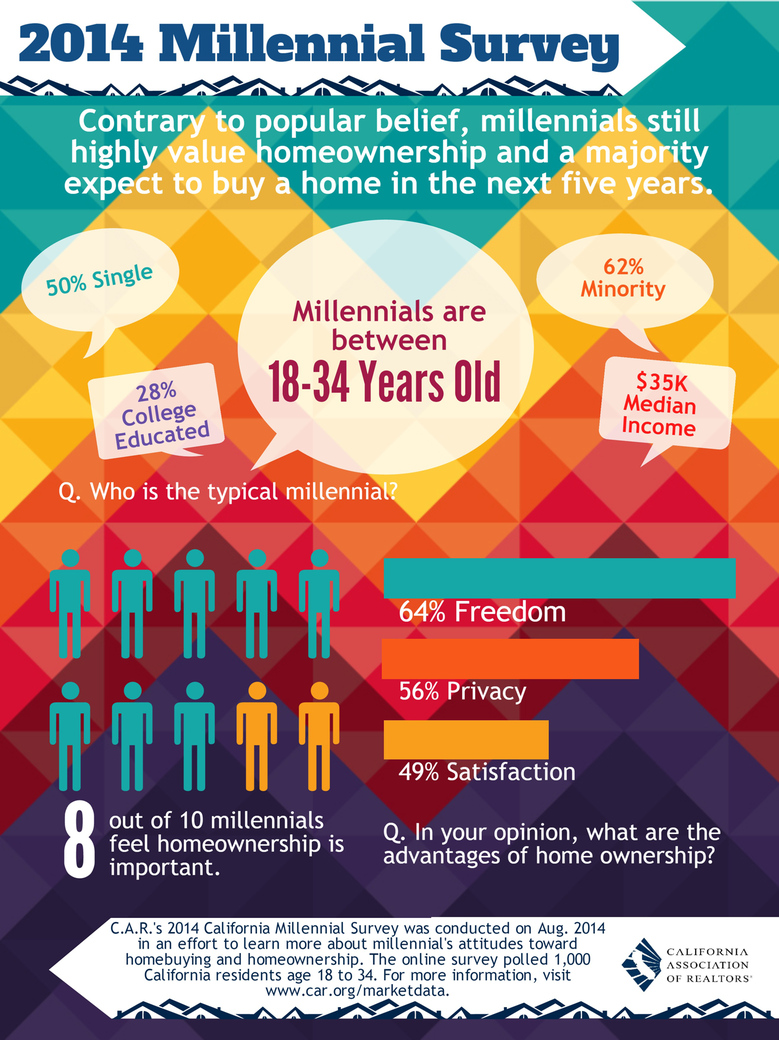