According to the California Association of Realtors (C.A.R.), California housing affordability improved from third-quarter 2014 but dipped when compared to a year ago, as lower interest rates failed to offset higher home prices.

The percentage of home buyers who could afford to purchase a median-priced, existing single-family home in California in fourth-quarter 2014 edged up to 31 percent from the 30 percent recorded in the third quarter of 2014 but was down from a revised 32 percent in fourth-quarter 2013, according to C.A.R.'s Traditional Housing Affordability Index (HAI).  This is the seventh consecutive quarter that the index was below 40 percent and is near the mid-2008 level of 29 percent.  California's housing affordability index hit a peak of 56 percent in the first quarter of 2012.

Home buyers needed to earn a minimum annual income of $91,550 to qualify for the purchase of a $452,140 statewide median-priced, existing single-family home in the fourth quarter of 2014.  The monthly payment, including taxes and insurance on a 30-year, fixed-rate loan, would be $2,290, assuming a 20 percent down payment and an effective composite interest rate of 4.2 percent.  The effective composite interest rate in third-quarter 2014 was 4.23 percent and 4.43 percent in the fourth quarter of 2013.

Key points from the fourth-quarter 2014 Housing Affordability report include: 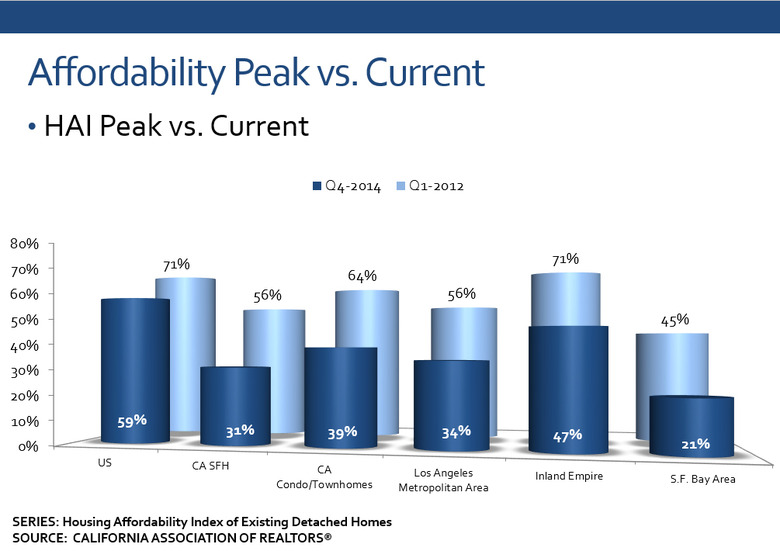 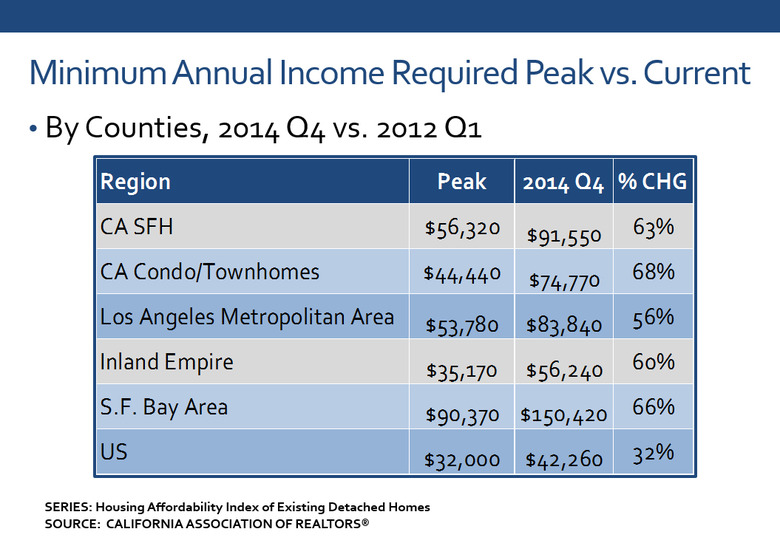 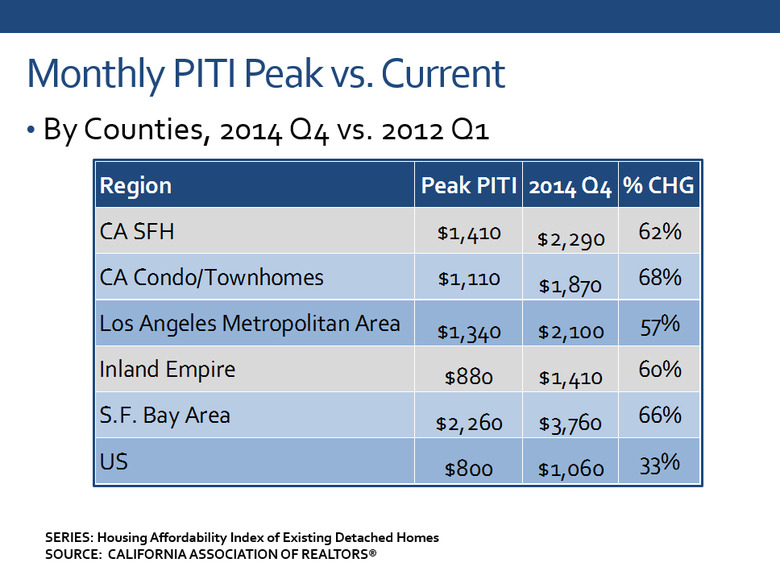