According to RealtyTrac's first-ever U.S. Home Equity Line of Credit Trends Report, in the 12 months ending June 2014 a total of 797,865 Home Equity Lines of Credit (HELOCs) were originated nationwide, up 20.6 percent from a year ago and the highest level since the 12 months ending June 2009. The report also shows HELOC originations accounted for 15.4 percent of all loan originations nationwide during the first eight months of 2014, the highest percentage since 2008.

"This recent rise in HELOC originations indicates that an increasing number of homeowners are gaining confidence in the strength of the housing recovery and, more importantly, have regained much of their home equity lost during the housing crisis," said Daren Blomquist. "Nearly 10 million homeowners nationwide, representing 19 percent of all homeowners with a mortgage, now have at least 50 percent equity in their homes, according to RealtyTrac data. Meanwhile the percentage of homeowners with severe negative equity has decreased from 29 percent in the second quarter of 2012 to 17 percent in the second quarter of this year.

"The rise in HELOCs also reflects a natural evolution for a lending industry looking for products they can offer to homeowners who have already refinanced their first position loan into a low fixed rate," Blomquist added. "A HELOC enables homeowners to leverage additional equity they may have gained since refinancing while still preserving the rock-bottom interest rate on their first position loan."

HELOC originations were below their previous peaks in 49 out of the nation's 50 largest metro areas. The only exception was Pittsburgh, where HELOC originations reached a new peak in the 12 months ending in June 2014. 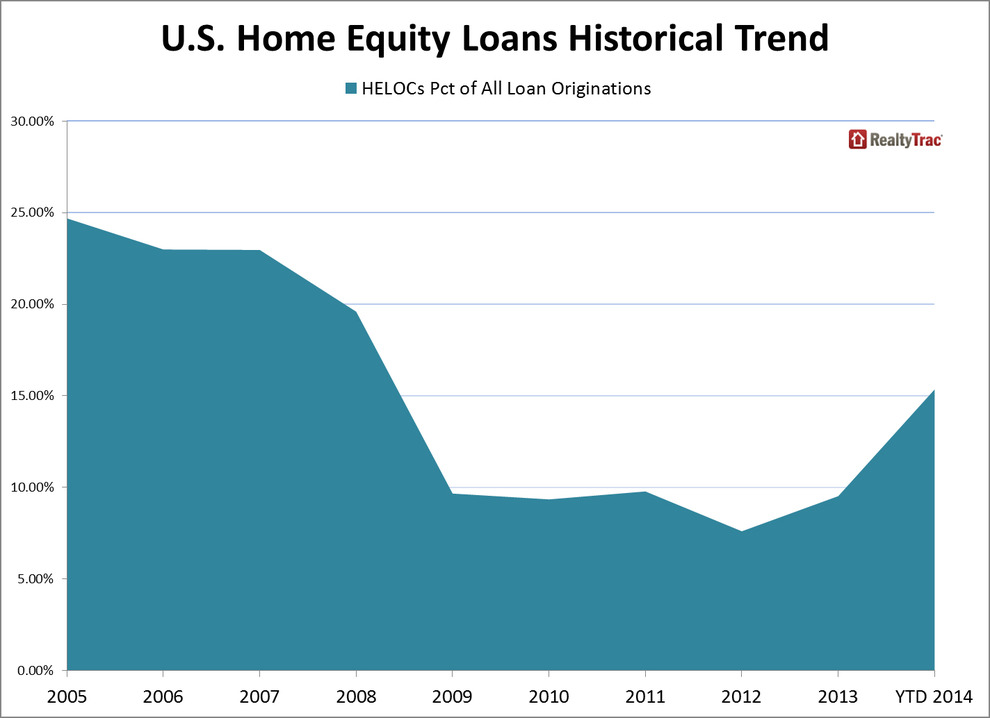 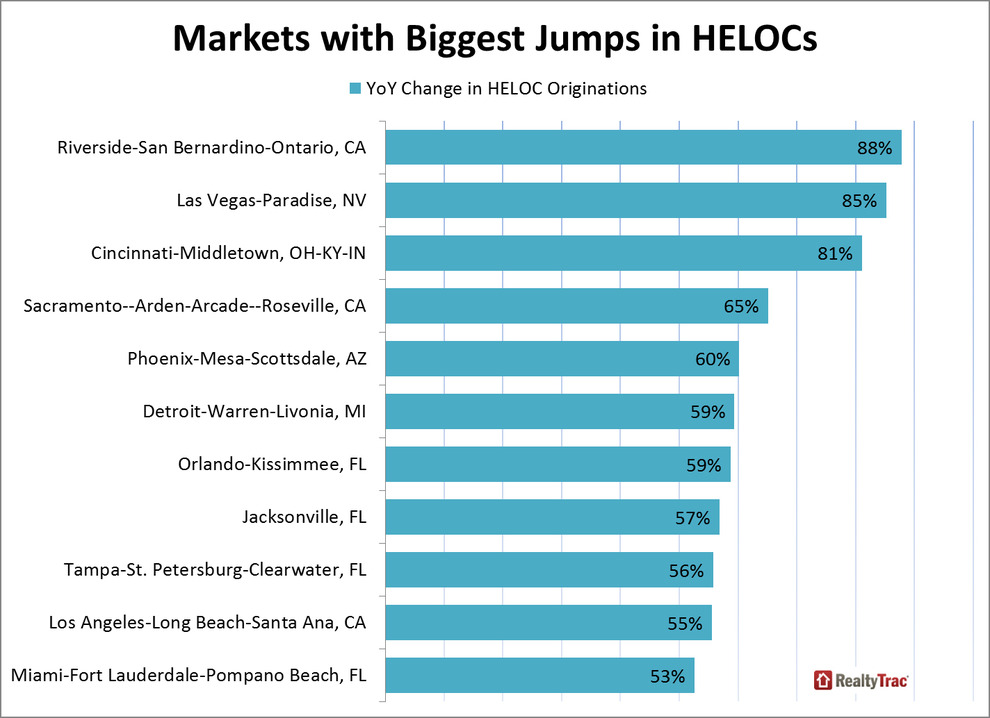 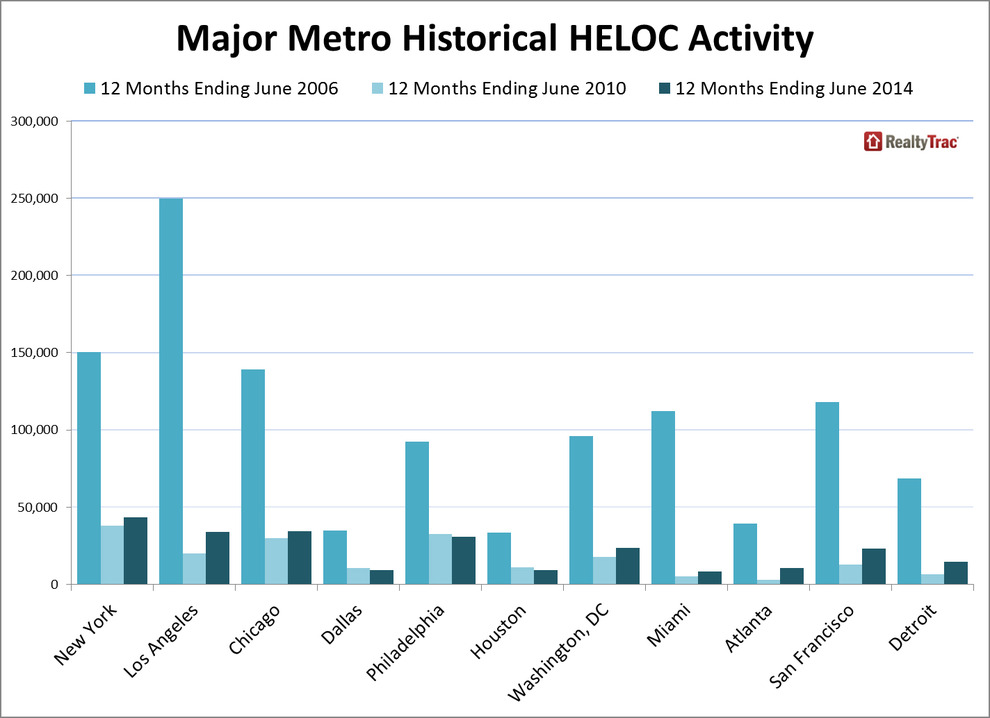