Email Sign Up For Our Free Weekly Newsletter
Renters paid a record-high $512.4 billion in U.S. housing rent in 2019 alone

Based on new Zillow research, U.S. renters spent a cumulative $4.5 trillion on rent during the 2010s. That's more than the GDP of Germany or the combined market values of Apple, Microsoft, Amazon and Alphabet.

The current median rent is $1,600 per month, up 2.3% from a year ago. Rent prices have been on the rise since 2012, creating an affordability crunch that has led many renters to make sacrifices in order to pay their rent, including living with roommates longer, or reducing their savings for a down payment. Nationally, rent prices grew the fastest in June 2015, when the U.S. median rent rose 6.5% annually.

However, the rental market stabilized toward the end of the decade - annual rent growth slowed to less than 1% in late 2017 before ticking back up. By the end of the year 2020, Zillow predicts rent growth will slow slightly once more, stabilizing in line with wage growth and inflation at a rate just under 2% annually.

"While the total amount of rent paid has increased each year this decade, that trend is by no means immutable," said Zillow Group Economist Joshua Clark. "With rental appreciation expected to decrease in the coming year and a homeownership rate that has been ticking up over the past few years, a small or even negative change in total rental spending could be in the cards in the early 2020s."

However, comparatively more affordable metro areas in Southern states have seen some of the most significant rent price growth throughout the past decade. In Austin and Raleigh, the total amount of money spent on rent in a year has nearly doubled since 2009. Renters in Austin spent $4.7 billion on rent in 2019, compared to $2.5 billion in 2009. Renters in Raleigh spent a cumulative $2 billion on rent in 2019, up from $1.1 billion in 2009. 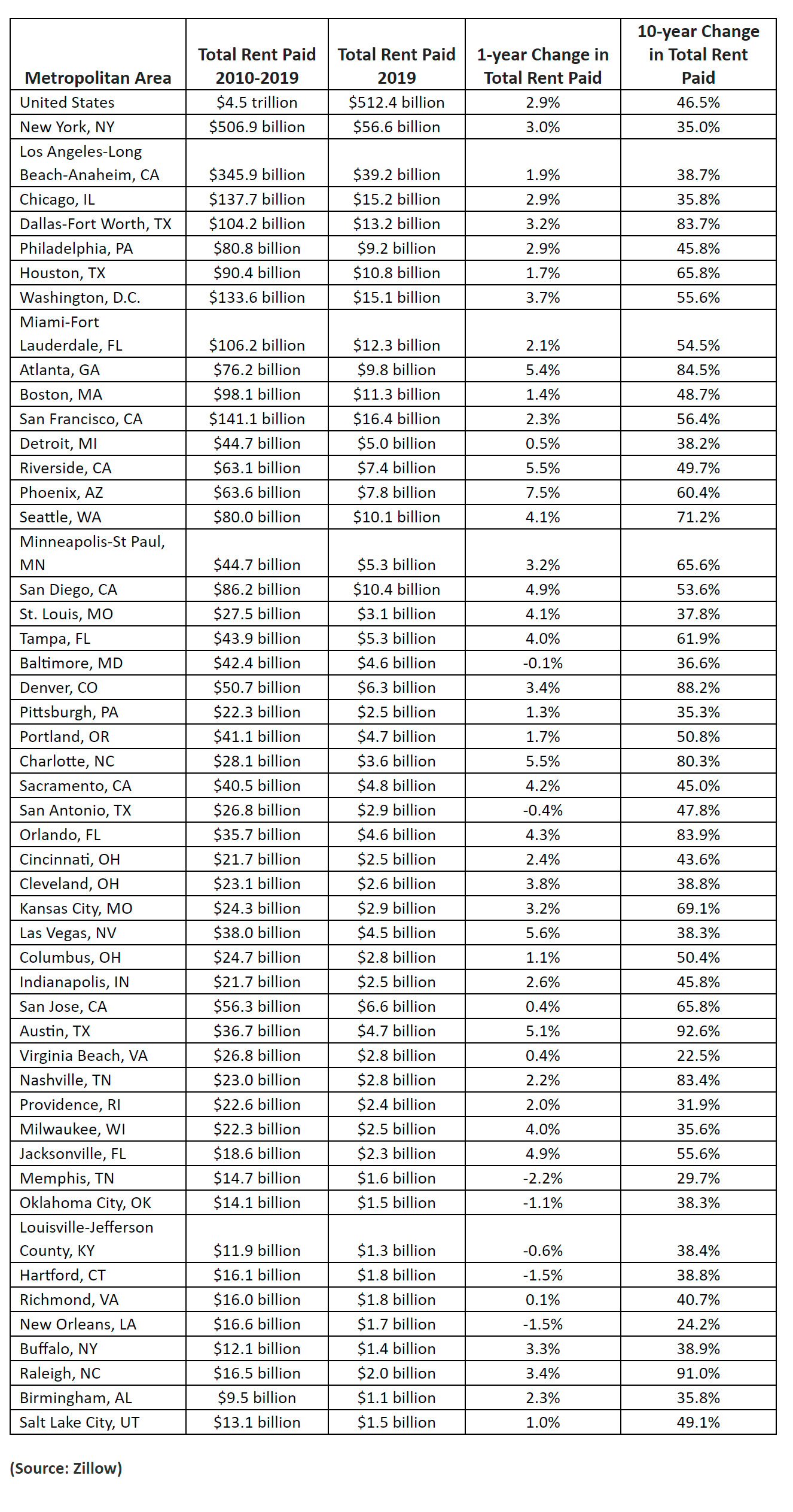