According to the National Association of Realtors, U.S. existing-home sales rebounded in September 2021 after seeing sales wane the previous month.

Each of the four major U.S. regions witnessed increases on a month-over-month basis. From a year-over-year timeframe, one region held steady while the three others each reported a decline in sales.

Total existing-home sales completed transactions that include single-family homes, townhomes, condominiums and co-ops, rose 7.0% from August to a seasonally adjusted annual rate of 6.29 million in September. However, sales decreased 2.3% from a year ago (6.44 million in September 2020).

"Some improvement in supply during prior months helped nudge up sales in September," said Lawrence Yun, NAR's chief economist. "Housing demand remains strong as buyers likely want to secure a home before mortgage rates increase even further next year."

"As mortgage forbearance programs end, and as homebuilders ramp up production - despite the supply-chain material issues - we are likely to see more homes on the market as soon as 2022," said Yun.

"First-time buyers are hit particularly hard by the historically high home prices as they largely do not have the savings required to buy a home or equity to offset such a purchase," said Yun.

Distressed sales - foreclosures and short sales - represented less than 1% of sales in September, equal to the percentage seen a month prior and equal to September 2020. 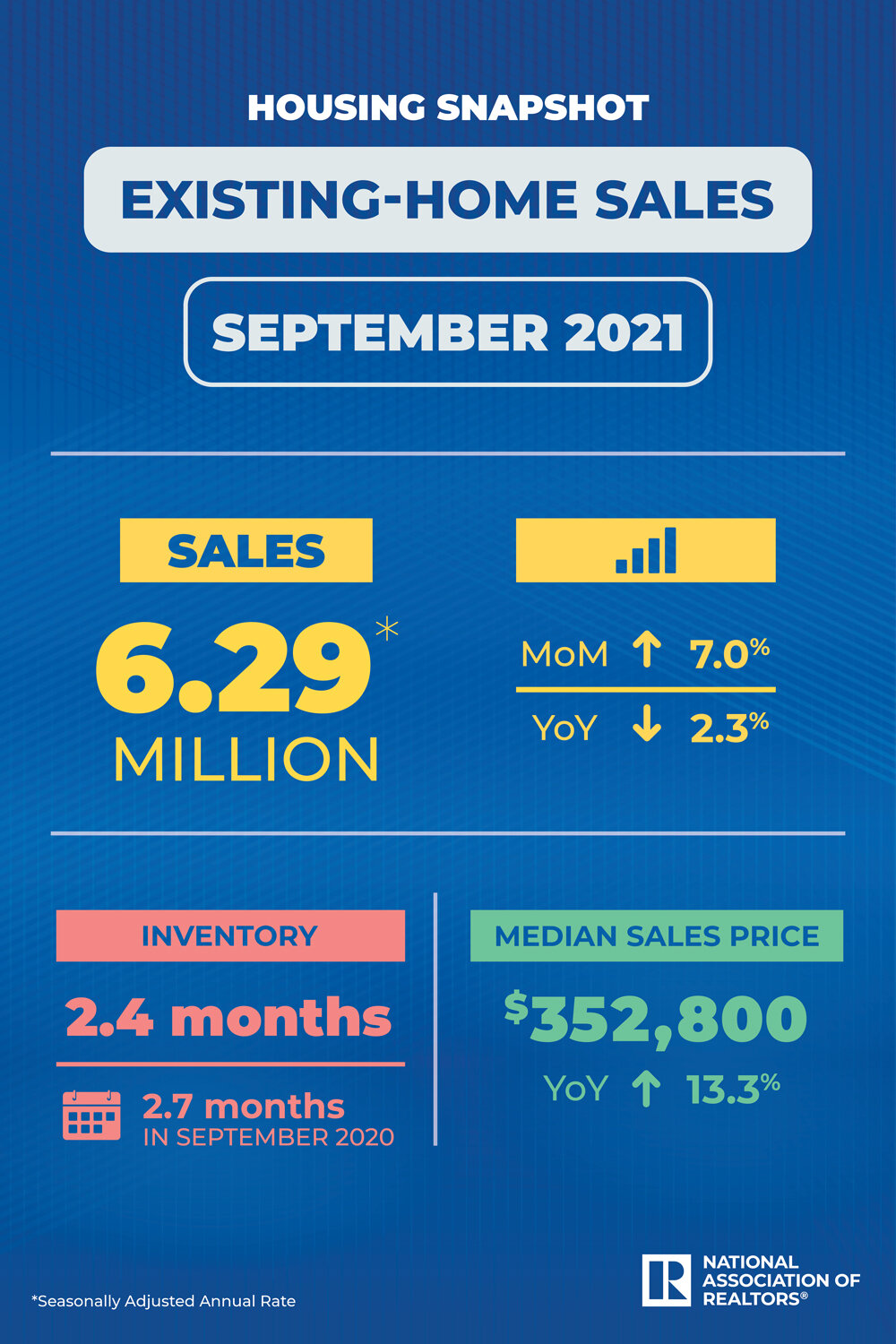