West Coast Sellers Cashing In the Most on Record U.S. Home Values

According to Zillow, holding onto your home for a long period of time over the last decade meant a serious return on investment, especially in some of the nation's hottest housing markets. Zillow reports housing markets like Oakland, Calif. and Portland, Ore. top the list of U.S. cities where home sellers saw the greatest return.

Nationally, it's financially advantageous to buy a home rather than rent if you plan on living in it for at least two years and one month, but staying much longer than that has really paid off. U.S. homeowners who lived in their home for about 7 ½ years gained almost $40,000on the sale of their home -- 24 percent more than what they initially paid.

The housing market recovery has sent home values roaring higher in the past several years, especially in West Coast cities that are attracting people with well-paying jobs. Despite the opportunity to cash in on record-high home values, some homeowners choose not to sell because they don't want to become buyers in a competitive market.

Low inventory and strong demand are driving up home values in these popular markets, making it difficult for aspiring buyers to find a home, but providing a good opportunity for homeowners looking to sell.

"The housing market can change a lot in 10 years, and you see that reflected in this top 10 list," said Zillow Chief Economist Dr. Svenja Gudell. "Buying a home is one of the biggest financial decisions people will make in their lifetime, and it really paid off for sellers in these cities. Every city on this list has been growing extremely fast over the past decade, with the majority passing peak home value hit during the housing bubble. It's extremely difficult to time the market, but if you're a longtime homeowner in one of these cities, you could potentially see a great return on your investment."

Among Zillow's top 10 list, three cities have home values growing in the double-digits. In Seattle, home values rose 15.5 percent year-over year, the fastest growing among the list, followed by Boston and Sacramento, Calif. 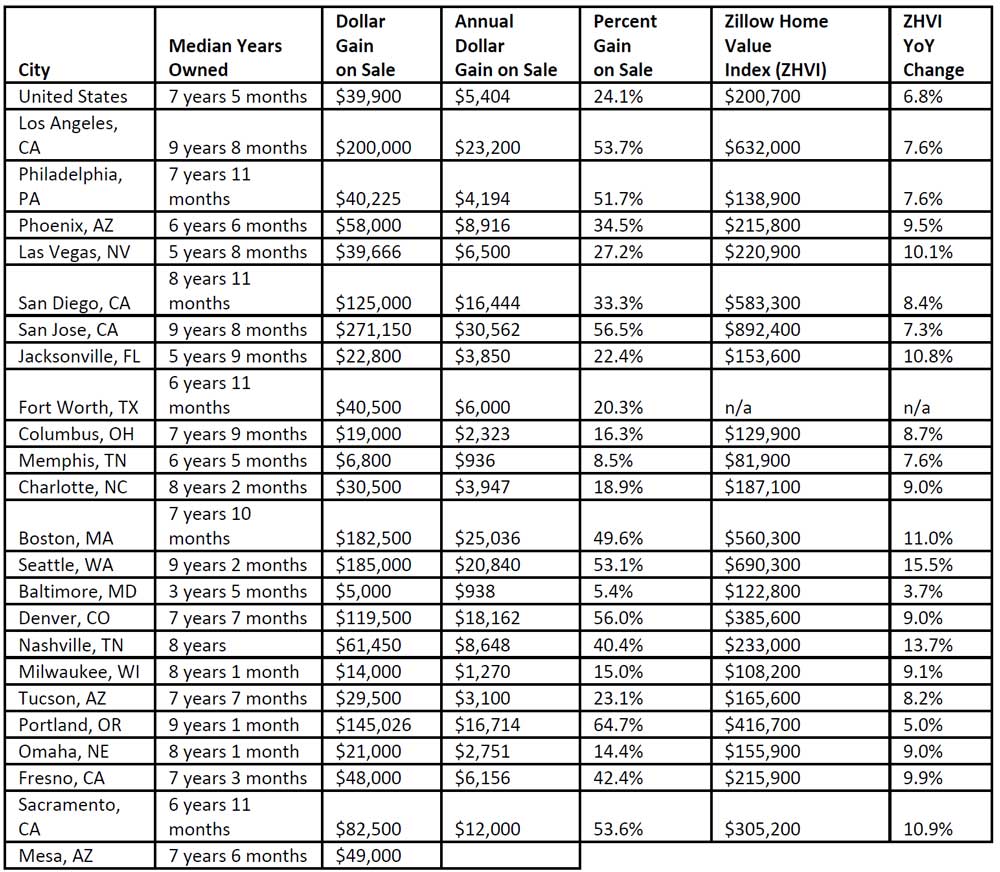