According to Irvine, Ca-based RealtyTrac's March and Q1 2016 U.S. Home Sales Report,  U.S. home sellers in March on average sold for $30,500 more than they purchases for, a 17 percent average gain in price -- the highest average price gain for home sellers in any month since December 2007 at the onset of the Great Recession.

"Home sellers in many markets are now seeing average price gains close to or above what home sellers experienced during the last housing boom," said Daren Blomquist, senior vice president at RealtyTrac. "That should encourage more homeowners to take advantage of the prime seller's market and list their homes for sale this year. Banks are already taking advantage of that market as evidenced by the uptick in the distressed sales share over the last two quarters.

"Given that bank-owned homes are selling at a median price that is 40 percent below the overall median sales price nationwide, the uptick in distressed sales combined with affordability constraints are contributing to faltering home price appreciation in some markets -- most notably the bellwether markets of Washington, D.C. and San Francisco" Blomquist added.

"Over the past year Seattle-area home prices have risen 11 percent to $360,000," said Matthew Gardner, chief economist at Windermere Real Estate, covering the Seattle market. "While we're not quite to our 2007 peak, this does officially push us into the top 10 highest median home prices in the country -- a list traditionally dominated by Californian markets. Despite the pace at which home prices have been rising in Seattle, I'm not concerned about a bubble. Mortgage rates remain very favorable, and our region's high performing economy continues to boost the local housing market."

The median sales price of single family homes and condos in March was $210,000, up 9 percent from the previous month and up 11 percent from a year ago. March was the 49th consecutive month with a year-over-year increase in the U.S. median home price, which is still 8 percent below its previous peak of $228,000 in July 2005.

"With low available listing inventories, coupled with investors continuing to realize higher rental returns, many are anticipating continued sales price increases through the remainder of the year," said Michael Mahon, president at HER Realtors, covering the Cincinnati, Dayton and Columbus markets in Ohio. "Due to this high demand, many home buyers are finding themselves in multiple-offer situations, and often times paying higher than list price."

Distressed sales up quarterly for second consecutive quarter, still down from year ago

Among 110 metro areas with at least 1,000 single family and condo sales in the first quarter, those with the highest share of distressed sales were Chicago, Illinois (31.0 percent); Flint, Michigan (29.9 percent); Baltimore, Maryland (28.8 percent); Tallahassee, Florida (28.1 percent); and Jacksonville, Florida (27.6 percent).

Metros with the biggest year-over-year increase in share of distressed sales were Little Rock, Arkansas (up 45 percent); Buffalo, New York (up 30 percent); Pittsburgh, Pennsylvania (up 16 percent), Milwaukee, Wisconsin (up 14 percent); and Greeley, Colorado (up 12 percent).

Among the nation's 20 largest metro areas, three reported a year-over-year increase in the share of distressed sales: New York (up 3 percent); Washington, D.C. (up 4 percent); and Boston (up 5 percent).

Bank-owned homes nationwide in March sold for a median price of $81 per square foot, 34 percent below the median $123 per square foot for all homes. That was up from a price-per-square foot REO discount of 33 percent in both the previous month and a year ago.

All-cash sales represented 31.8 percent of all U.S. single family and condo sales in the first quarter, down from 32.8 percent in the previous quarter and down from 35.4 percent a year ago -- the 12th consecutive quarter with an annual decrease.

Among 110 metro areas with at least 1,000 single family and condo sales in the first quarter, those with the top five highest share of all-cash buyers were all in Florida: Naples, (57.1 percent); Miami (53.9 percent); North Port-Sarasota-Bradenton (53.4 percent); Palm Bay-Melbourne-Titusville (52.7 percent); and Ocala (51.6 percent).

Buyers using loans backed by the Federal Housing Administration (FHA)  -- typically first-time buyers or boomerang buyers with a low down payment -- accounted for 15.2 percent of all single family and condo sales in the first quarter, up from 14.8 percent in the previous quarter and up from 13.5 percent a year ago. 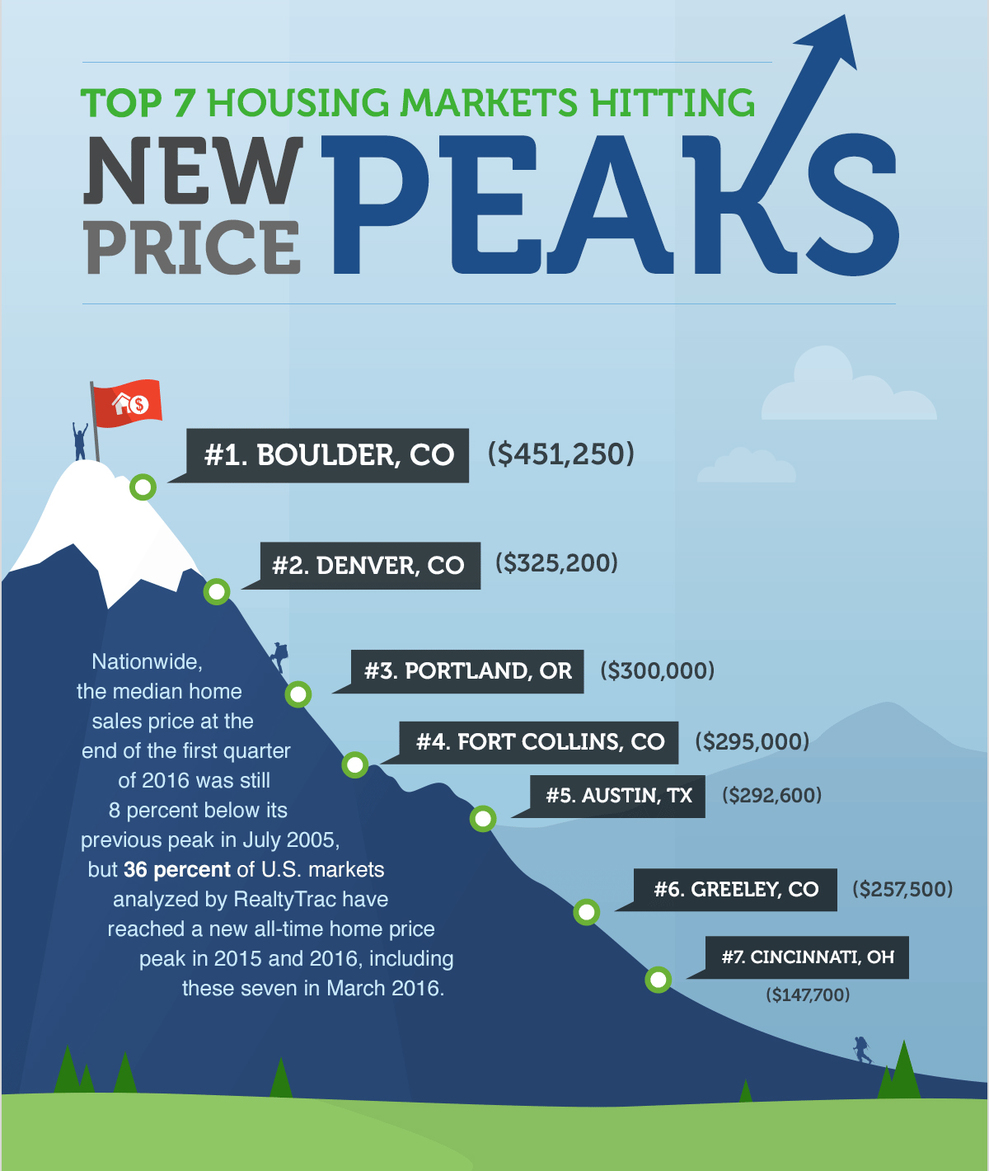