Designed by Miami-based Architecture firm Arquitectonica and interiors by acclaimed design firm Richardson Sadeki, Rise is artfully integrated into the master-planned Brickell City Centre. Comprised of one-to-four bedroom apartments and seven penthouses, the 390 homes are priced from $550,000 to $2.7 million. 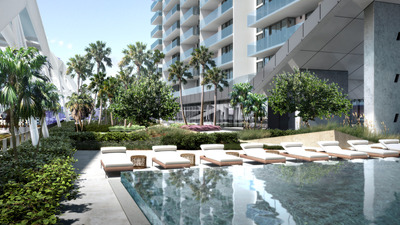 "Brickell City Centre is a testament to a city that is rapidly growing and demanding a more sophisticated, connected and accessible urban core," said Maile Aguila, senior vice president of sales for Swire Properties. "Miami, as an international gateway city, is embracing a more dynamic metropolitan way of living, working and playing, which is evidenced by the spurred sales at this forward-thinking project," she said.

According to a new U.S. housing report from Redfin, just 9% of offers written by Redfin agents on behalf of their homebuying customers faced a bidding war nationwide in December 2019, down from 12% a year earlier and setting another new 10-year low.