According to the Miami Association of Realtors, Miami single-family home and condominium sales surged in October, exceeding record activity in 2013. 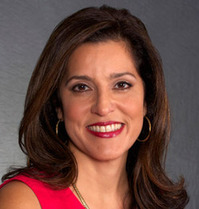 "Miami continues to experience population growth, interest from foreign and domestic second home buyers, and economic expansion," said 2014 Chairman of the Board of the Miami Association of Realtors Liza Mendez. "The Miami real estate market continues to strengthen due to demand for local properties, as evidenced by sales that exceed record activity in 2013."

The median number of days on the market for single-family homes sold in October was just 43 days, an increase of 7.5 percent from October 2013. The average percent of original list price received was 95.3 percent, down a negligible 1.0 percent from a year earlier.

The median number of days on the market for condominiums sold in October was 58 days, an increase of 31.8 percent compared to the same period in 2013. The average sales price was 93.7 percent of the asking price, a decrease of 3.9 percent.

Nationally, sales of existing single-family homes, townhomes, condominiums, and co-ops also bounced back in October, increasing 1.5 percent from September and 2.5 percent below what they were in October 2013, according to the National Association of Realtors (NAR).  Statewide closed sales of existing single-family homes totaled 21,894 in October, up 17.8 percent compared to the year-ago figure, according to Florida Realtors. Statewide sales of condominiums totaled 9,377, up 7.4 percent from October 2013.

The national median existing-home price for all housing types was $208,300 in October, a 5.5 percent increase from October 2013, according to NAR.  The statewide median sale price for single-family existing homes last month was $177,000, up 4.6 percent from the previous year, while that of townhouse-condo properties was $139,900, up 7.7 percent over the previous year.

Since nearly 90 percent of foreign buyers in Florida purchase properties all cash, this continues to reflect the much stronger presence of international buyers in the Miami real estate market.

While traditional sales continue to increase, distressed property transactions in October again declined in Miami-Dade due to fewer short sales.  In October, only 34.9 percent of all closed residential sales in Miami-Dade County were distressed, including REOs (bank-owned properties) and short sales, compared to 38.2 percent in October 2013.

Short sales and REOs accounted for 8.0 and 26.9 percent, respectively, of total Miami sales in October.  Sales of REOs increased 30.1 percent while that of short sales declined by 43.6 percent.

After three years of record sales activity that resulted in an inventory shortage, seller confidence continues to result in more properties being listed for sale in Miami.  But new listings are now increasing by narrower margins.

At the end of the October, total housing inventory nationally declined 2.6 percent to 2.22 million existing homes available for sale compared to the previous month, which represents a 5.1-month supply at the current sales pace.  Unsold inventory nationally is 5.2 percent higher than a year ago.

Strong sales in the coastal new construction condominium Miami market (east of I-95) continue to reflect significant demand for new properties, according to the latest New Construction Market Status Report released today by Cranespotters.com and MIAMI.

At the end of October, there were nine (9) towers that had been completed in 2014 in Miami-Dade County east of I-95, 54 under construction, and 62 are planned but have not begun development.  There are also 66 towers that have been announced but not approved.

Of the above projects in Miami-Dade: