CDC Says Cruises from U.S. Ports May Resume in July

After preventing cruise ships from launching from U.S. ports for more than a year, the Centers for Disease Control (CDC) in Atlanta released a new timetable in the Framework for Conditional Sailing Order that may allow sailing from ports like Miami and Everglades in Florida as soon as July 2021. 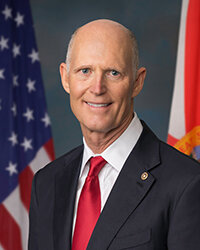 According to a report in USA Today, the timetable depends on cruise organizations following guidelines that require either trial sailings or vaccination for almost the entire crew and passengers. CDC has been under pressure from the industry and Florida Senators Rick Scott and Marco Rubio and Alaska's Sen. Dan Sullivan who filed a lawsuit and new legislation to resume cruises in the summer.

CDC promises to respond to applications for trial sailings within five days rather than the previous up to 60 days. Cruise companies that report 98% of crew and 95% of passengers fully vaccinated will be able to resume trips from the U.S., something not possible since March 2020.

The Cruise Lines International Association estimates that Florida has lost as much as $685 million and 12,000 jobs as a result. Based in Miami, Royal Caribbean Group (NYSE: RCL), Norwegian Cruise Line Holdings (NYSE: NCLH), Virgin Voyages, and Crystal Cruises had said they will require everyone - crew and passengers - to be fully vaccinated, before CDC's new guidelines were issued. As of April 29, CDC reports 43% of Americans received at least one dose of vaccine and 29.5% fully vaccinated. 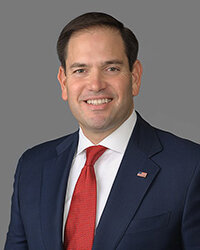 However, the cruise companies need time to re-hire crew and promote voyages in addition to signing contracts with the ports to which they will sail. That's why resumption of launches from U.S. ports is not likely to be earlier than July.

Meanwhile, Virgin Voyages which is part of Richard Branson's Virgin Group will sail for the first time from the UK, not Miami. Scarlet Lady will sail from Portsmouth, England, on August 6. It will not stop at any ports.

Unless the updated CDC guidelines create a change, Virgin will take on the first passengers in Florida on September 22. Prior to Covid 19, it was supposed to launch its operations from Miami a year ago in April 2020. Virgin's second ship, Valiant Lady, is still scheduled to make its debut from South Florida in November.