As Hurricane Ian makes landfall in Southwest Florida today, property data company CoreLogic now estimates that 7,201,572 single- and multifamily residences (SFRs and MFRs) with a combined total reconstruction value (RCV) of $1.6 trillion are within the "moderate" and "high" flash flood risk bands, as forecasted by NHC. 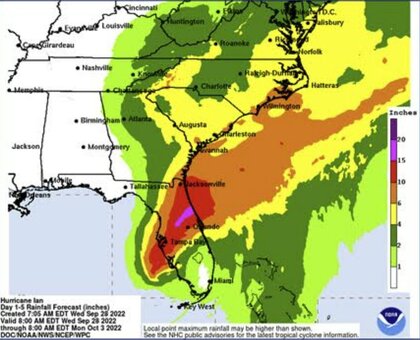 This does not indicate that every single home within these bands will flood, nor that any flooded home will sustain 100% damage up to its full RCV. This estimate accounts for flash flooding only and excludes homes that are at risk to riverine and coastal flooding.

The National Hurricane Center (NHC) currently forecasts that the entire state of Florida is at some level of flash flood risk due to heavy rainfall from Hurricane Ian. Most of the state is at moderate (40%) or greater risk. The cities of Tampa Bay and Orlando have a 70% chance of flash flooding.

Second, Hurricane Ian is moving forward more slowly; Charley made landfall at more than twice the speed of Ian. Both factors have significant impacts on not only the number of homes that will experience hurricane-force winds across Florida, but these factors will greatly magnify the storm surge and precipitation-induced inland flooding.

Hurricane Ian made landfall in a densely populated area with major hurricane-force winds and is expected to remain at hurricane status (with windspeeds over 74 mph) for hours impacting thousands of homes across the entire state. Storm surge depths of up to 18 feet above the ground surface may flood thousands of homes. Finally, constant and often torrential downpours will inundate the relatively flat state of Florida for several days after landfall. As of Sept. 28, five-day rainfall depths of up to 20 inches (Figure 2) are expected across portions of the state. 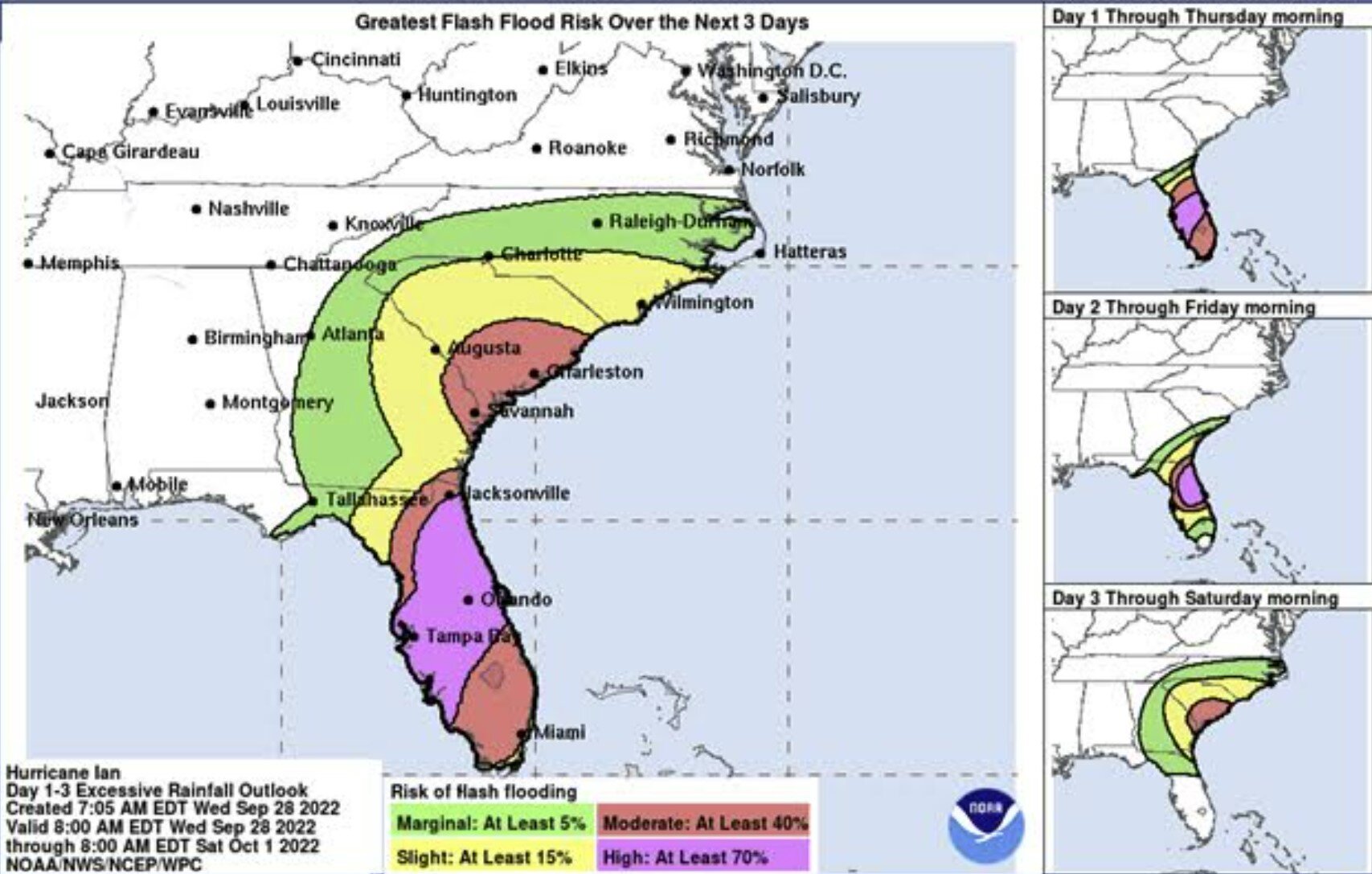