7.1 Million Residential Properties in U.S. Have Negative Equity in Q4


According to RealtyTrac's newly released U.S. Home Equity & Underwater Report for the fourth quarter of 2014, which shows that at the end of the year there were 7,052,570 U.S. residential properties seriously underwater -- where the combined loan amount secured by the property is at least 25 percent higher than the property's estimated market value -- representing 13 percent of all properties with a mortgage.

"Median home prices nationwide bottomed out in March 2012 and since then have increased 35 percent, lifting 5.8 million homeowners out of seriously underwater territory," said Daren Blomquist, vice president at RealtyTrac. "While the remaining seriously underwater properties continue to be a millstone around the neck of some local markets, the growing number of equity rich homeowners should help counteract the downward pull of negative equity in many markets, empowering those housing markets -- and by extension their local economies -- to walk on water in 2015."

"With price escalation returning home values to near peak levels, homeowners who have positive equity have options before they face foreclosure," said Chris Pollinger, senior vice president of sales at First Team Real Estate, covering the Southern California market, where 6 percent of residential properties with a mortgage were seriously underwater in the Los Angeles metro area at the end of 2014 compared to 32 percent that were equity rich.

"I'm happy to report that the number of homeowners in the Seattle area who are underwater continues to decline and foreclosures are falling," said OB Jacobi, president of Windermere Real Estate, covering the Seattle market. "Thanks to Seattle's strong economy and thriving housing market, fourth quarter prices grew by more than 11 percent, enabling many homeowners to recover the equity they lost during the Great Recession."

"Over the last year and a half I have had more people come to me thinking they need a short sale only to be shocked by the current market value and the positive equity in their home," said Frank Duran, broker at RE/MAX Alliance, covering the Westminster, Colo., market in the Denver metro area, where 81 percent of distressed homeowners had positive equity at the end of 2014 -- the highest percentage of any market nationwide -- compared to 9 percent of distressed homeowners seriously underwater.  "We have certainly seen an upward turn in the market."

Markets with most seriously underwater properties 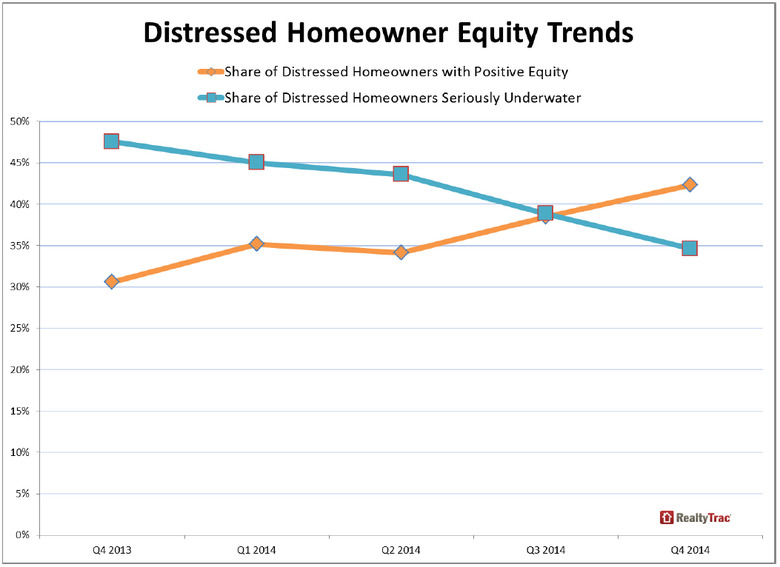 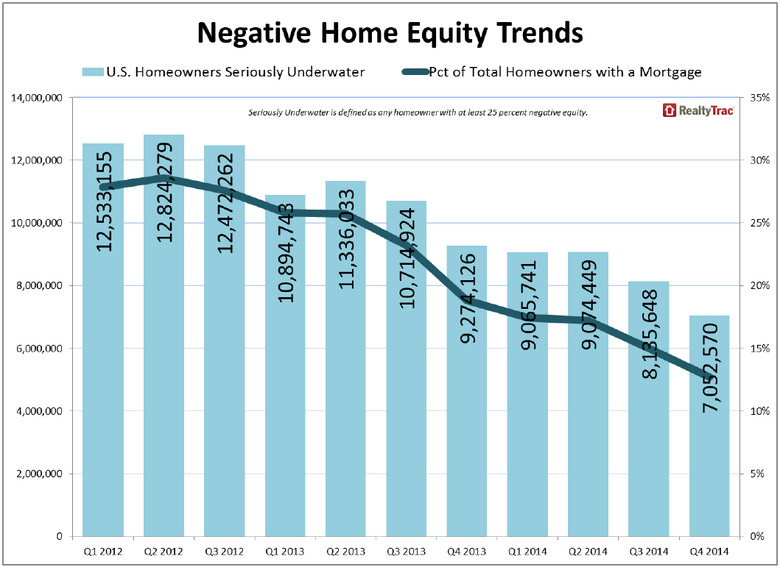 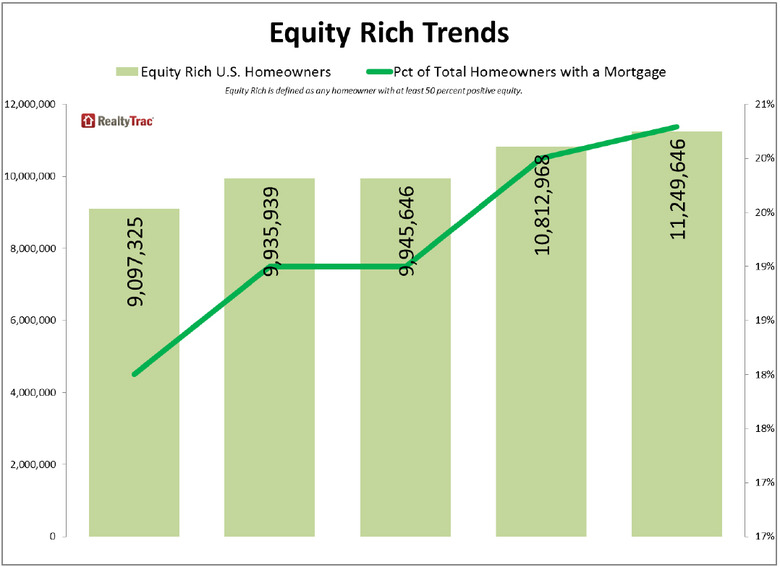 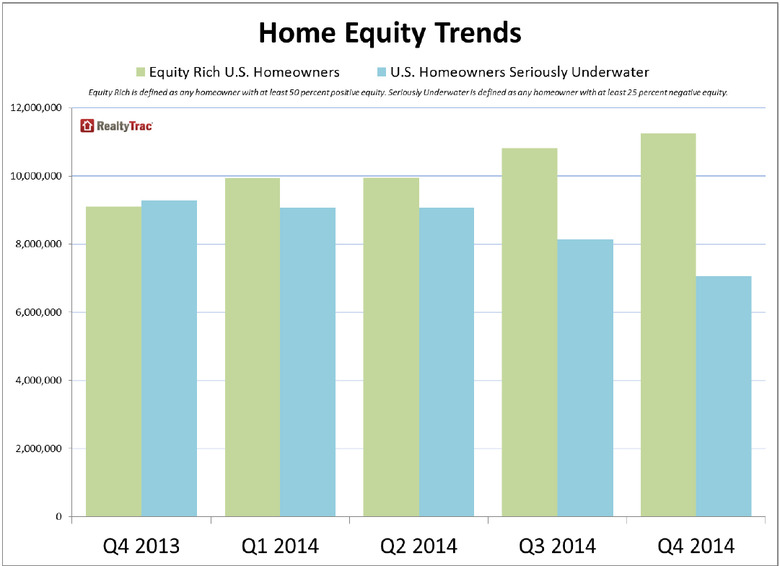 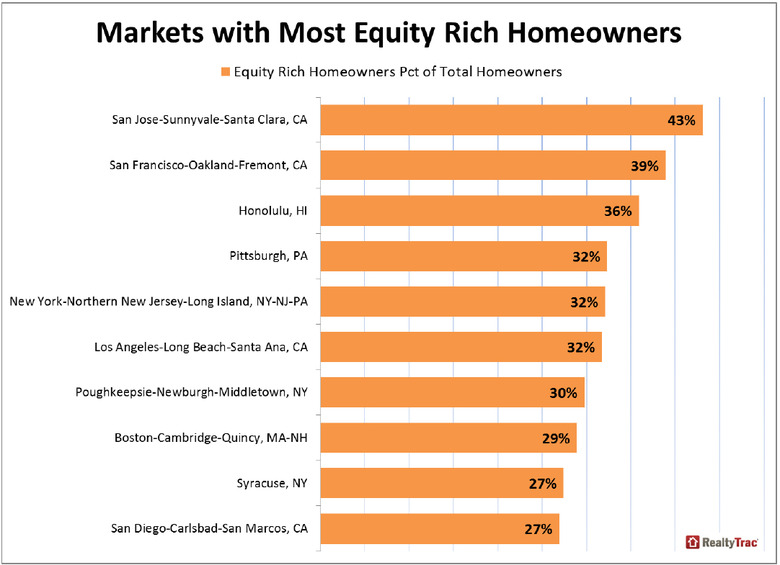 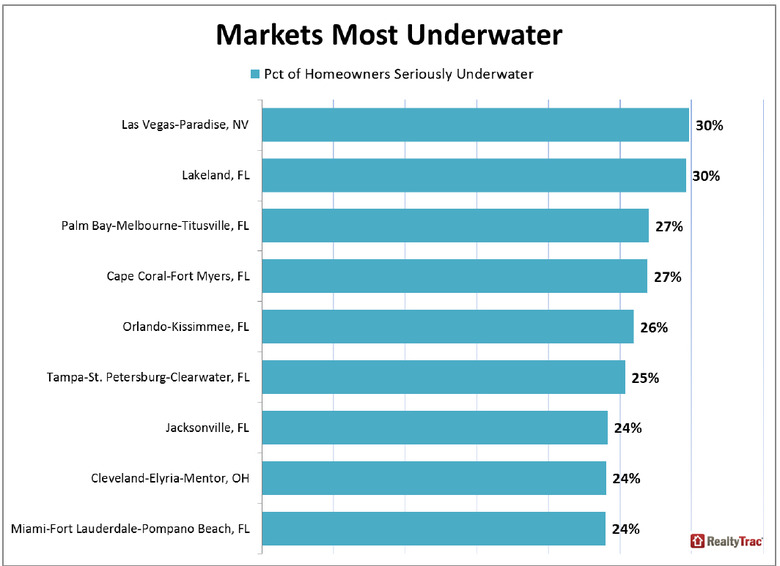