There is a growing Tsunami of money now flowing into the U.S. from the far east.

According to global real estate consultant CBRE, Asian investment in U.S. commercial assets in the first half of 2014 is up over 40% over the same time period in 2013 to $16.1 billion.

Most Active Sources of Capital:

To validate this point, the announcement earlier this week that a Chinese insurance company, Anbang Insurance Group Co. Ltd., purchases of The Waldorf Astoria New York for $1.95 billion from Hilton Worldwide Holdings Inc. represents the largest single asset hotel transaction ever consummated in the United States and another major acquisition by an Asian investor in 2014. 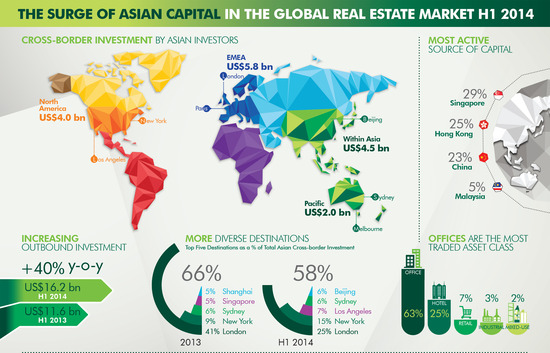 The transaction follows the recent acquisition of the former Robinsons-May department store site on Wilshire Boulevard in Beverly Hills, Los Angeles by Wanda Group, China's largest property developer. This transaction--one of the largest on the West Coast in recent years--comes as Asian investors, particularly Chinese developers, have diversified their commercial real estate acquisitions in the U.S., with a strong focus on the West Coast.

CBRE has been tracking the increase of Asian investment in U.S. commercial real estate--overall investment (all sectors) in the first half of 2014, and the full year will easily surpass the entire value of all investments made in 2013. 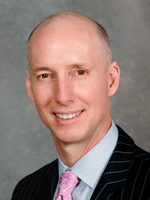 Kevin Mallory, Global Head of CBRE Hotels tells World Property Journal, "This transaction represents the highest price ever paid for a single hotel asset in the United States, and the most paid for a standing building by a Chinese investor.  New regulations allow Chinese insurers to invest up to 15% of their assets in "non-self-use" real estate.  With over $1.2 trillion in assets - the recent regulatory change allows for significant allocations of capital to the real estate sector.  Most insurance funds allocate approximately 6% of their investment funds to real estate of which 20% could typically be invested off-shore.  These rather significant allocations, combined with the opportunity to invest at better risk adjusted yields thank can be achieved domestically will result in an acceleration of off-shore investments like the Waldorf."