According to a new report from global property consultant CBRE, technology companies doubled their share of the largest 100 U.S. office leases agreed to in 2021, underscoring the sector's leading role in the office-market's recovery.

Tech companies accounted for 36 of those top 100 leases, up from 18 in 2020. In terms of size, tech companies claimed a cumulative 11.4 million sq. ft. of the top leases, or 37 percent of the total square footage.

Those 2021 totals exceed the year-earlier figures of 6.8 million sq. ft. and a 24 percent share, respectively. Tech's pre-pandemic share was 32 percent in 2019.

Tech markedly outpaced the leasing activity of other active industries within that largest-100 category last year: government and public administration at 5.1 million sq. ft.; finance and insurance at 3.6 million; life sciences at 1.8 million; legal at 1.7 million; and creative industries at 1.6 million.

"The tech sector has played a big role in office-leasing activity in recent years, and it rebounded in 2021 to rival its pre-pandemic activity," said Manish Kashyap, CBRE Global President of Advisory & Transaction Services. "Overall, office leasing in the U.S. was up nearly 27 percent last year, and several other indicators of the market's performance turned positive late in the year. The tech industry is the big engine there."

As is typical, big, gateway markets registered the biggest shares of the top-100 office leases of last year. Manhattan, Washington, D.C., and Boston notched big leases by the tech and government sectors.

"Companies are increasingly getting comfortable with making long-term commitments like office leases, given job gains in office-using sectors and the slowdown of COVID-19's omicron variant," said Julie Whelan, CBRE's Global Head of Occupier Research. "Rising optimism should be tempered with caution even with the pandemic seemingly easing. Still, the runway seems clear for leasing momentum to continue in 2022." 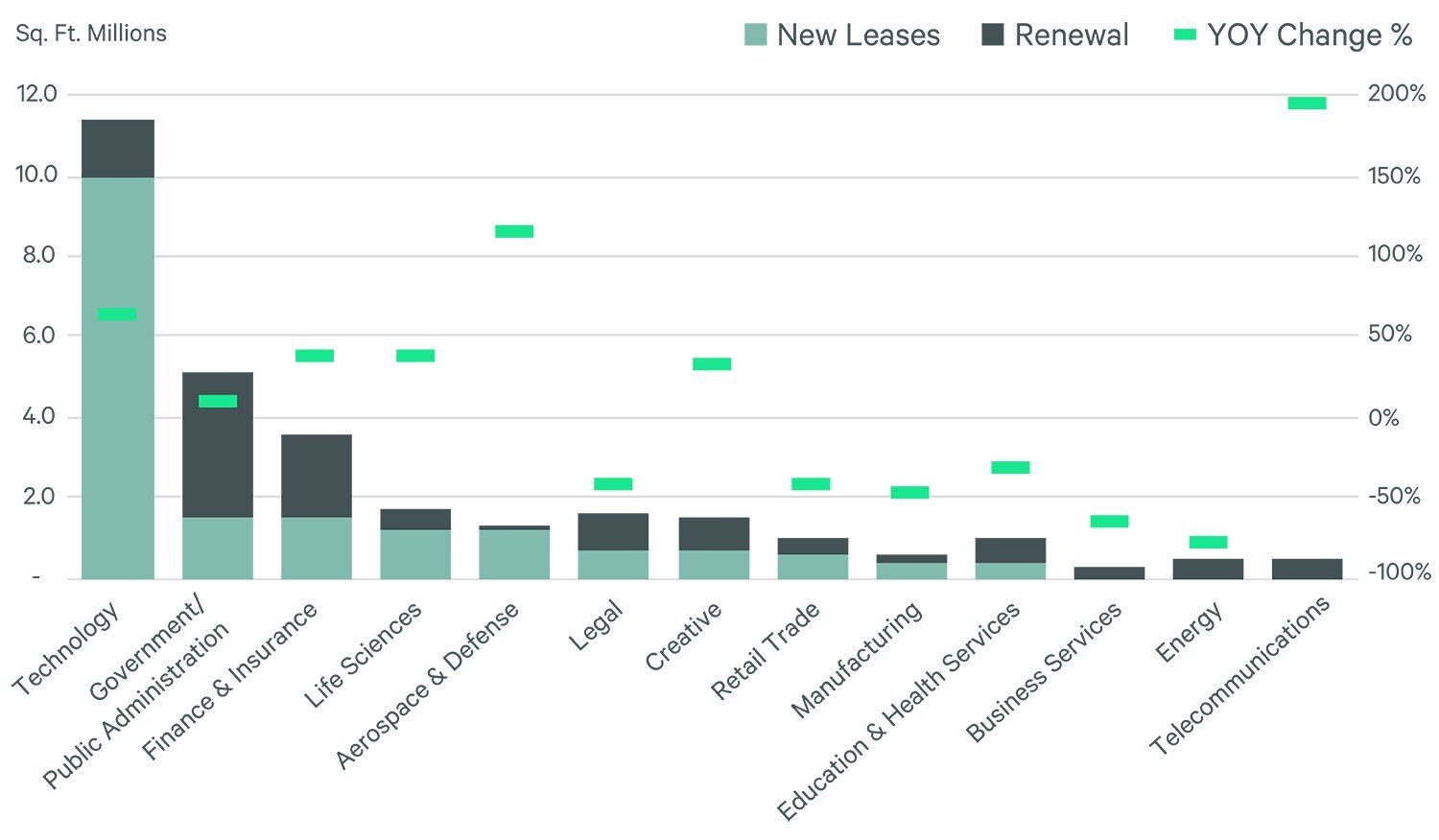