According to the Council on Tall Buildings and Urban Habitat's new report -- Tallest Demolished Buildings, which examines the 100 tallest buildings in history to have been dismantled by their owners -- 270 Park Avenue in New York City will become the tallest building ever conventionally demolished, as well as the first building over 200 meters in height to be peacefully razed. 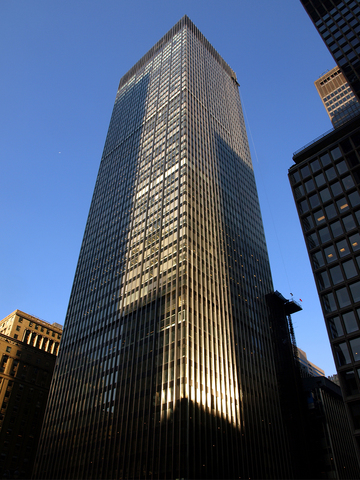 Currently, the tallest building ever conventionally demolished is the Singer Building in New York City, which stood at 187 meters and 41 stories tall until 1968, when it was torn down to make way for One Liberty Plaza. The majority of the world's 100 tallest demolished buildings were torn down to make way for new high-rises, the study showed. Land constraints in dense cities and the potential for greater financial return than the current building offers can factor heavily in the decision to demolish a skyscraper.

"In many cases, it does make sense to tear down and replace a high-rise, especially if it's outlived its practical usage," said CTBUH Executive Director Antony Wood. "However, there are currently more than 1,300 buildings of over 200 meters in height around the globe, and counting. Considering the tallest demolished building to date was only 187 meters tall, there's really no precedent for tearing down 200-meter-plus towers. We should perhaps thus be thinking of tall buildings as perpetual entities with lifecycles potentially exceeding 100 or 200 years, while designing them in such a way that they can be creatively adapted for potential future uses."

According to the study, the average lifespan of the 100 tallest demolished buildings is only 41 years.

While economic considerations for demolition featured prominently in the study, not all of the tallest demolished buildings were razed to make way for new towers. For example, the 116-meter Ocean Tower on South Padre Island in the US was torn down one year into its construction after cracks were discovered in its concrete and the building began to sink. Other high-rises, such as the 104-meter Edificio Windsor in Madrid, had to demolished after sustaining heavy fire damage.

In terms of geographic distribution, North American cities account for 53 percent of the world's 100 tallest demolished buildings - no surprise given that the modern skyscraper emerged in Chicago and New York City in the 1890s. More than a quarter of the 100 tallest demolished buildings were built between 1890 and 1920, while high-rises built in the 1970s accounted for 24 percent.