Average U.S. home price in top 20 markets are back to their autumn 2004 levels.

Based on the latest S&P/Case-Shiller Home Price Indices released this week, U.S. home prices continue to show a deceleration in home price gains in mid-2014. The 10-City Composite gained 5.5% year-over-year and the 20-City 5.6%, both down from the 6.7% reported for July. The National Index gained 5.1% annually in August compared to 5.6% in July.

On a monthly basis, the National Index and Composite Indices showed a slight increase of 0.2% for the month of August. Detroit led the cities with the gain of 0.8%, followed by Dallas, Denver and Las Vegas at 0.5%. Gains in those cities were offset by a decline of 0.4% in San Francisco followed by declines of 0.1% in Charlotte and San Diego. 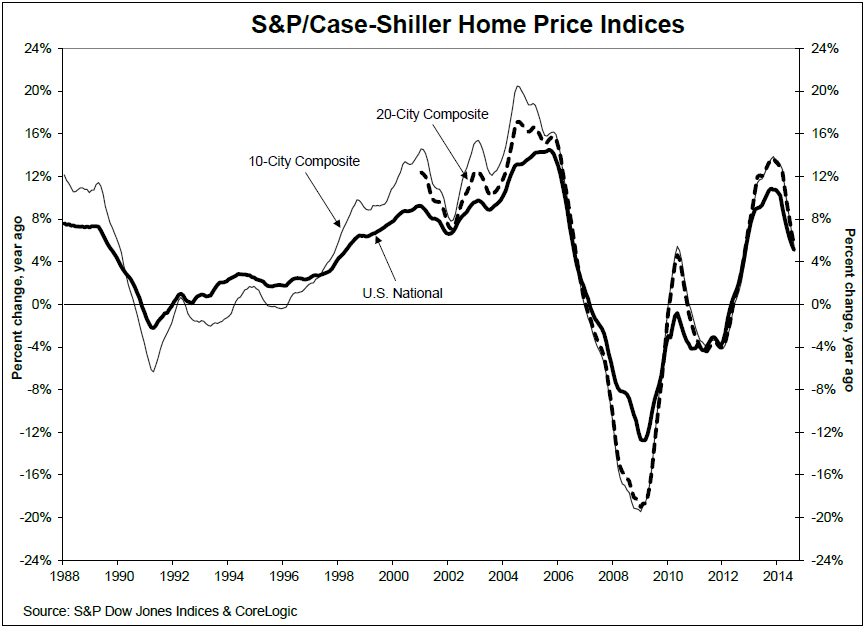 "The large extent of slower increases is seen in the annual figures with all 20 cities; the two composites and the national index all revealing lower numbers than last month. The 10- and 20-City Composites gained 5.5% and 5.6% annually with prices nationally rising at a slower pace of 5.1%. Las Vegas continues to see a sharp deceleration in their annual home prices with a 10.1% annual return, down just below three percent from last month. Miami is now leading the cities with a 10.5% year-over-year return. San Francisco, which has shown double-digit annual gains since November 2012, posted an annual return of 9.0% in August.

"Despite softer price data, other housing data perked up. September figures for housing starts, permits and sales of existing homes were all up. New home sales and builders' confidence were weaker. Continued labor market gains, low interest rates and slower increases in home prices should support further improvements in housing. 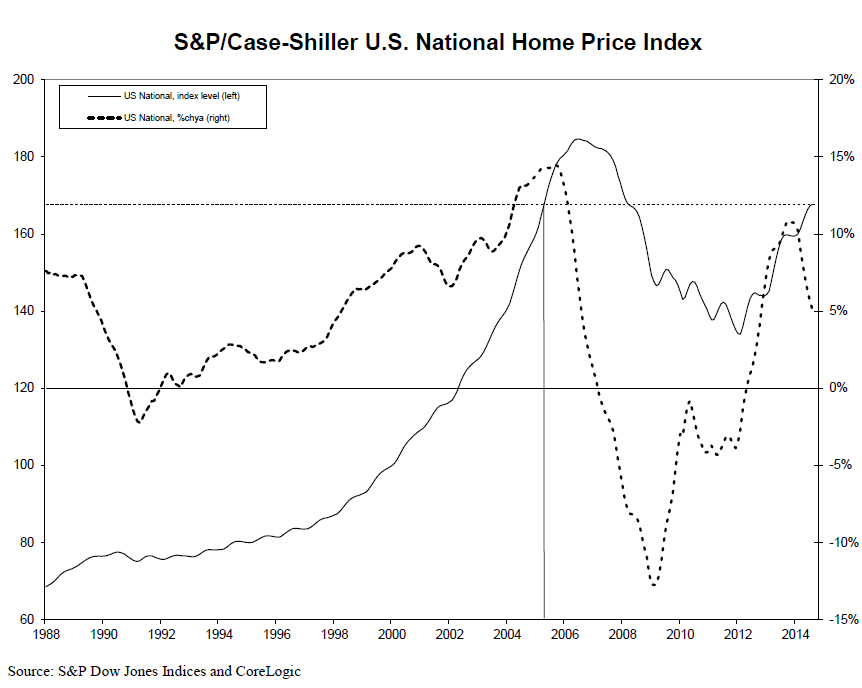 The chart above shows the index levels for the U.S. National Home Price Index, as well as its annual returns. As of August 2014, average home prices across the United States are back to their levels posted in the spring of 2005. The National Index was up 0.2% in August 2014 and 5.1% above August 2013. 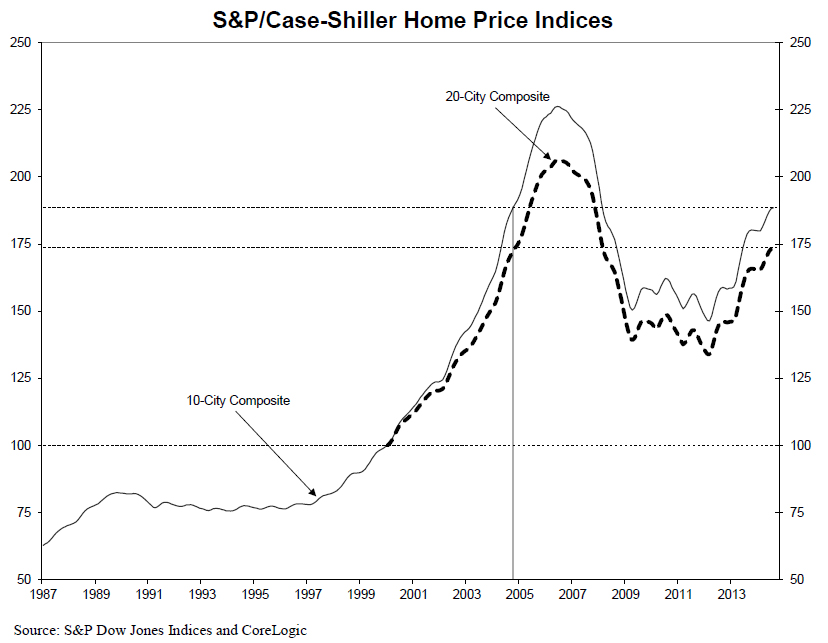 All cities except Cleveland saw their annual gains decelerate. Las Vegas showed the most weakness in its year-over-year return; it went from 12.8% in July to 10.1% in August. As a result, Las Vegas lost its leadership position as it moved to second place behind Miami with a 10.5% year-over-year gain. San Francisco posted 9.0% in August, down from its double-digit return of 10.5% in July.

All cities except Boston and Detroit posted lower monthly returns in August compared their returns reported for July. San Francisco showed its largest decline since February 2012; it was the only city that showed a negative monthly return two months in a row from -0.3% in July to -0.4% in August.