According to JLL, despite the debt crisis in Greece and volatility in China's equity markets, Q2 2015 preliminary data shows global transaction volumes in the second quarter of the year totaled US$161 billion, unchanged from the same period a year ago.

The US leads global commercial real estate investment in the second quarter of 2015 after posting a 30 percent rise in transaction volumes, as full year global forecasts hit US$750-760 billion. 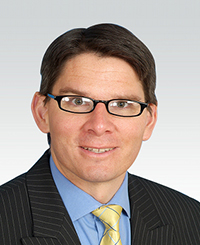 "We can expect the recent decline in global interest rates to support transactional activity for the remainder of 2015," says David Green-Morgan, global capital markets research director at JLL

"As a result, we believe global volumes for the full year will reach US$750-760 billion, a 5 percent rise on 2014 transactional activity."

In EMEA, transaction volumes were up 11 percent, measured in Euros. Southern Europe posted a 47 percent growth in the first six months. The UK, France and Germany were up 15 percent in the same period while Nordic investment was up 38 percent. Russia meanwhile shows signs of renewed optimism with the strongest level of activity seen in five quarters.
The uncertainty over the future of Greece continues to push investors into real estate which benefits not only from record low financing but also yields a healthy premium to the returns offered in risk free assets such as government debt.

In Asia Pacific, lower transactions in Japan and Australia - the region's biggest markets - pulled volumes down.