According to a new report from CBRE Group, the improving U.S. economy and corresponding increase in office demand - along with new construction activity that has been slow to commence compared with previous cycles - has resulted in a diminishing number of available large blocks of office space in many markets across the U.S., creating challenges for occupiers seeking large footprints.

While construction activity has begun to increase recently new supply will not necessarily spell relief in all markets.

Among downtown markets in Q3 2015, the fewest total available large blocks (defined as 100,000 square feet or more of contiguous space) in existing and under-construction buildings were in Philadelphia (six), San Francisco (seven) and Midtown South Manhattan (10). For tenants requiring a large block in an existing building, there were only four options in San Francisco and five options in Seattle and Philadelphia--the lowest numbers among both downtown and suburban markets. However, with 2.6 million sq. ft. of large-block space in buildings under construction, Seattle can expect some relief from its current supply shortage.

While many constrained Downtown office markets have new projects under construction, heavy pre-leasing activity means that the increased supply is often not enough to meet demand from large space users. In San Francisco, nearly all of the space slated to come on line over the next 12 months is pre-leased, while in Chicago, over the next six months, the number of large, available blocks is expected to decrease due to rapid tech expansion and the in-migration of tenants from the suburbs and other states. In Atlanta, there is just one large block under construction. Active development markets like Seattle, Boston, Downtown Manhattan and Midtown Manhattan will likely see the number of available blocks tick up as new supply comes on line. Meanwhile, Washington, D.C. is expected to see its number of large blocks increase amid law firm and government downsizing and the movement of federal government tenants into GSA-owned space. 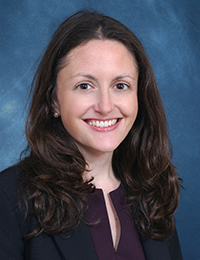 "Despite the improving economy and dearth of large, available blocks of space, rent levels do not justify new construction in many markets - particularly given rising development costs - which has limited the options for tenants requiring large footprints," said Andrea Cross, Americas head of office research, CBRE.

In the suburban markets, Denver and Orange County California offer the fewest options for large blocks in existing buildings (12 and 16, respectively), and have very few blocks under construction as well. Those two markets, along with Boston and Chicago, have the smallest amount of square footage in large blocks as a percentage of the existing inventory. The Washington, D.C. suburban markets have the highest combined number of available large blocks, with 72 in Northern Virginia and 26 in Suburban Maryland; federal government downsizing and caution among contractors and other private sector companies that are reliant on federal funding have caused these markets to soften in recent years.

Among suburban markets, Houston also had a large number of available large blocks (89), reflecting weakness in the energy industry as well as increased sublease availability and ongoing new construction. Available large-block space as a percentage of inventory was highest in New Jersey (9.7 percent), as the market has a large amount of outmoded corporate campus and other suburban space, some of which is being repositioned into walkable, mixed-use projects that are preferable to many of today's employees. 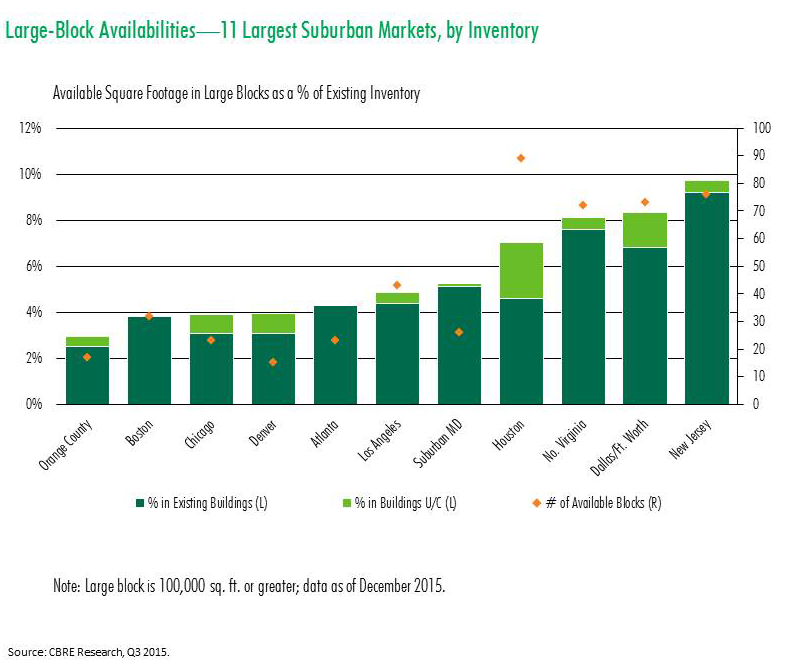 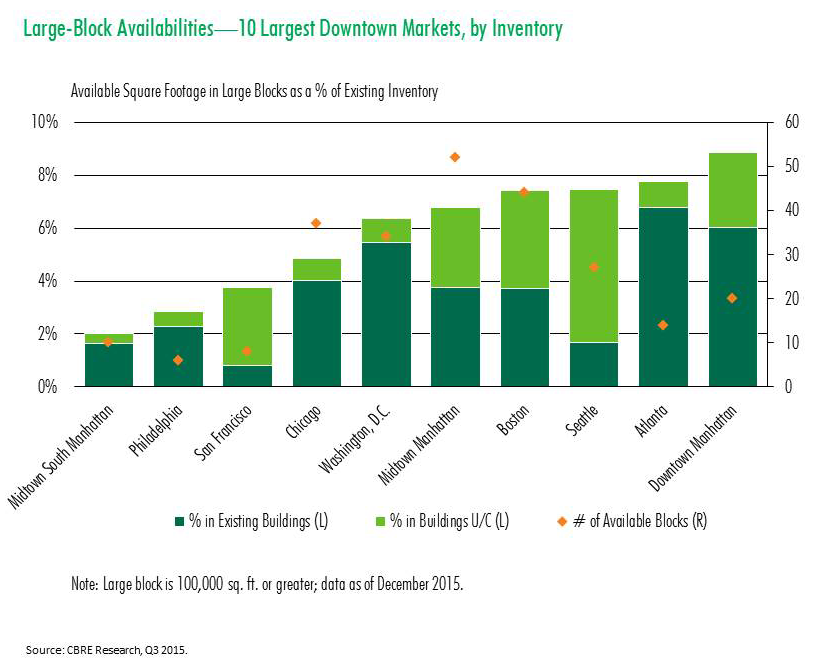