A new Zillow Housing study shows how severe an impact the gender pay gap is for women in the housing market. An additional 18% of the U.S. housing market is affordable to men but is out of reach to women. This gap in access can be as wide as 22% of the housing market depending on the industry they work in.

The analysis combined income data from the U.S. Census Bureau with Zillow housing data to estimate how much of the market is affordable to women and men. The study examined a number of job sectors and regions and found that across the country, women can afford far fewer homes than men without being considered cost burdened.

"This study shows how severely the gender pay gap limits women in the housing market, but that's only the start of a compounding impact," said Zillow economist Nicole Bachaud. "Owning a home represents the dominant form of wealth building for most Americans. So not only are women starting from behind, but they're falling even further behind with each passing day as homes build equity."

The impact of income inequality on housing affordability differs by industry. For example, women who work in the utilities industry have more homes available to them (71.1% of the market) than women working in all other industries analyzed. Women working in the leisure and hospitality industry can only afford 9.6% of the market. Men in both industries can afford 9-10 percentage points more of the market than women. In all 13 job categories analyzed nationally, men can afford more of the housing stock than women.

Regionally, gender disparities by industry can become even more severe. In Denver, for example, women working in the financial services industry can reasonably afford fewer than one in five (19.1%) homes in the area, while men can expect to afford more than two-thirds (71.1%). In Portland, Oregon, the numbers for the financial industry stand at 13.9% of the market available to women and 66.0% to men.

Equal Pay Day -- which symbolizes how far into a new year a woman making a typical salary needs to work to make the same amount of money as a man making a typical salary in the previous calendar year -- shows that the pay equity gap is slowly shrinking. This year, Equal Pay Day fell on March 15, nine days earlier than it did in 2021 and 16 days earlier than in 2020. Simultaneously, the home value gap for women is also narrowing. Homes owned by female-headed households, although still below the value of those owned by male-headed households and of median home values overall, have crept closer to parity over the past decade.

"The drive to eliminate pay inequity and other biases in the workplace needs to come from senior leaders with clear and measurable goals," said Bachaud. "Taking actions like regularly evaluating salaries or reevaluating other HR benefits and policies to attract and retain women could help reduce disparities."

While the tide is starting to turn, there remains much work to do to achieve pay equity, especially when taking race into account. For Asian American and Pacific Islander women, Equal Pay Day (relative to the typical pay for white men) is May 3; for Black women, it's September 21; for Native American women, it's November 30, and for Latina women, it's December 8. 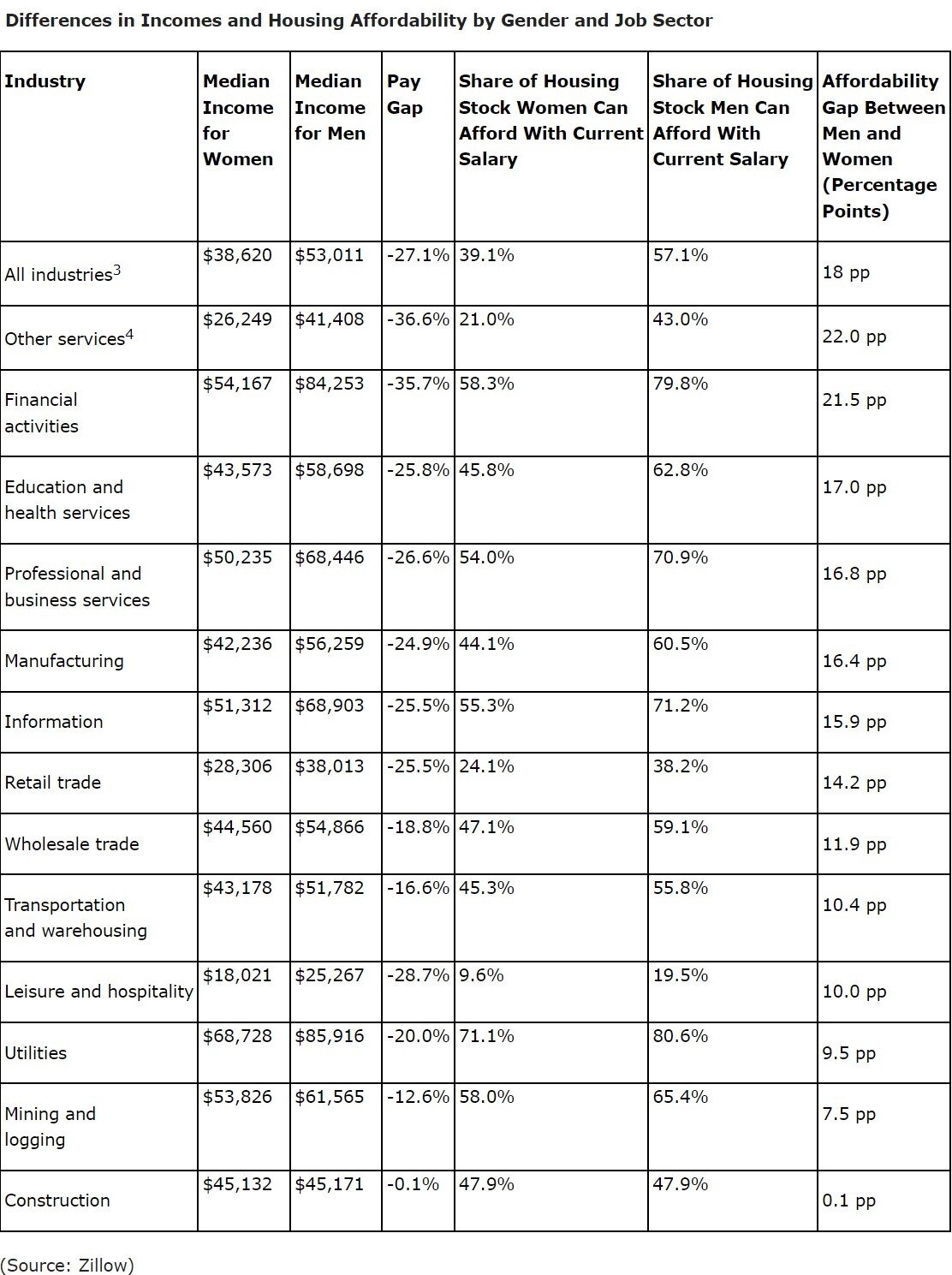