Based on new research by Zillow, prospective homebuyers in Miami and the New York metro area can expect more favorable conditions than those in most other major U.S. housing markets.

Zillow's Buyer-Seller Index shows how hot a region's housing market is compared to others by analyzing sale-to-list-price ratios, percentage of listings with a price cut and how long homes stay on the market.

Among the nation's 35 largest metro areas, Miami (second coolest), Tampa (seventh) and Orlando (eighth) combine to show buyers in Florida will have an easier home-shopping experience than buyers in most other markets. That's not to say those markets should be thought of as cold. In fact, all three have seen year-over-year home-value growth the same or higher than nation as a whole, and all three are seeing steady demand to go along with good supply.

By contrast, San Francisco, San Jose, Seattle and Denver all have seen home values grow more slowly than the nation over the past year, but remain the four hottest markets relative to elsewhere. That's largely because, despite some of the highest prices in the country, buyers face more competition for a more-limited inventory. But the winds are rapidly shifting and they are expected to cool further this year.

In fact, the New York metro area -- hardly thought of as an affordable or cold real estate market -- is the most buyer-friendly market right now. People who can afford to buy in the New York metro face relatively little competition that incites bidding wars, and properties sit longer on the market. It's pricey New York City, in fact, that's among the most buyer-friendly within the metro area, while New Jersey cities such as Montclair, Bloomfield and New Brunswick far more heavily favor sellers.

"Blanket sellers markets are history," said Zillow senior economist Aaron Terrazas. "While inventory remains tight, it is starting to climb. The housing market has cooled and in a growing number of markets, buyers are gaining more and more leverage - especially those well-heeled buyers willing to pay top dollar in pricey communities. However, the crunch is still on in more affordable areas so the bulk of buyers continue to see some competition, though somewhat less than a few months ago."

Overall, the housing market still favors sellers but is slowing, trending toward historical norms. Inventory is the highest it's been in a year, and the number of homes that sold for more than their list price decreased from 21 percent in November to 19 percent in December - the largest month-over-month drop in seasonally adjusted data since at least 2012, according to a recent Zillow analysis. The share has been declining steadily since its peak of 24 percent of homes sold above list price in May 2018. 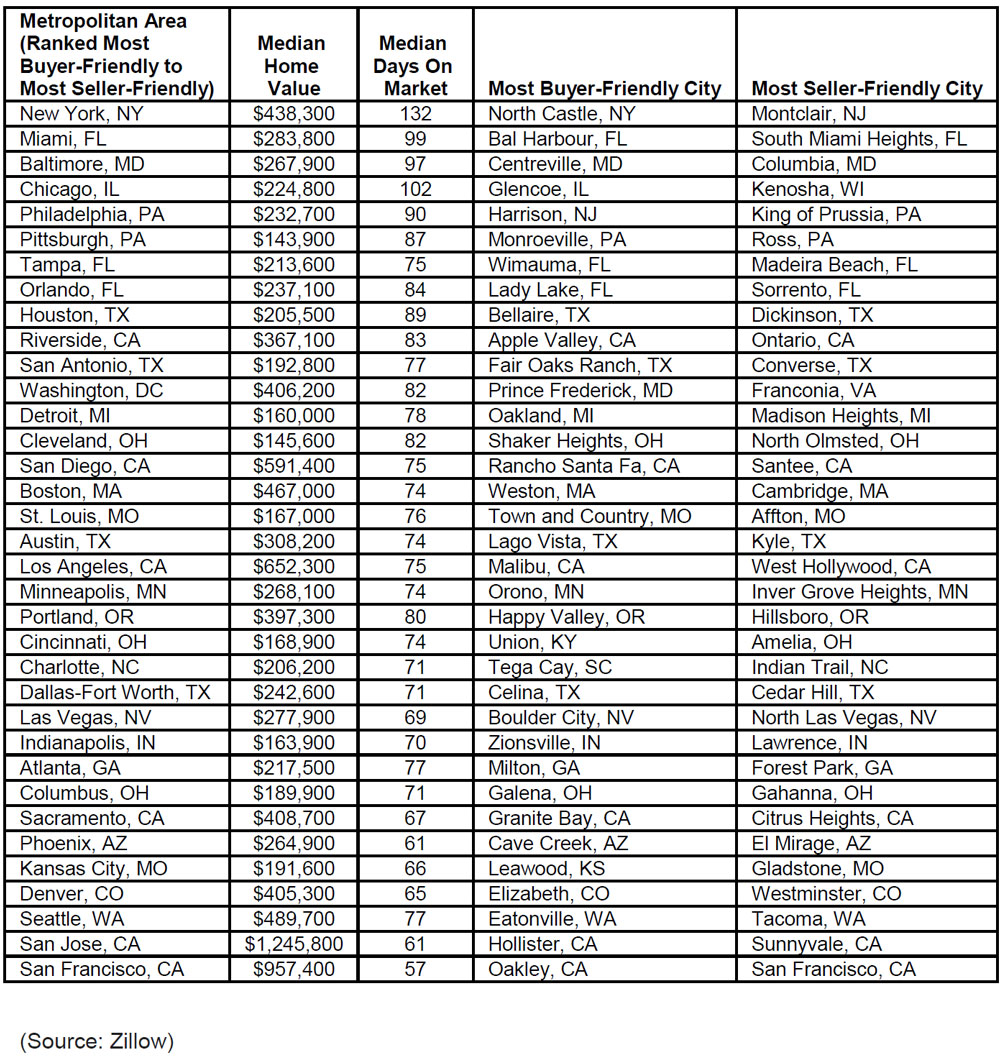