Manhattan had most new wealthy neighborhoods at 53, San Francisco had 51

U.S. home values are at a record high as the housing market continues its recovery from the Great Recession. As a result, an increasing number of ZIP codes are finding themselves on the $1 Million Neighborhood list. West Coast metropolitan areas, where home values have bounced back fastest, saw the greatest increase in the number of $1 Million Neighborhoods over the past three years.

"As home values reach new peaks, $1 million homes are increasingly common, even in neighborhoods once considered middle class," said Zillow's Chief Economist Dr. Svenja Gudell. "The U.S. median home value is just over $200,000, but in San Francisco, Los Angeles and other expensive cities, homes are worth much more. As home values hit seven figures in many neighborhoods, it's going to have real impacts on affordability for middle-class homeowners whose incomes haven't kept up, and this imbalance especially has implications for people on fixed incomes whose property taxes are rising along with their home value."

Las Vegas, among the hardest hit by the Great Recession, has only gained one $1 Million Neighborhood since 2014. 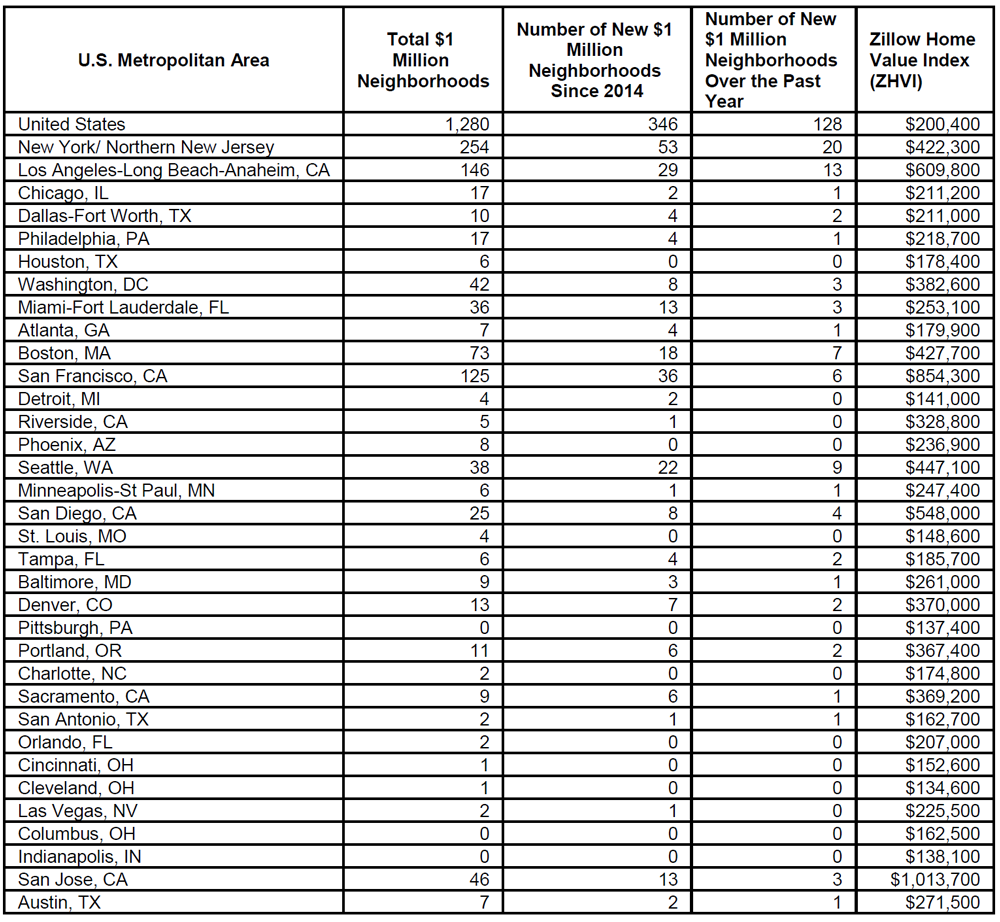