Orlando Leads Nation in Distressed Sales in May

According to Irvine, Ca-based CoreLogic, distressed home sales -- real estate-owned (REO) and short sales -- accounted for 9.9 percent of total home sales nationally in May 2015, down 2.8 percentage points from May 2014 and down 1.7 percentage points from April 2015. Distressed sales shares typically decrease month over month in May due to seasonal factors, and this distressed sales share was the lowest for the month of May since 2007 when it was 5 percent.

Within the distressed category, REO sales accounted for 6.4 percent and short sales made up 3.5 percent of total home sales in May 2015. The REO sales share was the lowest since October 2007 when it was 6 percent. The short sales share fell below 4 percent in mid-2014 and has remained stable since then. At its peak in January 2009, distressed sales totaled 32.4 percent of all sales, with REO sales representing 27.9 percent of that share. The ongoing shift away from REO sales is a driver of improving home prices since bank-owned properties typically sell at a larger discount than short sales. There will always be some level of distress in the housing market, and by comparison, the pre-crisis share of distressed sales was traditionally about 2 percent. If the current year-over-year decrease in the distressed sales share continues, it would reach that "normal" 2-percent mark in mid-2018. 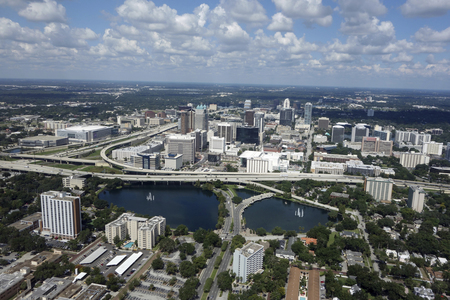 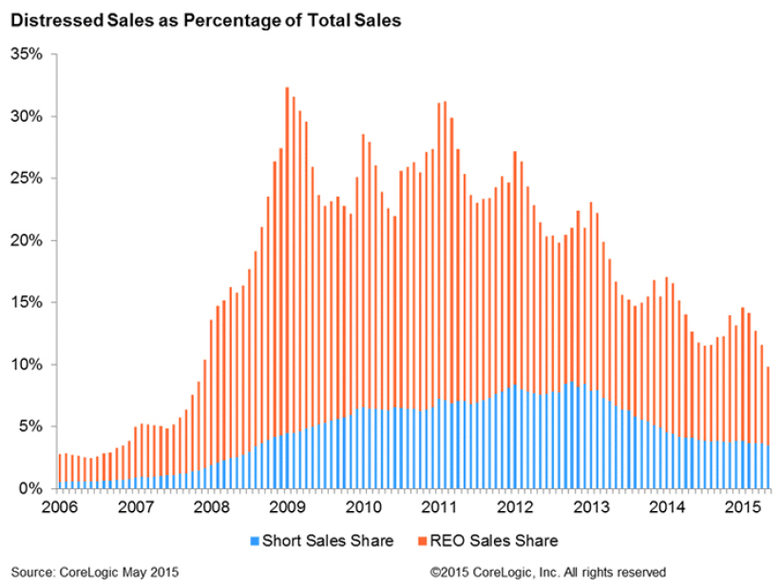