Commercial News » Orlando Edition | By Michael Gerrity | May 1, 2020 8:00 AM ET
Signup for Our Weekly Newsletter »
Real estate consultant Newmark Knight Frank is reporting this week that Central Florida industrial market saw modest growth in demand with over 325,000 square feet of positive net absorption recorded in the first quarter of 2020. The warehouse/distribution segment accounted for over 70% of the region's absorbed space, while general industrial space followed with 145,000 square feet of absorption.

Robust completions of new inventory over the past year pushed the overall rate upward 110 basis points from one year ago, to settle at 5.4%. Average asking rents held level from the previous quarter but dipped slightly from the $6.24/SF all-time-record high recorded this time last year.

Newmark Knight Frank further reports warehouse/distribution space saw growth of $0.07/SF from $6.30/SF one year ago, while general industrial saw a $0.08/SF increase from $5.59/SF and R&D/flex fell from $9.14/SF with a $0.39/SF decrease from one year ago. Although effects from the economic slowdown as a result of the COVID-19 global pandemic have not surfaced yet, the market could see a shift in the second half of 2020.

Sale activity more than doubled from this time last year, as 13 transactions over 1.7 million square feet sold for a combined $149.8 million at the start of 2020. The increase in properties changing hands translated into increased sale prices, as the average price increased from $64/SF to $88/SF. Warehouse/distribution buildings led sales activity, with 1.5 million square feet trading hands. Sales activity could stall as impacts from the COVID-19 pandemic outbreak take hold.

The Tampa/St. Petersburg market saw demand outpace supply with approximately 319,000 square feet of positive net absorption, shrinking vacancy by 10 basis points from the previous quarter to settle at 5.4%. Warehouse/distribution space accounted for over 94.0% of absorbed space, while the general industrial segment saw more of a balance with just 20,000 square feet of absorption. Four buildings over 404,000 square feet were completed during the quarter as construction activity surged with more than 4.7 million square feet underway at the close of first-quarter 2020.

This was an increase of 2.7 million square feet from the previous quarter, as the market took the number-one spot for industrial development in all of Florida. Over 48% of new space projected to come online has been spoken for, which should hinder significant increases to vacancy from the development taking place. Three new projects totaling over 2.0 million square feet of this activity included Amazon's 1.1 million-square-foot distribution center in Polk County and two 500,000-square-foot facilities at County Line Distribution Center and Lakeside Logistics Park in the East Hillsborough/Plant City submarket.

The overall average asking rate posted small decreases from the previous quarter, as lower-tier available space impacted averages more than new industrial inventory. This, coupled with landlords not taking advantage of past demand growth and tight market conditions, contributed to the overall weighted average asking rental rate decreasing slightly from the $5.85/SF last quarter. Small fluctuations in asking rates may take place over the next 12 months as expected impacts from current economic conditions could discourage owners from increasing asking rents.

There were eight sales totaling 626,000 square feet, worth a combined $54.9 million. This was an improvement from the 220,000 square feet that sold for $18.3 million at the same time last year. The average sale price increased to $87/SF from the $66/SF recorded one year ago. Owners have continued to hold onto prime properties, with the intention of selling them at top dollar. In recent quarters, this has created a shortage of larger industrial properties on the market, while increasing demand for midsize lower-tier investments. The recent shift in national economic conditions as result from the COVID-19 outbreak will likely impact investment sales.

Newmark Knight Frank further states 0rlando's industrial vacancy rose from the previous quarter and experienced Florida's largest year-over-year increase, climbing 180 basis points from one year ago to settle at 5.5% at the close of first-quarter 2020.

There was more of a balance between demand and supply, as net absorption totaled over 6,500 square feet. This was up after two consecutive quarters of modest corrections totaling over 1.2 million square feet of supply returned to the market in the second half of 2019. Five new buildings totaling 590,000 square feet contributed to the rise in vacancy from last quarter as industrial developers were undeterred from projects coming out of the ground, with 13 buildings totaling more than 2.9 million square feet under construction during the quarter.

Over 40% of the space was pre-leased, softening the impact to vacancy when the projects deliver. The average asking rate saw slight increases from the previous quarter but fell slightly from one year ago. This was from a combination of factors, including landlords holding asking rents level, coupled with new industrial inventory becoming leased as lower-tier secondary available space had more of an effect on average rates. The recorded average decreased by $0.18/SF to $6.81/SF from this time last year, as warehouse/distribution averages dipped $0.08/SF from $5.68/SF a year ago. After multiple quarters of growth, industrial rents have begun to level off and are unlikely to pass the $7.00/SF mark. Softening demand, rising vacancy from project completions and uncertainty in future economic conditions could keep owners from increasing asking rents.

The majority of activity came in the form of renewals and lateral relocations, while only seven mid-size to large lease deals greater than 20,000 square feet took place, totaling over 440,000 square feet during the first quarter. Home and building supply companies dominated activity, accounting for 312,000 square feet, while the logistics and distribution sector followed with 102,000 square feet of deals done. The retail/wholesale segment fell into third with 47,000 square feet leased.

Five investment sales totaling over 1.0 million square feet and valued at $95.5 million occurred during first-quarter 2020. This was more than double from the 462,000 square feet that sold for $28.9 million at the same time last year. The sale of CVS's distribution facility, a 713,500-square-foot building in the SW Orange County submarket, contributed to this improvement. The average price per square foot also rose from $63/SF one year ago to $88/SF, concludes Newmark Knight Frank. 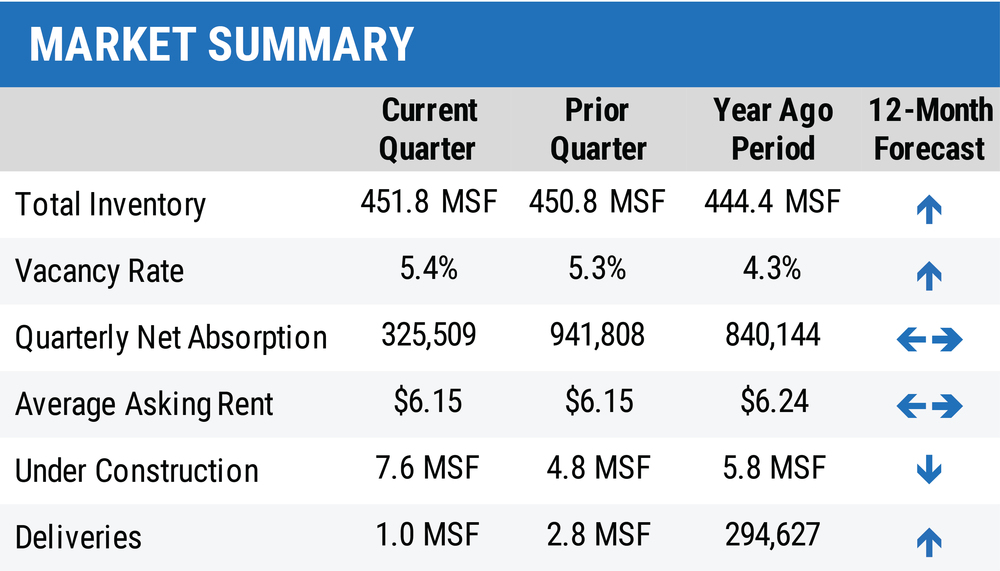 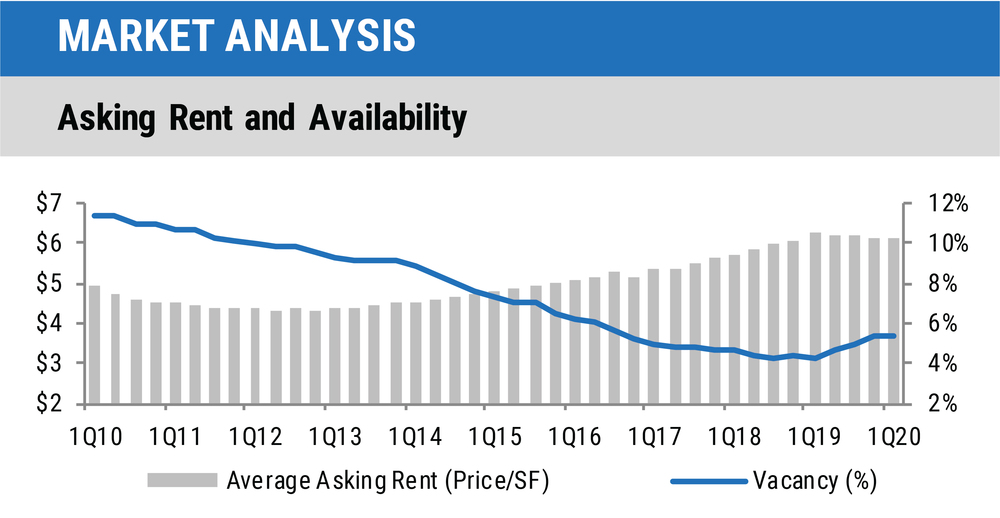 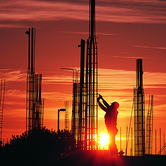 Central Florida industrial market saw modest growth in demand with over 325,000 square feet of positive net absorption recorded in the first quarter of 2020. 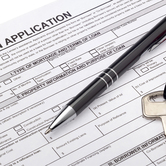 A national rent increase of 3.3% year over year in February (just before the COVID-19 outbreak in the US ramped up), up slightly from a 3% year-over-year increase in February 2019.

The coronavirus pandemic has wreaked havoc on many of America's "non-essential" industries. That includes tourism, as countless attractions have closed down.

Real estate broker Redfin is reporting this week that U.S. homebuying demand, as measured by the annual growth rate in customers going on their first tour with a Redfin agent, took a sharp dive in April 2020.