"Homebuyers in Florida have grown accustomed to dealing with a shortage of for-sale inventory, especially when it comes to first-time buyers trying to enter the market," said 2019 Florida Realtors President Eric Sain. "A slower pace of sales and increased inventory will enable potential buyers to find more housing opportunities and could help ease affordability constraints in some areas.

In February, statewide median sales prices for both single-family homes and condo-townhouse properties increased year-over-year for the 86th consecutive month. The statewide median sales price for single-family existing homes was $250,000, up 1.3 percent from the previous year, according to data from Florida Realtors Research Department in partnership with local Realtor boards/associations. Last month's statewide median price for condo-townhouse units was $187,500, up 4.7 percent over the year-ago figure. The median is the midpoint; half the homes sold for more, half for less.

Looking at Florida's condo-townhouse market in February, statewide closed sales totaled 7,981, down 5.7 percent compared to a year ago. Closed sales may occur from 30- to 90-plus days after sales contracts are written.

According to Florida Realtors Chief Economist Dr. Brad O'Connor, one statistic to note in the February data is the median time to contract for closed sales.

"Half of the single-family homes selling in February were on the market for at least 54 days before going under contract - this compared to a median of 48 days last year," he said. "In the condo and townhouse category, there's a similar trend: The median time to contract was 58 days, up from 51 days last year. At a more local level, this median varies widely from market to market, but the upward trend is prevalent throughout the state. Competition between buyers is clearly not as fierce as it was even a year ago. However, that doesn't mean we're quite in buyer's market territory yet. Home sale activity in January and February is usually lighter than other months and not always representative of what's to come."

O'Connor added, "Based on what we learned from the Federal Reserve earlier this week, we're now fairly confident we won't see any interest rate hikes for a while, which is good news for both buyers and sellers."

According to Freddie Mac, the interest rate for a 30-year fixed-rate mortgage averaged 4.37 percent in February 2019, compared to the 4.33 percent averaged during the same month a year earlier. 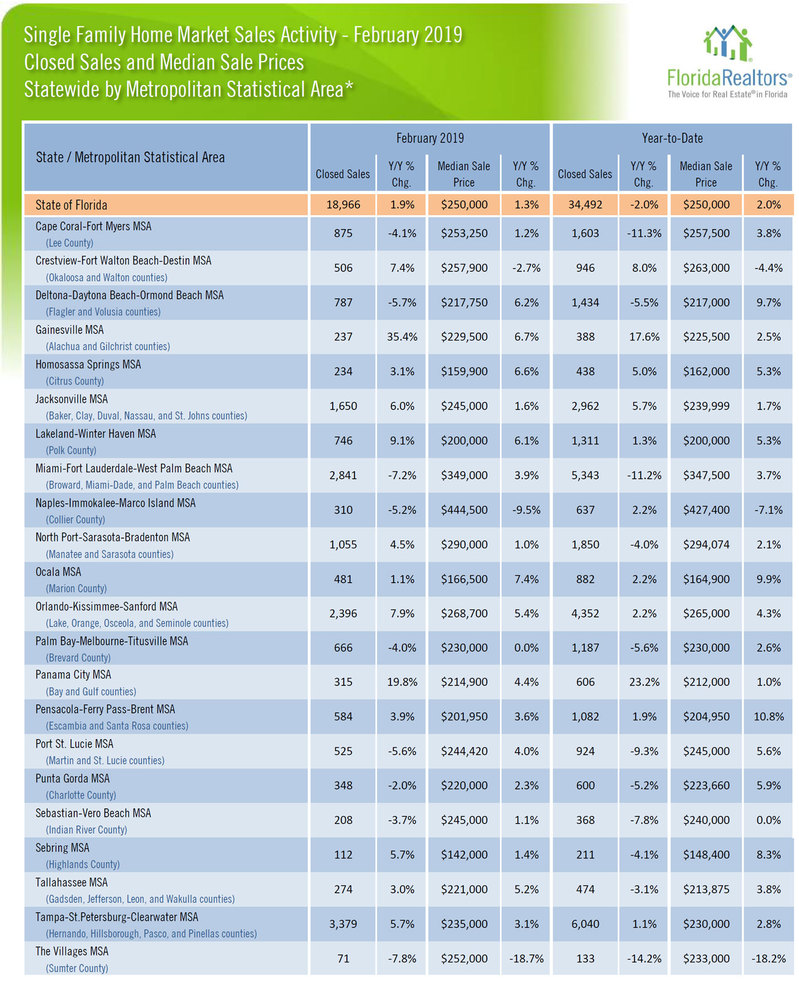 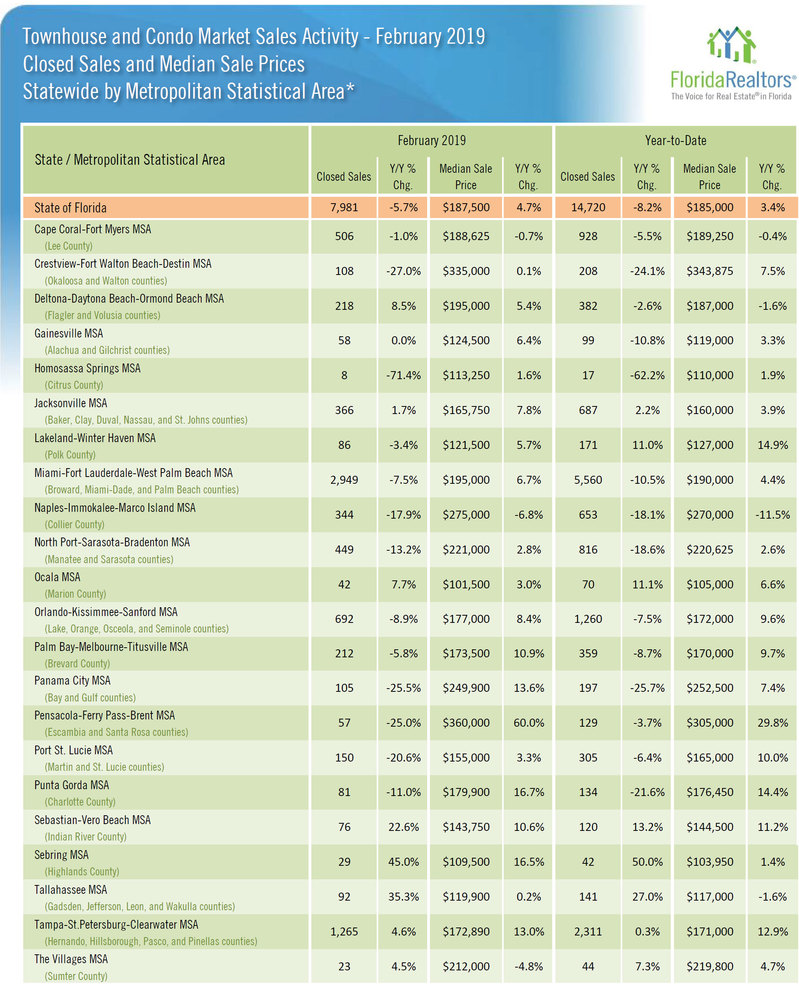