According to Cushman & Wakefield's fourth-quarter 2016 Office Marketbeat report for Philadelphia, commercial investment sales activity was robust in both the CBD and suburban office markets while vacancy rates in the suburbs hit historic lows in 2016.

Cushman & Wakefield's report breaks down data for the following office markets in Philadelphia: 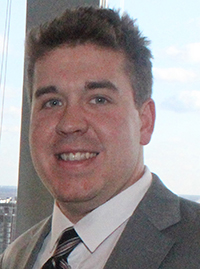 "The overall vacancy rate increased 120 basis points to 10.6 percent year-over-year, largely due to the delivery of the 622,000-square-foot FMC Tower at Cira Centre in the second quarter," said Jared Jacobs, Cushman & Wakefield Research Manager. "This is the first new construction in the Philadelphia CBD since 2007, and the building's completion added nearly 230,000 square feet of vacant space to the market."

The overall vacancy rate is expected to continue to rise in early 2017, with two sizable renovation projects scheduled to deliver in the second quarter. One Franklin Tower, GlaxoSmithKline's former headquarters, and the former Family Court building at 34 South 11th Street will add a combined nearly 300,000 square feet of redeveloped office space to the market.

Average asking rental rates increased by 7.2 percent over the past year to $30.08 per square foot, the highest in the Philadelphia CBD's history. There was also an increase in investment sales activity, which rose 7.9 percent in 2016. Two Liberty Place, acquired by Coretrust Capital for $207.9 million, was the biggest office-building sale in 2016.

According to Jacobs, "In 2016 we saw the lowest overall vacancy in the Philadelphia suburbs since 2001. The overall vacancy rate declined to 11.8 percent by year-end, down 290 basis points from 2015."

Class A direct asking rental rates increased 0.5 percent from a year ago to $25.63 per square foot. Overall net absorption was positive for the year, rising to 1.9 million square feet compared to 558,526 square feet in 2015.

Other notable 2016 lease signings in the submarket included:


Investment sales activity, which rose 3.1 percent year-over-year, has increased significantly over the past two years and is expected to remain robust into 2017. A total of 9.7 million square feet has been sold since 2015, which is 49.4 percent higher than the total volume from 2010 to 2014.

With the steep decline in vacancy and rising tenant demand experienced over the past year, new construction activity is expected to increase in 2017. The overall vacancy rate is projected to drop further next year, with rental rates for all classes rising by 5.8 percent by year-end 2017.