Based on a new report by the California Association of Realtors, housing demand in California remained subdued for the ninth consecutive month in January 2019 as economic and market uncertainties sent home sales to their lowest level since April 2008.

Closed escrow sales of existing, single-family detached homes in California totaled a seasonally adjusted annualized rate of 357,730 units in January, according to information collected by C.A.R.

The statewide annualized sales figure represents what would be the total number of homes sold during 2019 if sales maintained the January pace throughout the year. It is adjusted to account for seasonal factors that typically influence home sales.

January's sales figure was down 3.9 percent from the revised 372,260 level in December and down 12.6 percent from home sales in January 2018 of 409,520. January marked the ninth consecutive month of decline and the sixth month in a row that sales were below 400,000, dipping to the lowest level since April 2008.

"California continued to move toward a more balanced market as we see buyers having greater negotiating power and sellers making concessions to get their homes sold as inventory grows," said C.A.R. President Jared Martin. "While interest rates have dropped down to the lowest point in 10 months, potential buyers are putting their homeownership plans on hold as they wait out further price adjustments."

"While we expected the federal government shutdown during most of January to temporarily interrupt closings because of a delay in loan approvals and income verifications, the impact on January's home sales was minimal," said C.A.R. Senior Vice President and Chief Economist Leslie Appleton-Young. "The decline in sales was more indicative of demand side issues and was broad and across all price categories and regions of the state. Moreover, growing inventory over the past few months has not translated into more sales."

Other key points from C.A.R.'s January 2019 resale housing report include: 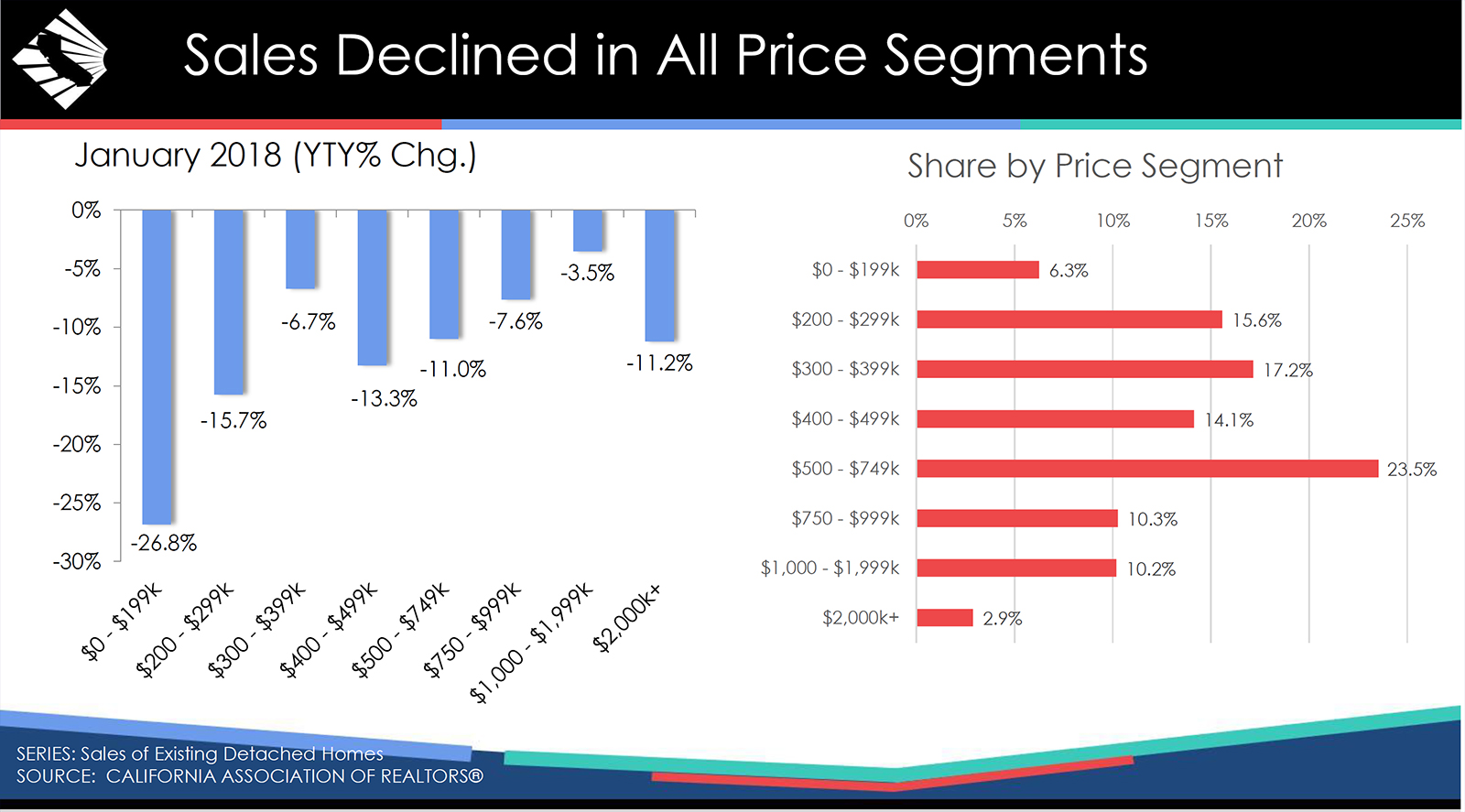