Commercial News » San Diego Edition | By Michael Gerrity | October 23, 2020 8:26 AM ET
Signup for Our Weekly Newsletter »
Based on CBRE's latest annual Tech-30 report, the tech industry's share of office-leasing activity in this year's first half inched down to 20 percent from 21 percent last year, as tech employment has proven resilient during the pandemic.
The Tech-30 report measures the industry's impact on office demand and rents in the 30 leading tech markets in the U.S. and Canada. CBRE found that pre-pandemic office rents increased in all but one of those markets in the past two years (ending June 30), with five posting double-digit percentage gains. Net absorption - a measure of office space newly occupied in comparison to office space newly made available - registered net gains in 26 markets over those two years.

However, the impact of COVID-19 and related economic challenges clearly has affected the office market. Tech leasing activity declined by 46 percent in the second quarter from the 2019 average, in line with the 44 percent decline in overall U.S. office-leasing activity. The amount of office space offered for sublease in the Tech-30 markets increased by 42 percent, or roughly 27 million sq. ft., to a total of 90 million sq. ft. so far this year. Tech companies account for a quarter of sublease space.

"Few industries, if any, escape a pandemic unscathed, and tech isn't an exception," said Todd Husak, Managing Director leading CBRE's Tech & Media Practice. "However, the tech industry and the office markets where they have a significant presence are proving resilient this year. Much of the industry has established its value by providing the tech products and services needed to ensure business productivity and continuity. Several indicators, such as robust venture-capital investment, point to more growth ahead."

CBRE has identified several Tech-30 markets well positioned for resiliency during the pandemic and growth thereafter based on their concentration of large-cap tech companies, moderate office rents and their growing tech labor pools. Those are Silicon Valley, Washington, D.C., Vancouver, Atlanta, Dallas-Fort Worth, Raleigh-Durham and San Diego.

Perhaps the most resilient office markets in this downturn are leading tech submarkets, which often are located near universities. CBRE has found that average office lease rates in leading tech submarkets carry an 18 percent premium to average rates for their cities as a whole. Those with the largest premiums are East Cambridge in Boston (137 percent), Santa Monica in Southern California (70 percent) and Palo Alto in Silicon Valley (72 percent). Tech submarkets also tend to generate some of the strongest rent gains and office-space absorption in their cities.

"Tech will again lead our economic growth in the years ahead," said Colin Yasukochi, Executive Director of CBRE's Tech Insights Center. "The vital role that tech has played in helping society and business adapt and sustain through this pandemic points to an even larger role going forward. The opportunities created by this downturn will spawn many tech startups, just as in previous downturns."

The report's real-estate data is tied to this year's second quarter.
Sponsored by
Related News Stories

The tech industry's share of office-leasing activity in this year's first half inched down to 20 percent from 21 percent last year. 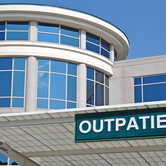 According to CBRE, the pandemic has accelerated momentum in the U.S. life sciences industry, particularly amid the race to produce a COVID-19 vaccine and develop other medicines for human ailments.