According to the California Association of Realtors (C.A.R.) newly released 2014 International Home Buyers Survey, despite a slowing in the California housing market and appreciation of the U.S. dollar in 2014, international home-buying activity continued its momentum.

The survey showed that one of six (14 percent) participating Realtors closed a transaction with an international client, unchanged from the previous year.

More than one in three international buyers (36 percent) were from China and their purchases remained very cash-strong.  Two-thirds (66 percent) of international buyers paid all cash, down slightly from 69 percent in 2013.  Those who purchased homes below $500,000 had the greatest tendency to pay all cash (66 percent), compared to those who purchased homes costing $500,000 to $1 million (57 percent).

Other findings from C.A.R.'s 2014 International Home Buyers Survey include: 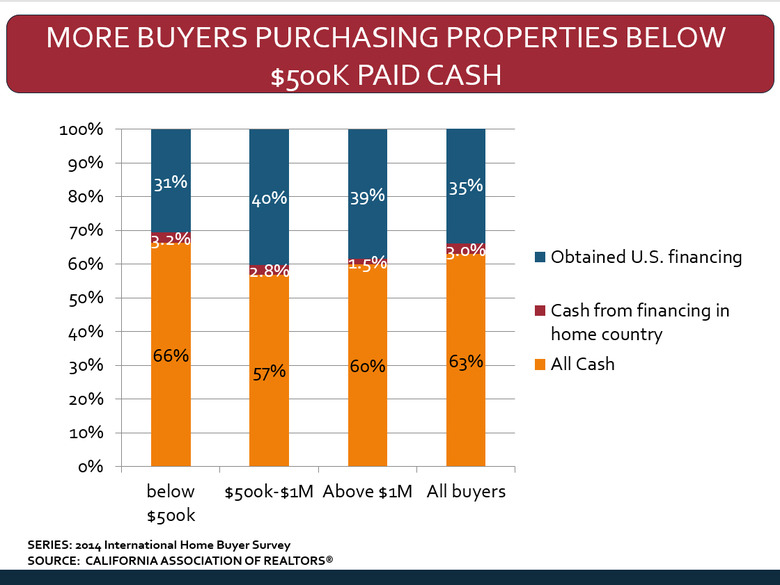 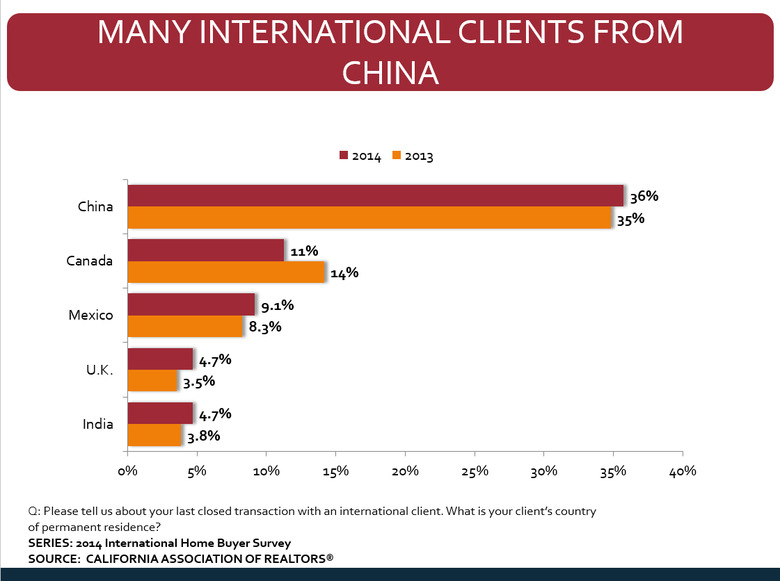 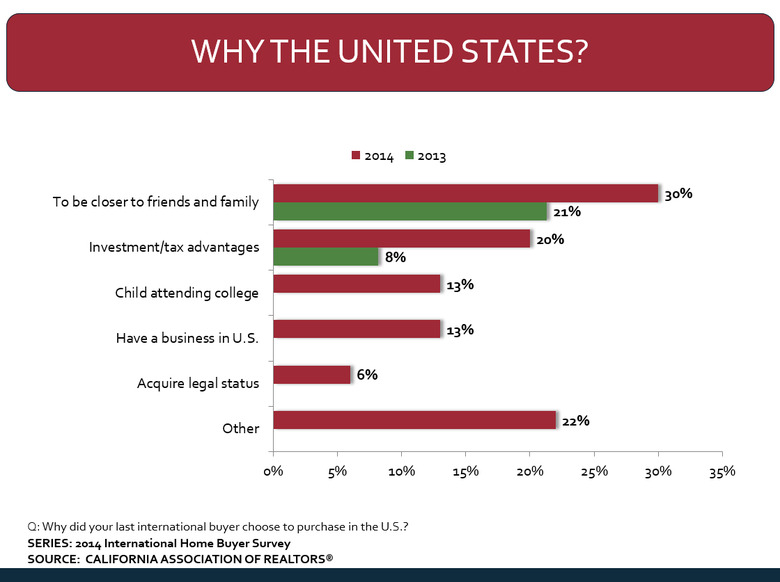