According to the California Association of Realtors (C.A.R.), lower interest rates and minimal home price gains kept California's housing affordability in check in the third quarter of 2014 and even helped improve affordability in some high-cost counties in the San Francisco Bay region.

The percentage of home buyers who could afford to purchase a median-priced, existing single-family home in California in third-quarter 2014 was unchanged from the 30 percent recorded in the second quarter of 2014 but was down from a revised 32 percent in third-quarter 2013, according to C.A.R.'s Traditional Housing Affordability Index (HAI).  This is the sixth consecutive quarter that the index was below 40 percent.

Home buyers needed to earn a minimum annual income of $94,960 to qualify for the purchase of a $467,700 statewide median-priced, existing single-family home in the third quarter of 2014.  The monthly payment, including taxes and insurance on a 30-year, fixed-rate loan, would be $2,370, assuming a 20 percent down payment and an effective composite interest rate of 4.23 percent.  The effective composite interest rate in second-quarter 2014 was 4.32 percent and 4.36 percent in the third quarter of 2013.

Key points from the third quarter 2014 Housing Affordability report include: 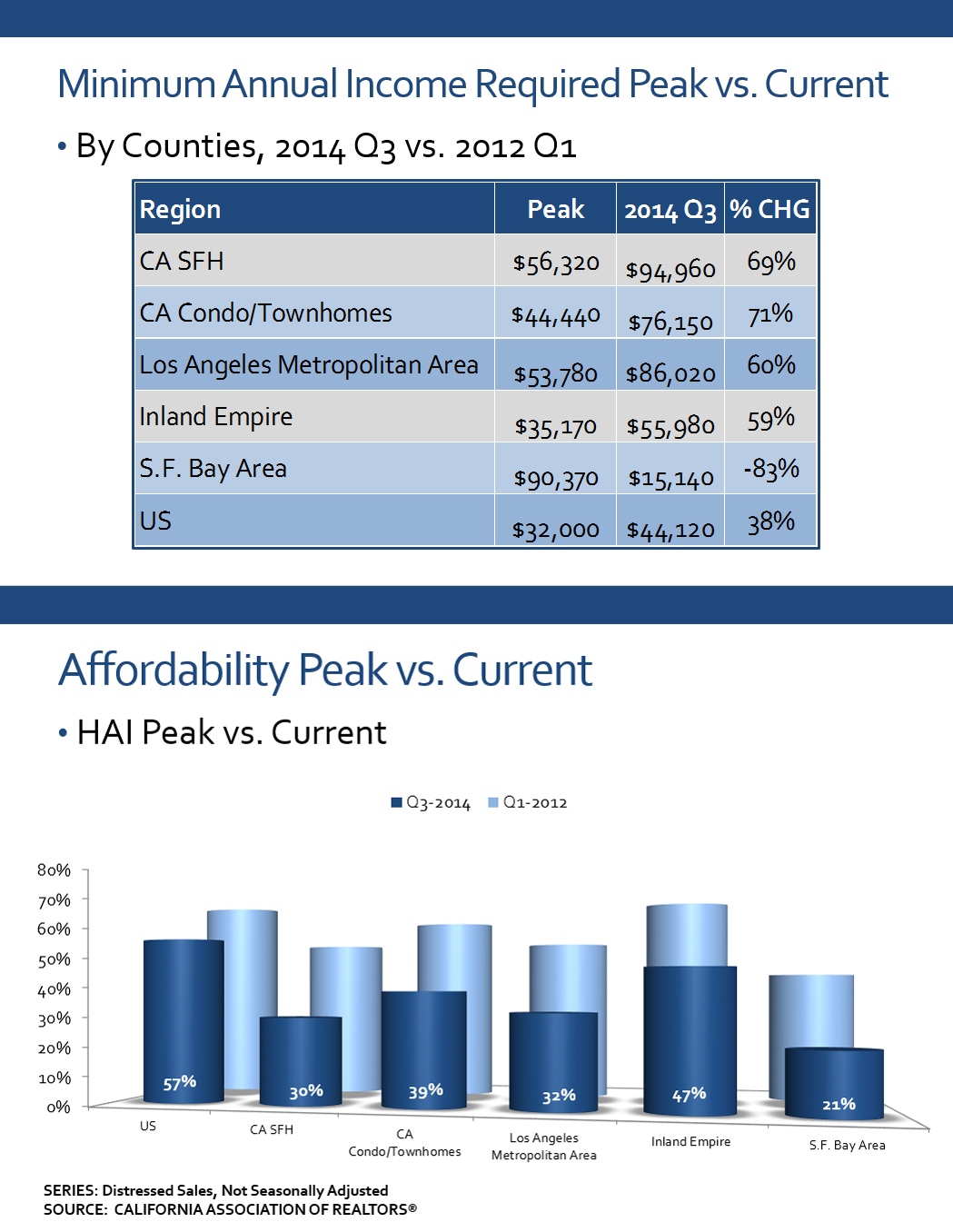