According to the National Association of Home Builders/Wells Fargo Housing Opportunity Index (HOI), firming home prices in markets across the country contributed to a slight dip in nationwide housing affordability in the third quarter of 2014.

The national median home price increased from $214,000 in the second quarter to $221,000 in the third quarter. Meanwhile, average mortgage interest rates decreased from 4.44 percent to 4.35 percent in the same period. 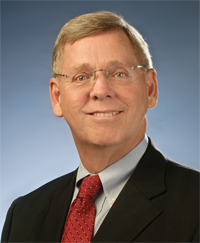 Youngstown-Warren-Boardman, Ohio-Pa. claimed the title of the nation's most affordable major housing market, as 89.1 percent of all new and existing homes sold in this year's third quarter were affordable to families earning the area's median income of $52,700.

Meanwhile, Cumberland, Md.-W.Va. and Kokomo, Ind. each tied as the most affordable smaller market, with 94.8 percent of homes sold in the third quarter being affordable to those earning the median income of $54,100 in Cumberland and $56,900 in Kokomo.

Other major U.S. housing markets at the top of the affordability chart in the third quarter included Syracuse, N.Y.; Indianapolis-Carmel, Ind.; Harrisburg-Carlisle, Pa.; and Dayton, Ohio; in descending order.

For an eighth consecutive quarter, San Francisco-San Mateo-Redwood City, Calif. was the nation's least affordable major housing market. There, just 11.4 percent of homes sold in the third quarter were affordable to families earning the area's median income of $100,400.

All five least affordable small housing markets were in California. At the very bottom was Napa, where 10.2 percent of all new and existing homes sold were affordable to families earning the area's median income of $70,300. Other small markets included Santa Cruz-Watsonville, Salinas, Santa Rosa-Petaluma, and San Luis Obispo-Paso Robles; in descending order.