According to national property broker Redfin, a surge in mortgage rates over the Labor Day holiday weekend sapped much of the remaining energy out of the housing market.

Home-touring activity took a nosedive, and the share of sellers dropping their price remained near a record high. As a result of decreasing demand, fewer homes sold above list price than any time since February 2021, and average sale-to-list price ratio fell to its lowest level since March 2021. The typical home that sold during the four weeks ending September 4 went for 0.3% below its final list price following a year and a half of the average home selling above list price.

It seems that the mortgage-rate spike and declining demand discouraged homeowners from entering the market too, as new listings fell 18% year over year.

"The housing market always cools down this time of year, but this year, I expect fall and winter to be especially frigid as sales dry up more than usual," said Redfin Chief Economist Daryl Fairweather. "Thanks largely to mortgage rates near or even above 6%, potential homebuyers and sellers are focusing on the back-to-school season and enjoying the last days of summer rather than getting into an uncertain market. It may feel like you are playing roulette when it comes to timing when to lock your mortgage rate, but just remember you can refinance when rates eventually do turn down." 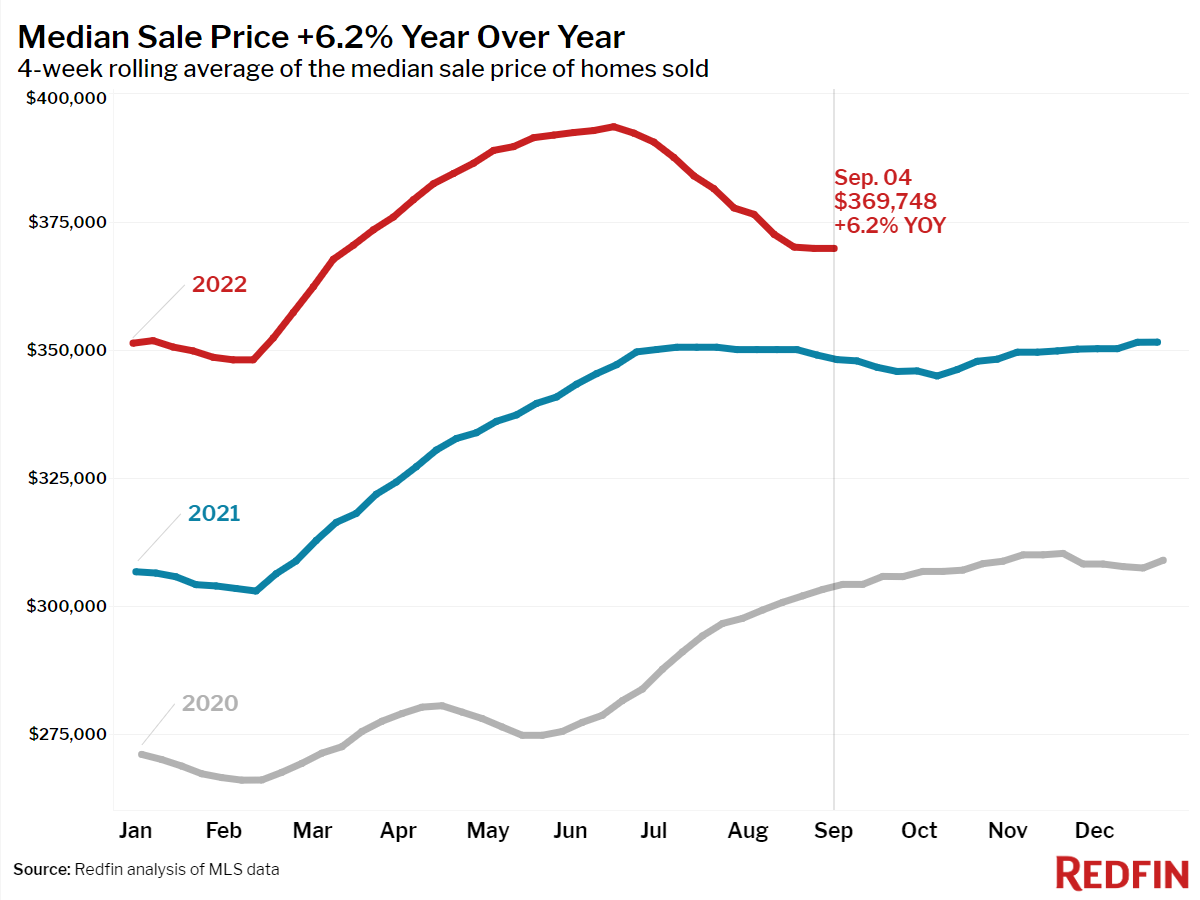 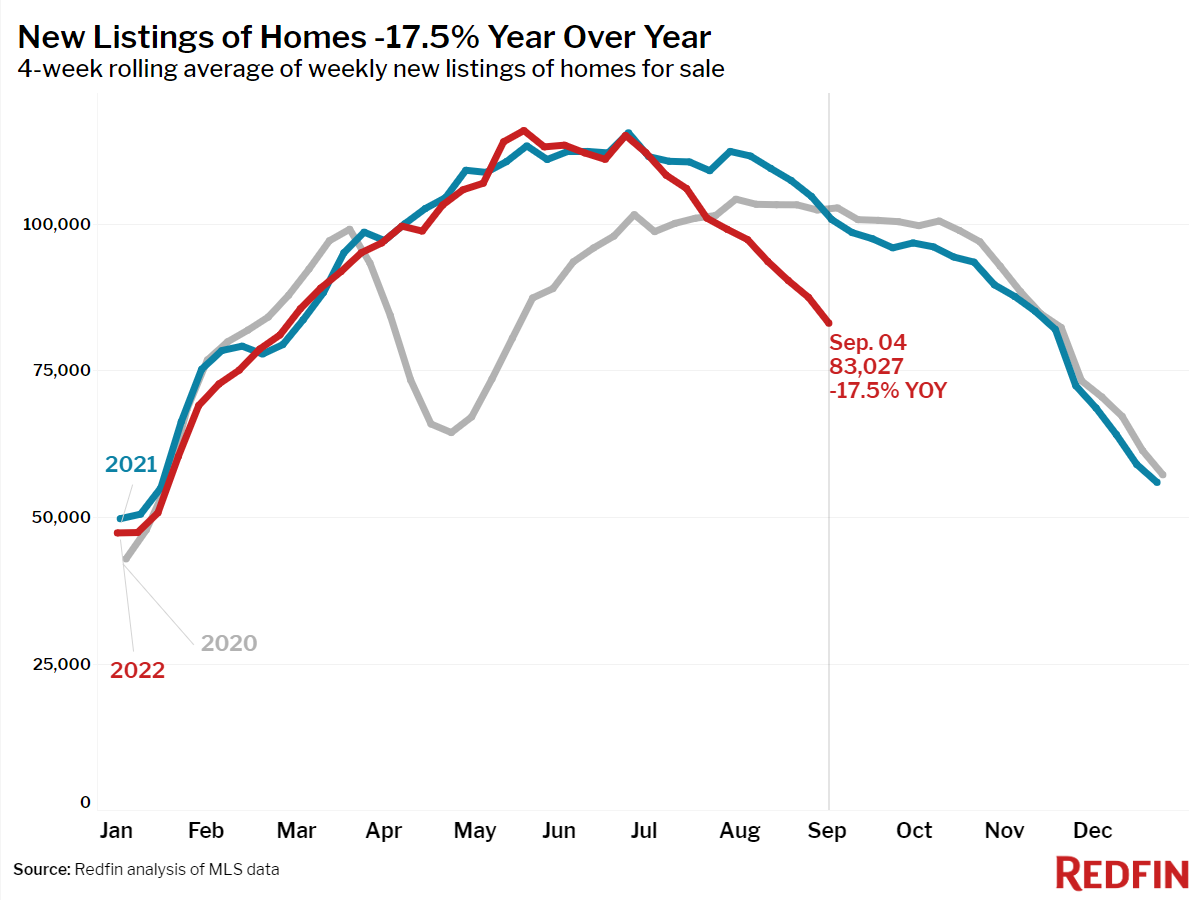