According to global property advisor CBRE Group, U.S. tech-related office leasing accounted for 20 percent of all office leasing in the U.S. in the first half of 2016, up from 18 percent in 2015, despite an overall slowing in tech job creation.

CBRE's annual Tech-Thirty Report, which analyzes the 30 leading technology markets in the U.S. and Canada, showed that the hottest tech submarkets where tech job creation continues to boom--led by East Cambridge, Palo Alto and Santa Monica--are significantly outperforming their overall markets in terms of leasing activity and rent premiums, fueled primarily by the demand for highly-skilled tech talent. The resulting low vacancy and higher costs in many of these top submarkets are causing new clusters to emerge in order to meet the continuing demand from tech companies.

Boston and New York are two examples where these market dynamics are creating a shift in demand. "Although tech is very much at the center of the East Cambridge submarket, we have seen some demand in Boston shift to the Seaport and the CBD which have larger available blocks and more adaptive space. Similarly, in New York, Brooklyn, Downtown and Midtown have attracted tech companies as Midtown South pricing has increased and space options have diminished," said Spencer Levy, head of Americas Research, CBRE.

Office Rents in the Tech-Thirty

The CBRE report shows that office rents for the top submarket in each of the 30 markets analyzed increased in all but one submarket between Q2 2014 and Q2 2016. The highest rent growth in this period occurred in both established and up-and-coming tech submarkets, illustrating stiff competition among tenants to locate in areas rich in talent such as University City, Oakland/East End Pittsburgh, East Cambridge, Palo Alto and Tempe. The top submarkets for net absorption during this period varied across the country--among them Tempe, University City, Lake Union, South Valley and Northwest Denver.

Tech Job Momentum in the Tech-Thirty

CBRE's research shows that 20 of the markets in the Tech-Thirty saw momentum gains in high-tech software/services job creation, including Toronto, Charlotte and Dallas/Ft. Worth. Even in the 10 Tech-Thirty markets that showed slowing growth in tech job creation from 2013 to 2015, (compared to 2012-2014), growth was still relatively strong--Silicon Valley, Austin, Nashville, Salt Lake City and Portland all saw growth of 16 percent or higher, far outpacing the 13.7 percent national average.

Job Growth in the Tech-Thirty

CBRE also analyzed the Tech-Thirty markets according to high-tech industry job growth. San Francisco topped the rankings for the fifth consecutive year; its high-tech job base has grown 47.0 percent between 2013 and 2015, while average asking rents increased by 22.7 percent from Q2 2014 and Q2 2016. Eighteen markets outperformed the U.S. average of 13.7 percent job growth in high-tech software/services, with Phoenix (44.5 percent), Austin (33.3 percent), Charlotte (33.2 percent), and Indianapolis (27.9 percent) rounding out the top five.

Over the past five years, the software/services industry created 780,000 new jobs at a 7.3 percent growth rate and accounted for nearly 20 percent of major leasing activity. In H1 2016, tighter labor and volatile capital market conditions led to job creation slowing to a 4 percent annual growth rate, which had a slight impact on certain office markets, like Washington, D.C., New York and the San Francisco Bay Area.

"Advanced technology has integrated itself into business productivity and although the talent pool is limited, strong demand for technology services from both businesses and consumers is expected to support hiring by high-tech firms. The skills of the available labor pool do not appear to align with available jobs, causing a structural barrier to growth," added Mr. Yasukochi. "This demand for technology should support growth among high-tech companies and high-tech office market clusters." 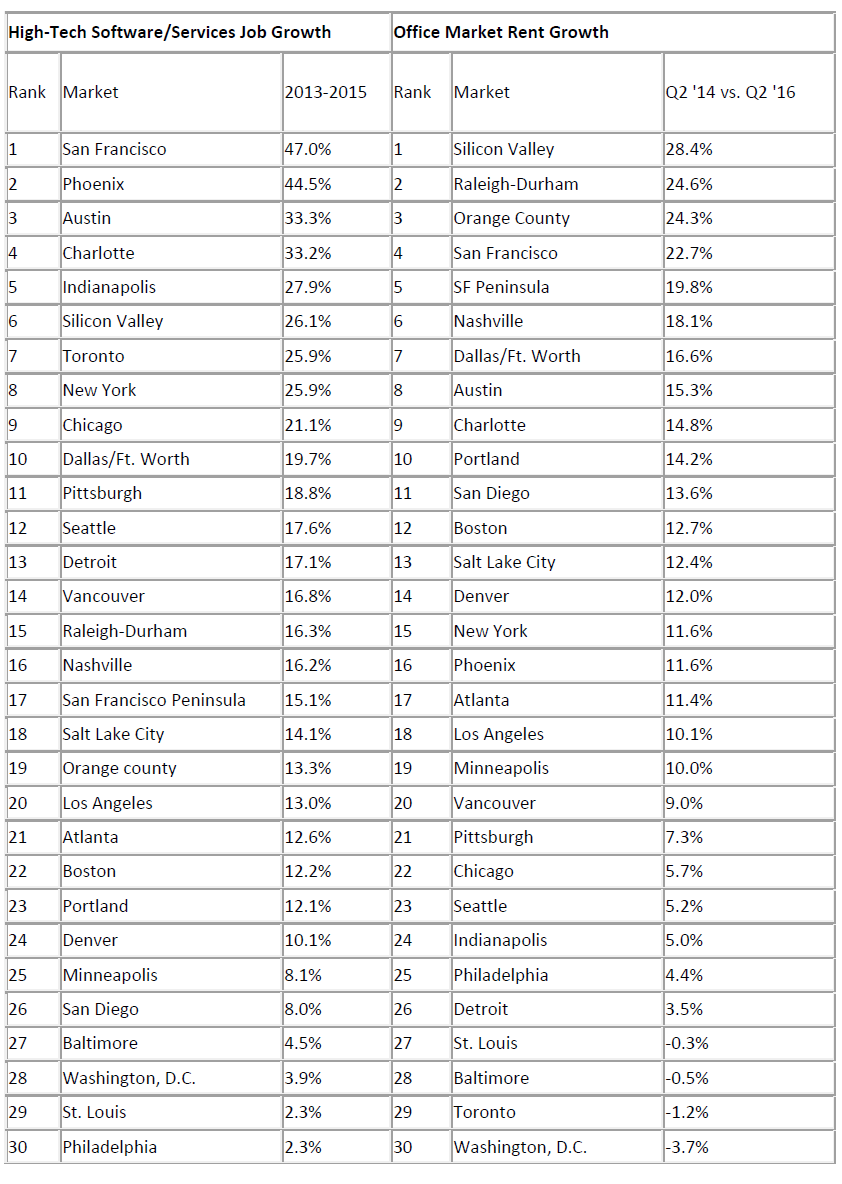 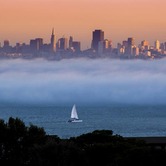 Record-low mortgage rates were not enough to offset inventory shortages and rising home prices as housing affordability continued to decline in the third quarter of 2020.