Over the past year the American housing market has been struck by the combination of strong demand and limited supply. Young adult renters are increasingly feeling confident enough to buy, but they are entering a market with very few homes for sale, as inventory has been steadily declining for almost three years. Low interest rates have buoyed buyers' budgets, raising the limits on what they can afford - and may be willing - to pay.

Homes sell quickly in such a competitive market, with the typical U.S. home selling in 80 days, including the time it takes to close on the sale. In San Jose, San Francisco and Seattle, the average home sells in less than 50 days. Fierce competition means buyers may not win a home on their first offer. The typical buyer spends more than four months home shopping and has to make multiple offers before an offer is accepted, according to the 2017 Zillow Group Consumer Housing Trends Report.

"Low interest rates and strong labor markets with high-paying jobs have allowed home buyers in some of the country's priciest housing markets to bid well over asking price," said Zillow Senior Economist Aaron Terrazas. "In the booming tech capitals of the California Bay Area and Pacific Northwest, paying above list price is now the norm. In the face of historically tight inventory, buyers have had to be more aggressive in their offers. We don't expect this inventory crunch to ease meaningfully in 2018, meaning buyers will be facing many of the same struggles this year."

In San Jose, Calif., San Francisco, Salt Lake City and Seattle, more than half of all homes sold last year went for above the list price. The average home sold above list in San Jose netted sellers an additional $62,000, the largest difference between list and sale price of the metros analyzed.

Miami homes were least likely to sell for more than the listed price last year, followed by Virginia Beach and New Orleans. 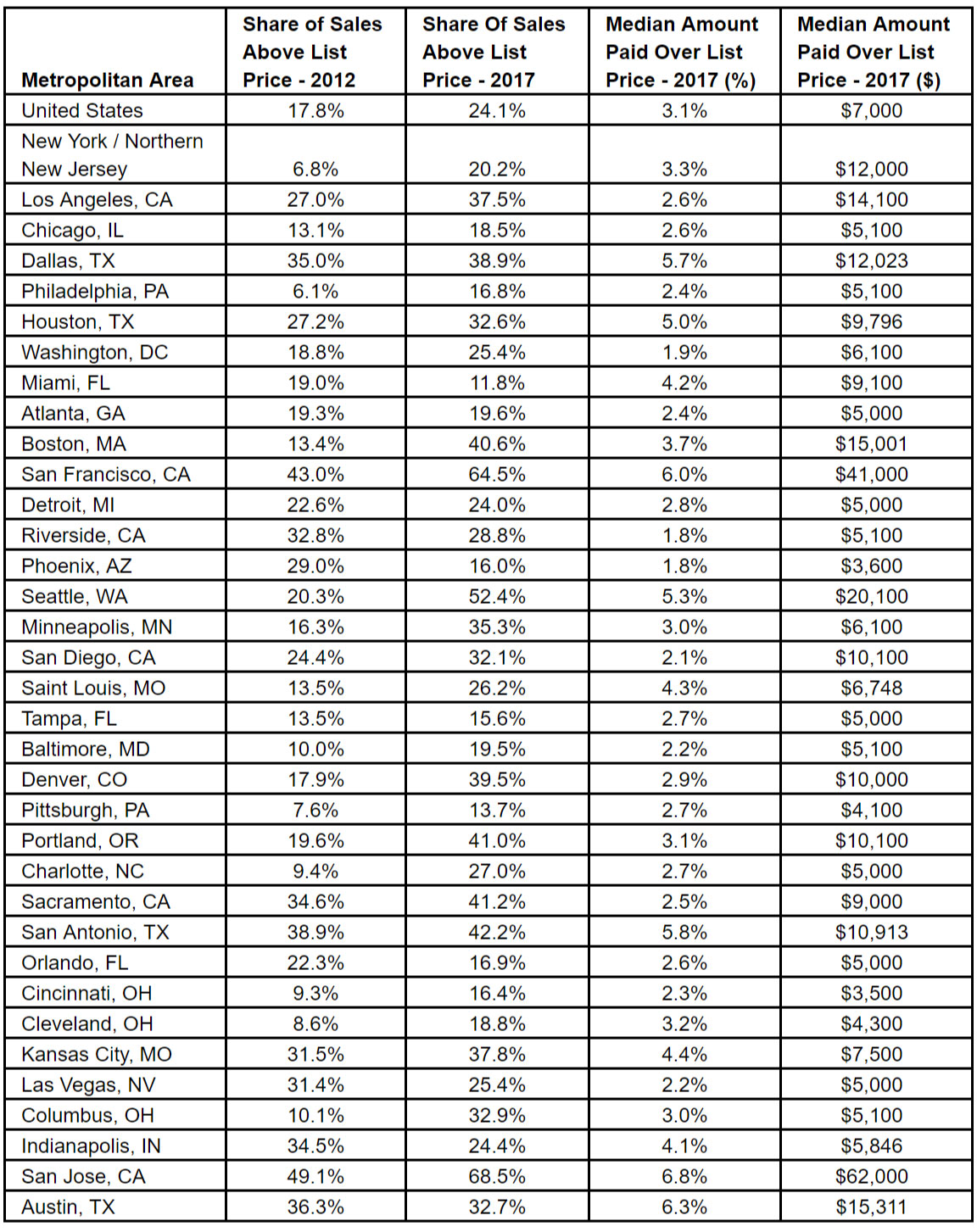