New Home Prices Dip in US, Largest Decline in 7 Years

Residential News » Scottsdale Edition | By WPJ Staff | November 18, 2019 8:56 AM ET
Signup for Our Weekly Newsletter »
According to Redfin, new-home sales prices in the U.S. dropped 1.5 percent year over year to a median of $370,300 in the third quarter. This marks the biggest decline since at least 2012 and the third consecutive quarter of declines.

The price decline for new homes is partly a reflection of builders responding to buyer demand for affordability, which strengthened sales.

The surge in sales, along with a nearly 10 percent year-over-year increase in residential building permits--the biggest in two-and-a-half years--signals the beginning of a moderate recovery for the new-home market.

"Buyers are returning to the new-home market thanks to low mortgage rates and relatively low prices," said Redfin chief economist Daryl Fairweather. "And builders, also taking advantage of low interest rates to fund projects, are paying attention to preferences for affordability, which has led to more sales. Residential construction was a bright spot in the economy in the third quarter, a sign that builders are working to fill an inventory gap. As we head into the new year, I expect more new-home listings to hit the market, which should help sustain the relatively high level of sales."

Allen Wyde, a Redfin agent in Raleigh, NC, said he's seeing a resurgence in the new-home market in his area, partly because builders have begun addressing buyer demand after several years of shortages. Twenty-seven percent of homes sold in Raleigh in the third quarter were new, the highest of the metros tracked by Redfin.

"While buyers in Raleigh have always been interested in new homes, construction nearly ground to a halt after the Great Recession as builders were scared of being left with newly built homes they wouldn't be able to sell," Wyde said. "In the last two years, builders have loosened the reins and started constructing homes without a buyer in mind. And they're selling."
Sponsored by
Related News Stories 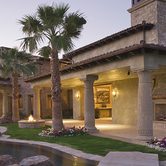 Existing-home sales in the U.S. strengthened in July 2019, a positive reversal after total sales were down slightly in the previous month. Although Northeast transactions declined, the other three major U.S. regions recorded sales increases, including vast growth in the West last month. 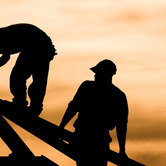 According to the U.S. Department of Housing and Urban Development and the U.S. Census Bureau, sales of newly built, single-family homes fell 6.7 percent to a seasonally adjusted annual rate of 673,000 units in April 2019 after a sharp upwardly revised March 2019 report. 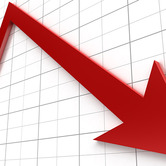 U.S. Foreclosures Down to Lowest Levels Since 2008

A total of 161,875 U.S. properties with a foreclosure filing during the first quarter of 2019, down 23 percent from the previous quarter and down 15 percent from a year ago to the lowest level since Q1 2008.

According to the recently released CBRE U.S. Seniors Housing & Care Investor Survey, the appetite for senior housing acquisitions in the U.S. remains strong, with nearly two-thirds of investors planning to increase the size of their portfolios over the next 12 months.