According to the National Association of Realtors, existing-home sales increased in October 2021, marking two straight months of growth.

Two of the four major U.S. regions saw month-over-month sales climb, one region reported a drop and the fourth area held steady in October. On a year-over-year basis, each region witnessed sales decrease.

Total existing-home sales, completed transactions that include single-family homes, townhomes, condominiums and co-ops, rose 0.8% from September to a seasonally adjusted annual rate of 6.34 million in October. Sales fell 5.8% from a year ago (6.73 million in October 2020).

Total housing inventory at the end of October amounted to 1.25 million units, down 0.8% from September and down 12.0% from one year ago (1.42 million). Unsold inventory sits at a 2.4-month supply at the current sales pace, equal to September's supply, and down from 2.5 months in October 2020.

"Among some of the workforce, there is an ongoing trend of flexibility to work anywhere, and this has contributed to an increase in sales in some parts of the country," said Yun. "Record-high stock markets and all-time high home prices have worked to significantly raise total consumer wealth and, when coupled with extended remote work flexibility, elevated housing demand in vacation regions."

In October, first-time buyers were responsible for 29% of sales, up from 28% in September and down from 32% in October 2020. NAR's 2021 Profile of Home Buyers and Sellers - released earlier this month - reported that the annual share of first-time buyers was 34%.

Distressed sales - foreclosures and short sales - represented less than 1% of sales in October, equal to the percentage seen a month prior and equal to October 2020. 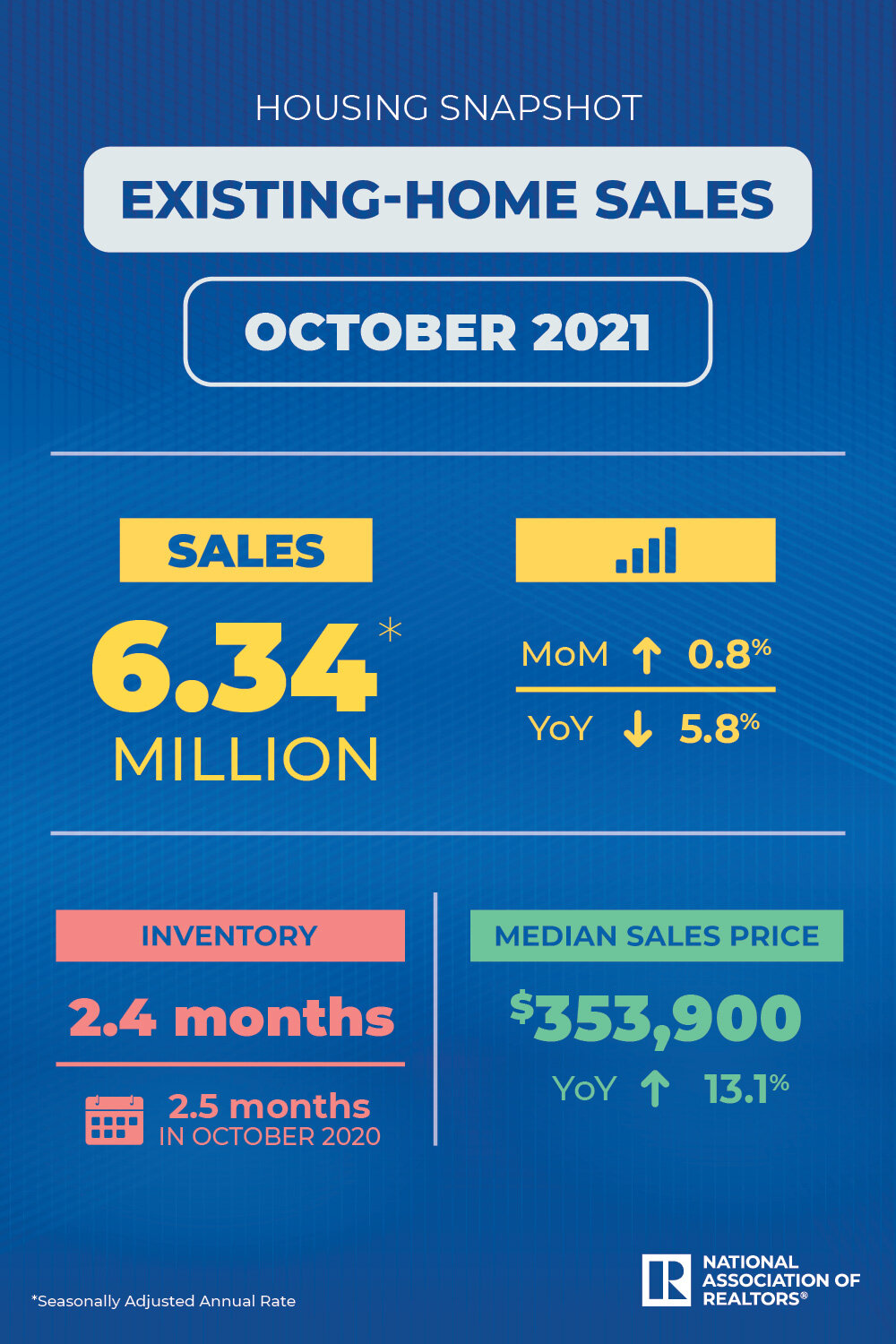