According to the Mortgage Bankers Association's latest Builder Applications Survey for August 2016, mortgage applications for new home purchases increased by 5 percent relative to the previous month. This change does not include any adjustment for typical seasonal patterns. 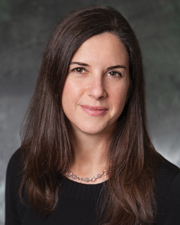 "Applications for new home purchase mortgages were up in August on an unadjusted basis following a sluggish July," said Lynn Fisher, MBA's Vice President of Research and Economics. "New home purchase applications increased 5 percent over the month and increased more than 14% compared to August a year ago.

Based on the applications data, our estimate of seasonally adjusted new home sales for August reached 601,000 sales, the highest level observed in our survey since it began in 2012. While our new home sales estimates have trailed the recent Census data, the increase in our series in August, which derives from a different source of data compared to the Census, provides some corroboration that single family building activity has remained strong even as the summer winds down. Our sense is that builders have been attempting to catch up with demand in the face of labor shortfalls and other limiting factors in various parts of the country."

The MBA estimates new single-family home sales were running at a seasonally adjusted annual rate of 601,000 units in August 2016, based on data from the BAS.

The new home sales estimate is derived using mortgage application information from the BAS, as well as assumptions regarding market coverage and other factors.