According to Freddie Mac's latest Primary Mortgage Market Survey, the 30-year mortgage rate in the U.S. dropped for the third consecutive week and closing in on the 2017 low.

Sean Becketti, chief economist of Freddie Mac said, "The 10-year Treasury yield was relatively unchanged this week, while the 30-year mortgage rate fell 4 basis points to 4.1 percent. After three straight weeks of declines, the 30-year mortgage rate is now barely above the 2017 low. Next week's survey rate may be determined by Friday's employment report and whether or not it can sustain the strength from earlier this year." 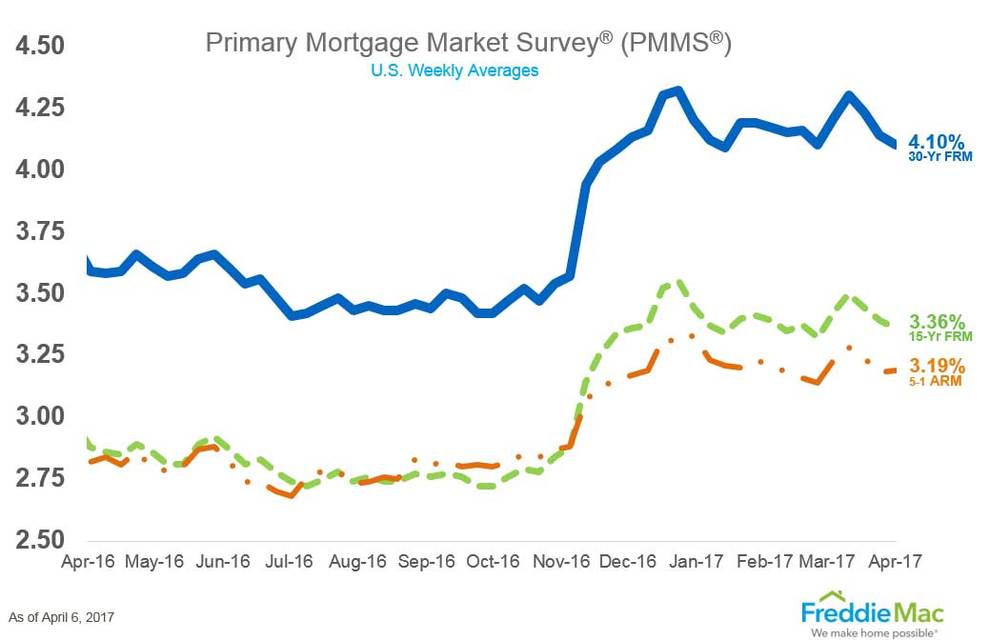