Residential News » Washington D.C. Edition | By WPJ Staff | October 30, 2019 8:13 AM ET
Signup for Our Weekly Newsletter »
According to the National Association of Realtors, U.S. pending home sales grew in September 2019, marking two consecutive months of increases. The four major regions were split last month, as the Midwest and South recorded gains but the Northeast and West reported declines in month-over-month contract activity.

The Pending Home Sales Index (PHSI), a forward-looking indicator based on contract signings, rose 1.5% to 108.7 in September. Year-over-year contract signings jumped 3.9%. An index of 100 is equal to the level of contract activity in 2001.

Historically low mortgage rates played a significant role in the two straight months of gains, according to Lawrence Yun, NAR's chief economist. "Even though home prices are rising faster than income, national buying power has increased by 6% because of better interest rates," he said. "Furthermore, we've seen increased foot traffic as more buyers are evidently eager searching to become homeowners."

Pointing to data from active listings at realtor.com, Yun says the upper end of the market is faring well. Fort Wayne, Ind., Rochester, N.Y., Pueblo, Colo., Columbus, Ohio, and Topeka, Kan., saw the largest increase in active listings in September compared to a year ago.

Although contract signings are on the upswing, Yun says the numbers would be even greater if more housing were available. "Going forward, interest rates will surely not decline in a sizable way, so the changes in the median price will be the key to housing affordability," he said. "But home prices are rising too fast because of insufficient inventory," he said. 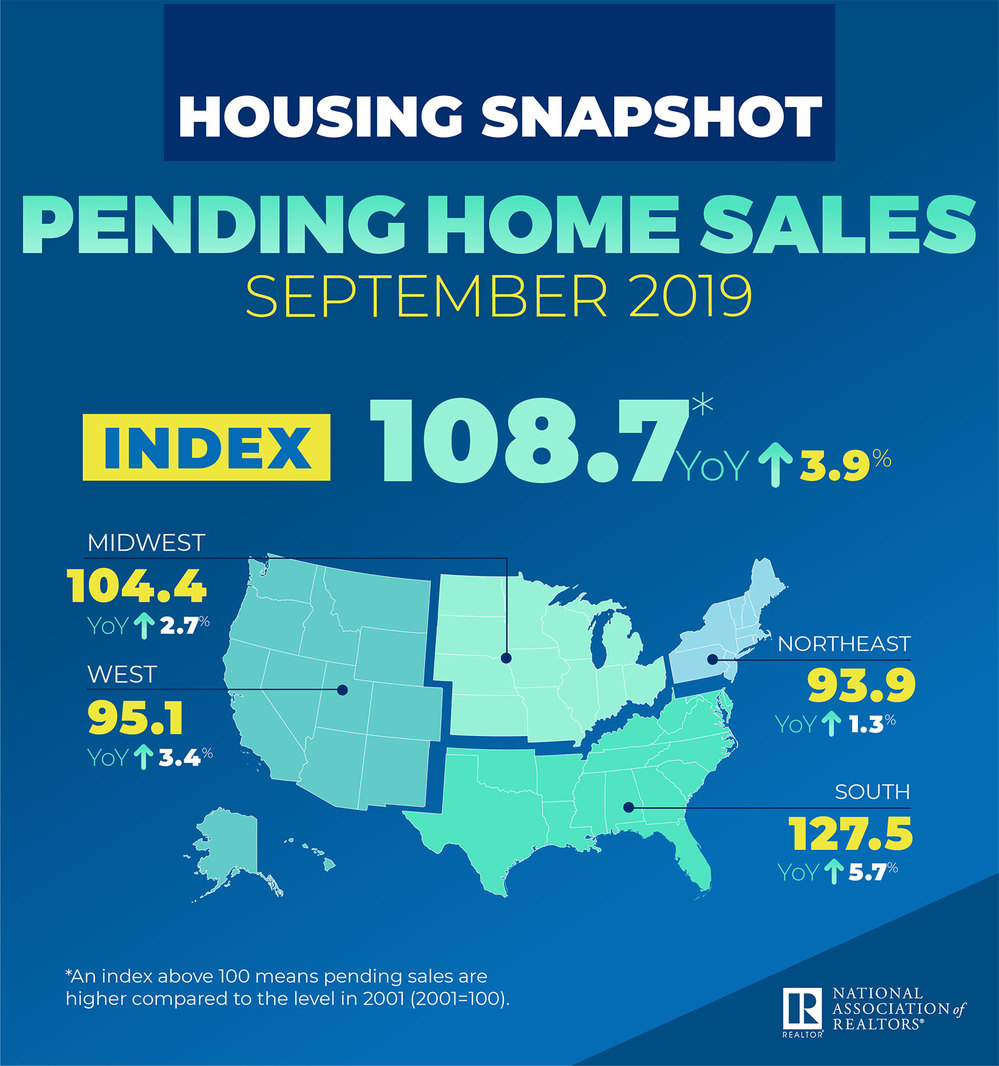