According to the National Association of Realtors, existing-home sales sagged for the sixth straight month in July 2022. All four major U.S. regions recorded month-over-month and year-over-year sales declines.

"The ongoing sales decline reflects the impact of the mortgage rate peak of 6% in early June," said NAR Chief Economist Lawrence Yun. "Home sales may soon stabilize since mortgage rates have fallen to near 5%, thereby giving an additional boost of purchasing power to home buyers."

Total housing inventory registered at the end of July was 1,310,000 units, an increase of 4.8% from June and unchanged from the previous year. Unsold inventory sits at a 3.3-month supply at the current sales pace, up from 2.9 months in June and 2.6 months in July 2021.

"We're witnessing a housing recession in terms of declining home sales and home building," Yun added. "However, it's not a recession in home prices. Inventory remains tight and prices continue to rise nationally with nearly 40% of homes still commanding the full list price."

Individual investors or second-home buyers, who make up many cash sales, purchased 14% of homes in July, down from 16% in June and 15% in July 2021.

"The action is in the pricey West region which experienced the sharpest sales decline combined with a sizable inventory increase," Yun said. "It's likely some Western markets will see prices decline, and that will be welcome news for buyers who watched rapid price jumps during the past two years." 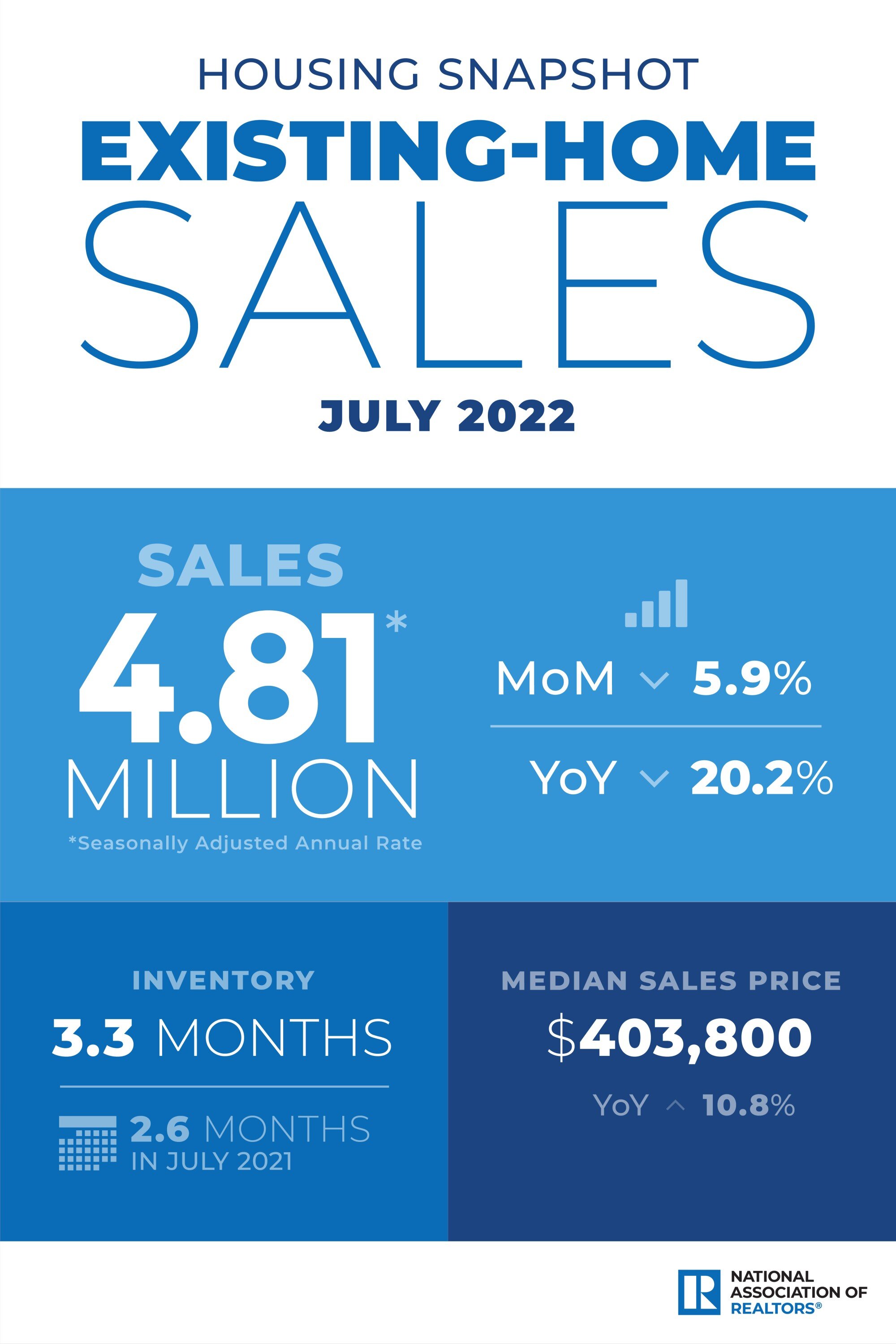