According to new data released by Freddie Mac, the average 30-year fixed-rate mortgage rate has soared to 5.78 percent. It was 5.23 percent one week ago, marking the biggest one-week jump since 1987. One year ago, these rates averaged less than 3 percent.

Based on the Mortgage Bankers Association's latest Builder Application Survey (BAS) data for May 2022 also shows mortgage applications for new home purchases decreased 5 percent compared to a year ago. Compared to April 2022, applications decreased by 4 percent. This change does not include any adjustment for typical seasonal patterns.

"Applications to purchase new homes in May fell by 4 percent from April, as mortgage rates hit 5.5 percent and further dampened demand. Activity was already constrained due to tight for-sale inventory, high sales prices, and extended building completion timelines," said Joel Kan, MBA's Associate Vice President of Economic and Industry Forecasting. "After increasing for 15 consecutive months, the average loan size fell slightly from April's survey high to $430,855, which is a potential indication that cooling demand may be starting to moderate price growth."

MBA estimates new single-family home sales were running at a seasonally adjusted annual rate of 727,000 units in May 2022, based on data from the BAS. The new home sales estimate is derived using mortgage application information from the BAS, as well as assumptions regarding market coverage and other factors. 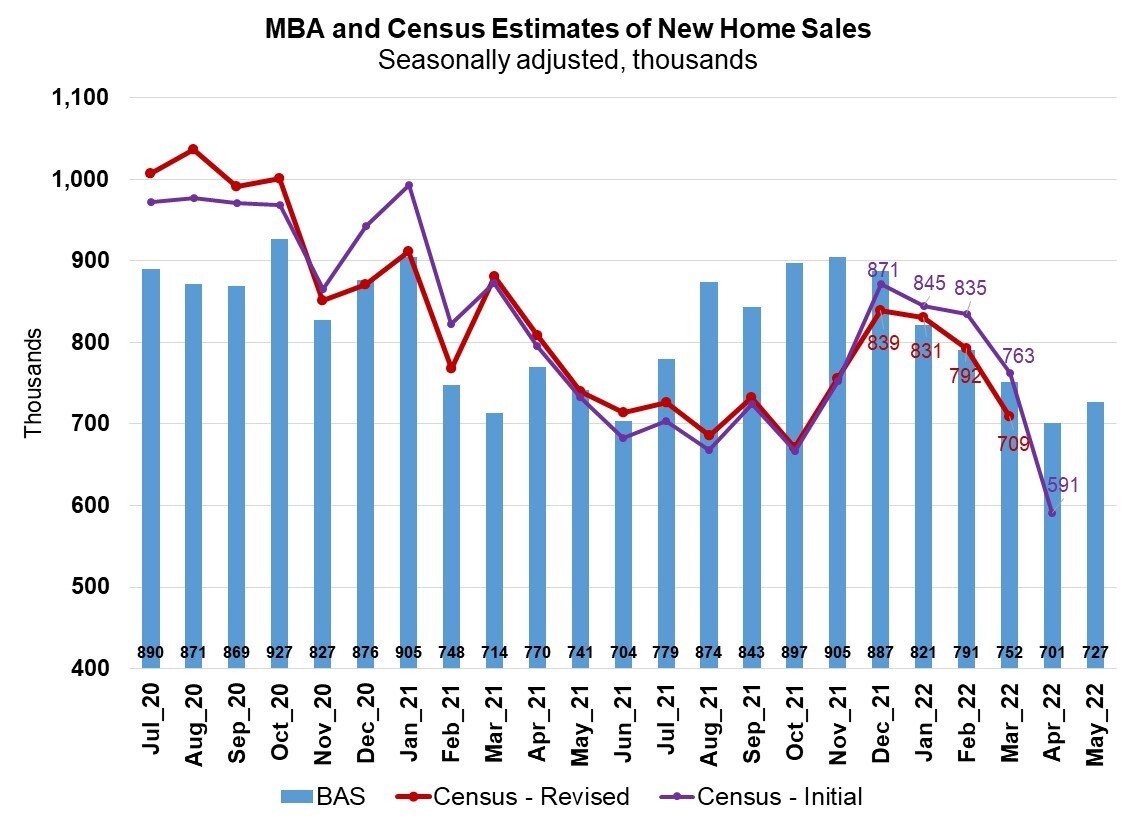 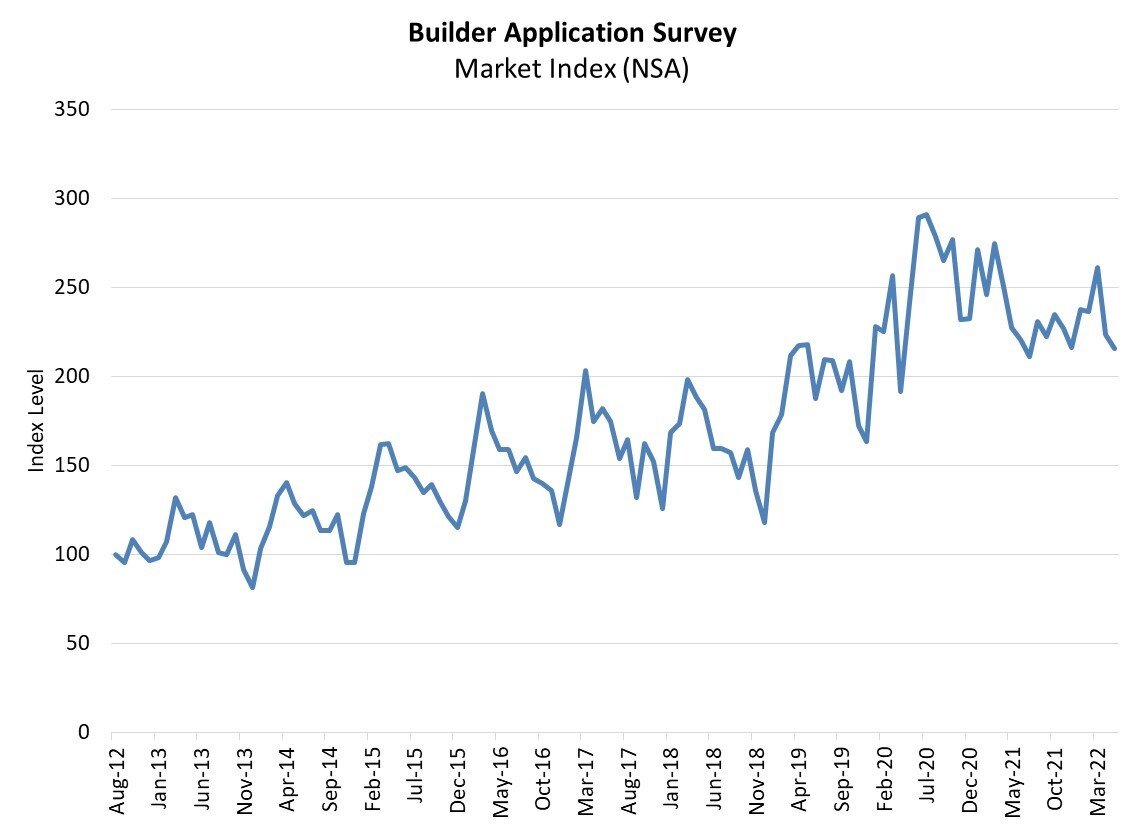