U.S. Home Sales Take a Hit in February, Down Over 7 Percent

According to new data by the National Association of Realtors, existing-home sales in the U.S. dipped in February 2022, continuing a seesawing pattern of gains and declines over the last few months. Each of the four major U.S. regions saw sales fall on a month-over-month basis in February. Sales activity year-over-year was also down overall, though the South experienced an increase while the remaining three regions reported drops in transactions.

"Housing affordability continues to be a major challenge, as buyers are getting a double whammy: rising mortgage rates and sustained price increases," said Lawrence Yun, NAR's chief economist. "Some who had previously qualified at a 3% mortgage rate are no longer able to buy at the 4% rate.

"Monthly payments have risen by 28% from one year ago - which interestingly is not a part of the consumer price index - and the market remains swift with multiple offers still being recorded on most properties."

Yun notes that rising rates and escalating prices have prevented many consumers from making a purchase.

"The sharp jump in mortgage rates and increasing inflation is taking a heavy toll on consumers' savings," he said. "However, I expect the pace of price appreciation to slow as demand cools and as supply improves somewhat due to more home construction."

The median existing-home price for all housing types in February was $357,300, up 15.0% from February 2021 ($310,600), as prices grew in each region. This marks 120 consecutive months of year-over-year increases, the longest-running streak on record.

Distressed sales - foreclosures and short sales - represented less than 1% of sales in February, equal to the percentage seen in both January 2022 and February 2021.

Existing-home sales in the South fell 5.1% in February from the prior month, posting an annual rate of 2,790,000, an increase of 3.0% from one year ago. The median price in the South was $318,800, an 18.1% jump from one year prior. For the sixth straight month, the South experienced the highest pace of price appreciation compared to the other regions.

"Employment is vital for housing demand," said Yun. "The Southern states are seeing faster job growth, and consequently, it's the only region to experience a sales gain from a year ago." 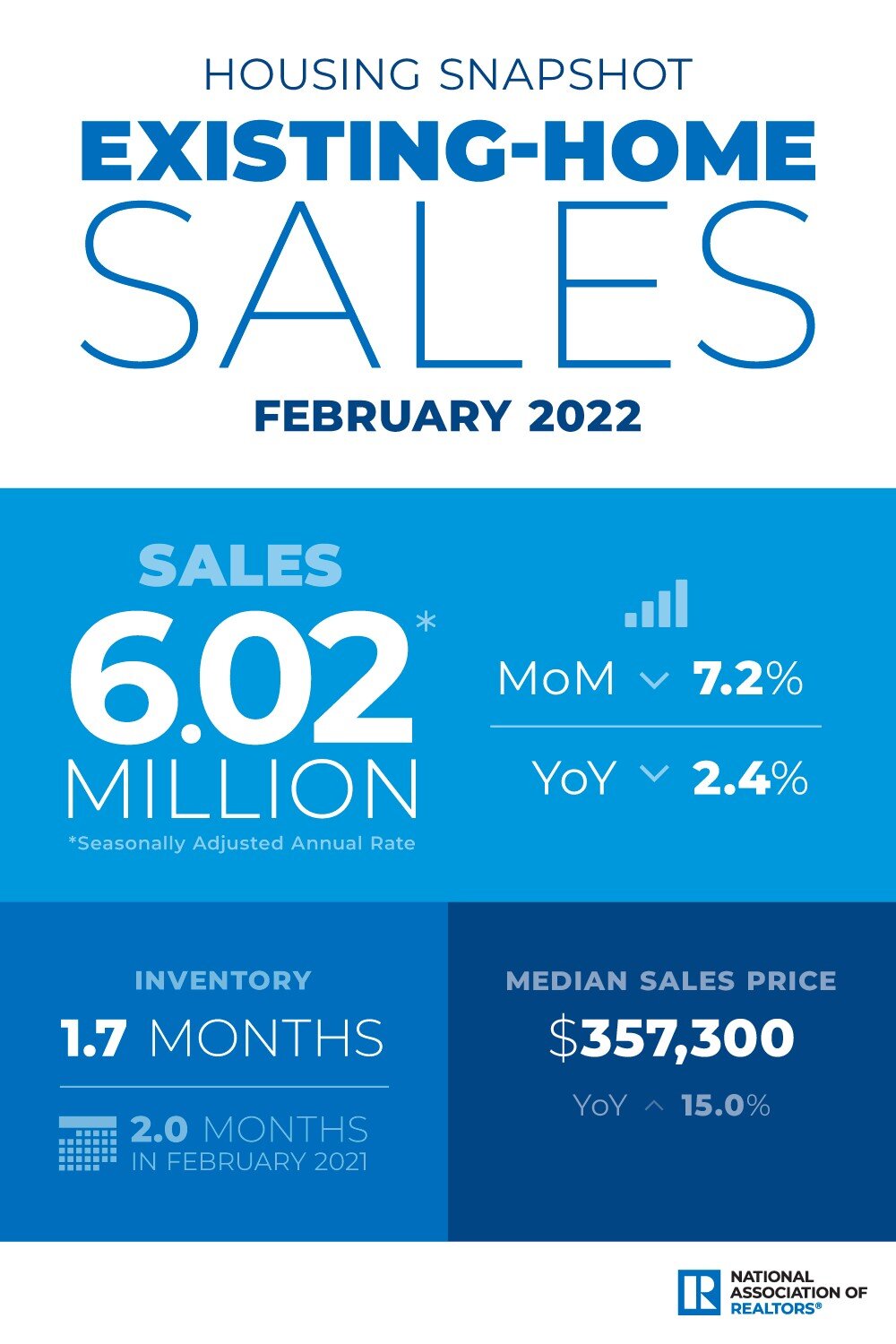