According to the National Association of Realtors, U.S. existing-home sales decreased in March 2022, marking two consecutive months of declines. Month-over-month, sales in March waned in three of the four major U.S. regions while holding steady in the West. Sales were down across each region year-over-year.

With mortgage rates expected to rise further, Yun predicts transactions to contract by 10% this year, for home prices to readjust, and for gains to grow around 5%.

"Home prices have consistently moved upward as supply remains tight," Yun said. "However, sellers should not expect the easy-profit gains and should look for multiple offers to fade as demand continues to subside."

"It appears first-time homebuyers are still looking to lock in at current mortgage rates before they inevitably increase," Yun said.

"With rising mortgage rates, cash sales made up a larger fraction of transactions, climbing to the highest share since 2014," Yun said.

Distressed sales - foreclosures and short sales - represented less than 1% of sales in March, equal to the percentage seen in both February 2022 and March 2021.

Realtor.com's Market Trends Report in March shows that the greatest year-over-year median list price growth occurred in Miami (+37.0%), Las Vegas (+35.2%), and Tampa (+32.0%). Austin posted the highest growth in the share of homes which had their prices reduced compared to last year (+2.9 percentage points), followed by Sacramento and Memphis (+2.3 percentage points).

Existing-home sales in the South dipped 3.0% in March from the prior month, registering an annual rate of 2,620,000, a decrease of 3.0% from one year ago. The median price in the South was $339,000, a 21.2% surge from one year prior. For the seventh straight month, the South experienced the highest pace of price appreciation in comparison to the other three regions. 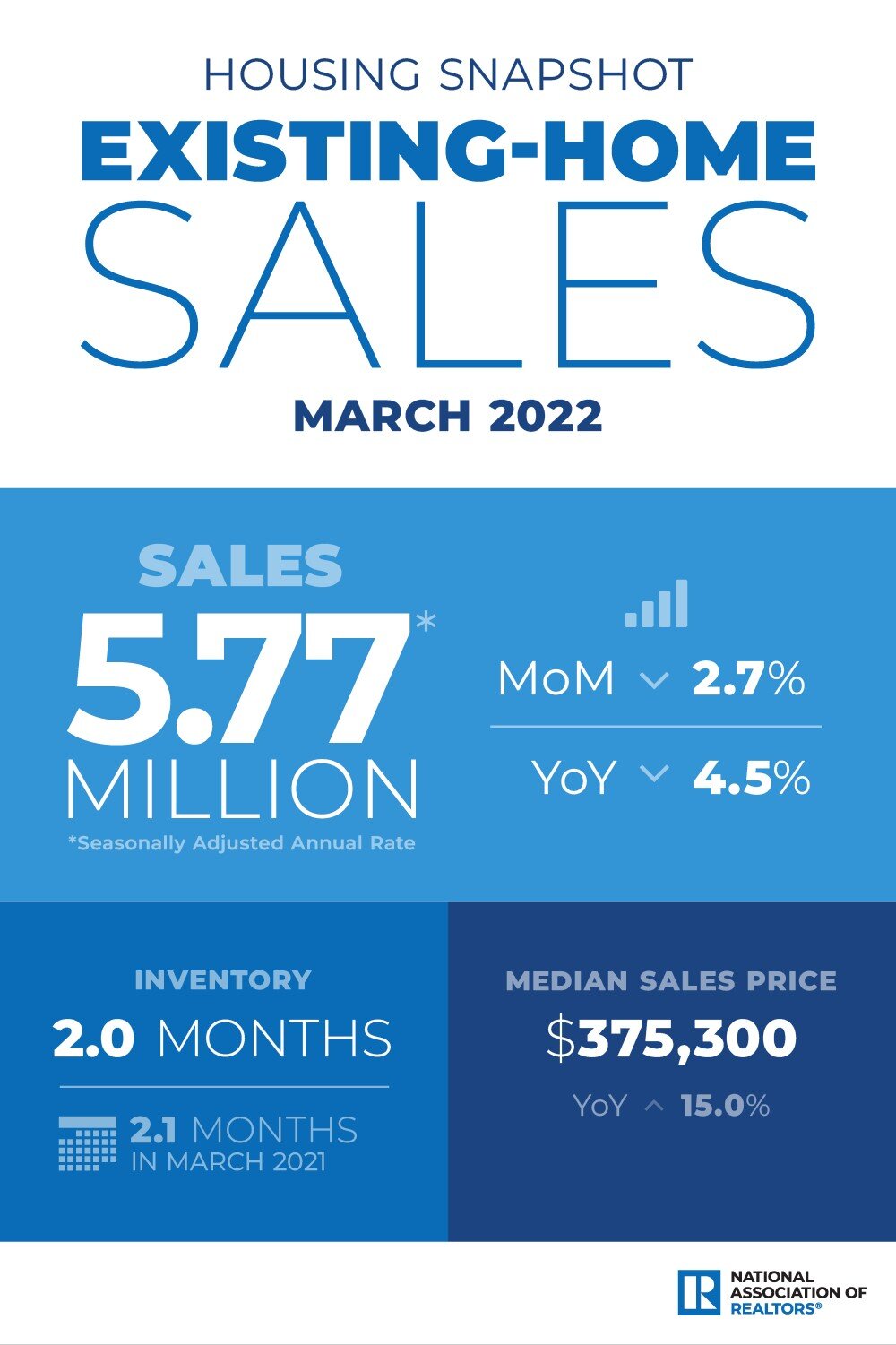