Based on the Mortgage Bankers Association's latest Annual Mortgage Bankers Performance Report, independent mortgage banks and mortgage subsidiaries of chartered banks in the U.S. made an average profit of $1,470 on each loan they originated in 2019, up from $367 per loan in 2018. 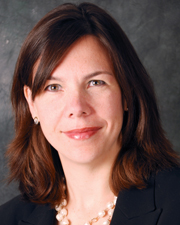 "2019 was a much improved mortgage market compared to the very challenging environment for the industry in 2018," said Marina Walsh, MBA's Vice President of Industry Analysis. "After an unfavorable first quarter, independent mortgage companies saw significant improvement in profitability starting in the second quarter, driven by a jump in refinancing activity from the steady decline in mortgage rates. As volume escalated, production costs dropped from 2018 levels by $743 per loan."

Added Walsh, "For companies holding mortgage servicing rights (MSR), one downside was that prepayment activity triggered heavy MSR amortization and write-downs. These write-downs were particularly painful for servicers that did not hedge their MSRs."

According to Walsh, profits on the production side of the business generally compensated for servicing losses. Including both production and servicing operations, 92 percent of the firms posted pre-tax net financial profits in 2019, compared to only 69 percent of firms in 2018.

"For many IMBs, 2019 is now a distant memory because of the mortgage market disruption caused by the ongoing COVID-19 pandemic," said Walsh. "The many pain points right now for IMBs include liquidity constraints, volatility in the secondary markets, capacity issues from heightened refinance activity, mortgage origination obstacles due to social distancing, and escalating forbearance activity. All of these challenges could factor into the future profitability of many IMBs."

Among the other key findings of MBA's 2019 Annual Mortgage Bankers Performance Report:

Independent mortgage banks and mortgage subsidiaries of chartered banks in the U.S. made an average profit of $1,470 on each loan they originated in 2019, up from $367 per loan in 2018.

The coronavirus pandemic has wreaked havoc on many of America's "non-essential" industries. That includes tourism, as countless attractions have closed down.

Real estate broker Redfin is reporting this week that U.S. homebuying demand, as measured by the annual growth rate in customers going on their first tour with a Redfin agent, took a sharp dive in April 2020. 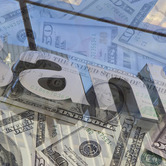 Mortgage Loans in Forbearance Continues to Climb in U.S. Amid COVID-19 Outbreak 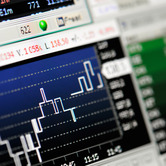