Based on the Mortgage Bankers Association's latest Builder Application Survey data for February 2022, U.S. mortgage applications for new home purchases decreased 3.9 percent compared from a year ago. Compared to January 2022, applications decreased by 1 percent. This change does not include any adjustment for typical seasonal patterns.

"New home purchase activity slowed in February, as for-sale inventories remained tight, and mortgage rates increased to their highest levels since 2019. February is typically the start of the spring home buying season, but applications to purchase a new home were down on a monthly and annual basis," said Joel Kan, MBA's Associate Vice President of Economic and Industry Forecasting. "MBA estimates that new home sales declined for the third consecutive month, hitting the lowest sales pace in seven months at 791,000 units. Over the last three months, mortgage rates have increased over 70 basis points, and combined with elevated sales prices, that is putting a weight on purchase activity. The decline in activity was also consistent with somewhat weaker homebuilder sentiment and increased uncertainty for the industry as the crisis in Ukraine has worsened the situation for building material prices and availability."

MBA estimates new single-family home sales were running at a seasonally adjusted annual rate of 791,000 units in February 2022, based on data from the BAS. The new home sales estimate is derived using mortgage application information from the BAS, as well as assumptions regarding market coverage and other factors.

The seasonally adjusted estimate for February is a decrease of 3.7 percent from the January pace of 821,000 units. On an unadjusted basis, MBA estimates that there were 66,000 new home sales in February 2022, unchanged from the new home sales level in January.

MBA's Builder Application Survey tracks application volume from mortgage subsidiaries of home builders across the country. Utilizing this data, as well as data from other sources, MBA is able to provide an early estimate of new home sales volumes at the national, state, and metro level. This data also provides information regarding the types of loans used by new home buyers. Official new home sales estimates are conducted by the Census Bureau on a monthly basis. In that data, new home sales are recorded at contract signing, which is typically coincident with the mortgage application. 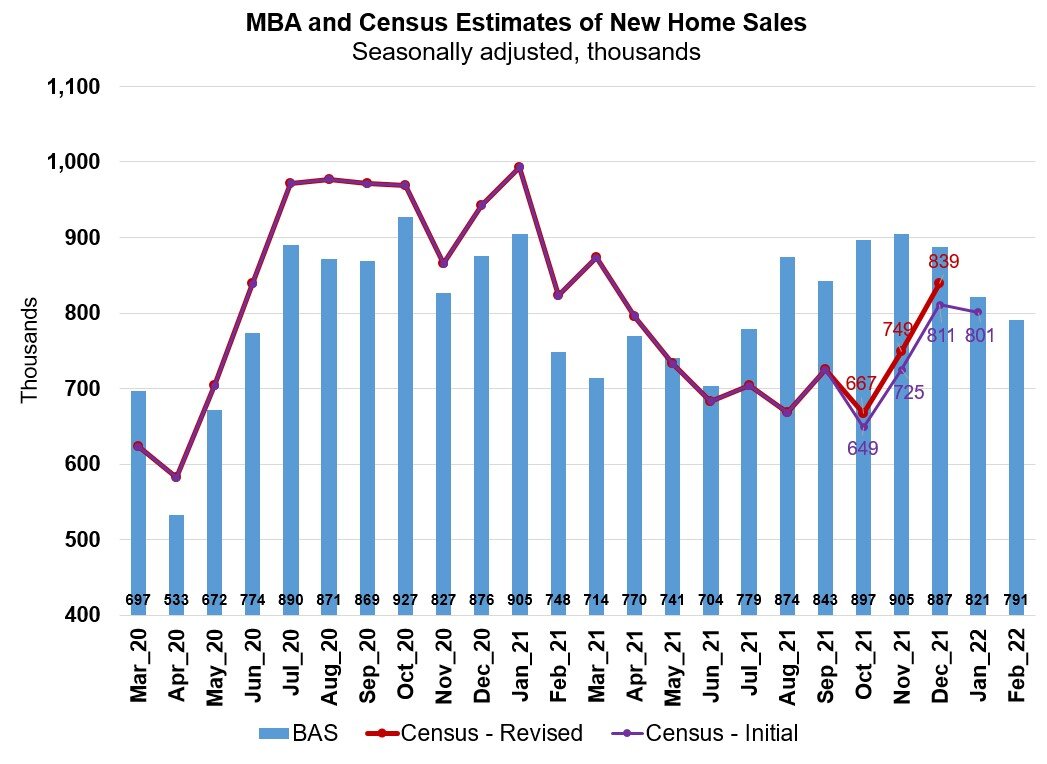 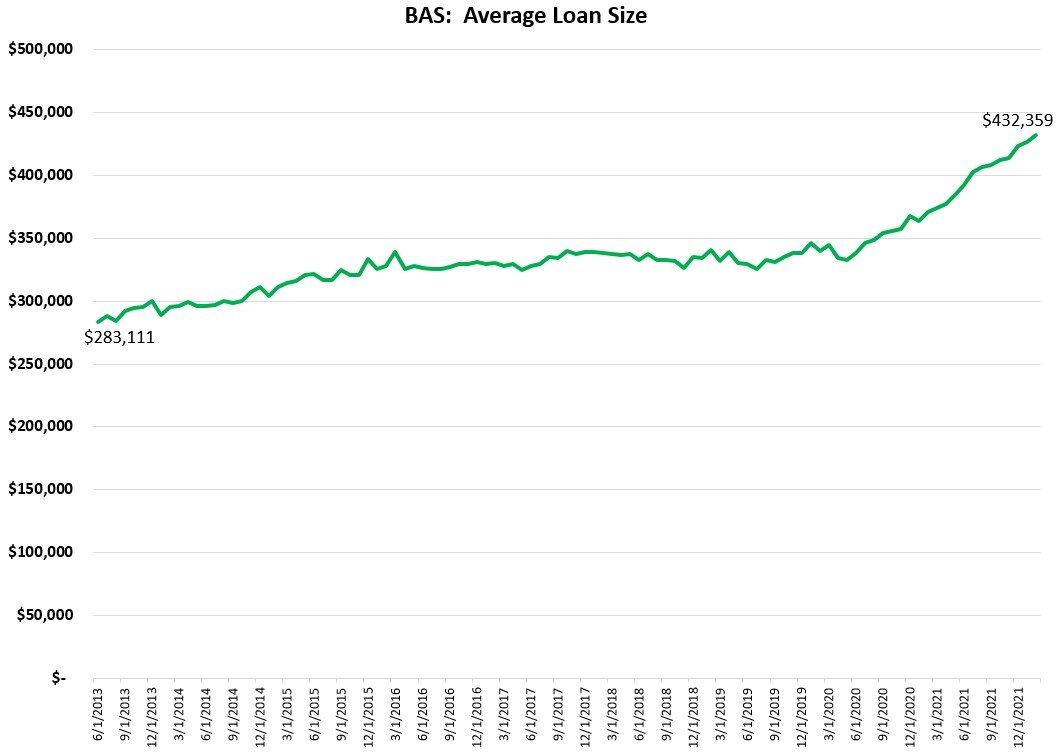