According to the National Association of Realtors, existing-home sales dropped in April 2020, continuing what is now a two-month skid in sales brought on by the coronavirus pandemic. Each of the four major regions experienced a decline in month-over-month and year-over-year sales, with the West seeing the greatest dip in both categories.

Total existing-home sales, completed transactions that include single-family homes, townhomes, condominiums and co-ops, dropped 17.8% from March to a seasonally-adjusted annual rate of 4.33 million in April. Overall, sales decreased year-over-year, down 17.2% from a year ago (5.23 million in April 2019).

"The economic lockdowns - occurring from mid-March through April in most states - have temporarily disrupted home sales," said Lawrence Yun, NAR's chief economist. "But the listings that are on the market are still attracting buyers and boosting home prices."

"Record-low mortgage rates are likely to remain in place for the rest of the year, and will be the key factor driving housing demand as state economies steadily reopen," Yun said. "Still, more listings and increased home construction will be needed to tame price growth."

Distressed sales - foreclosures and short sales - represented 3% of sales in April, about even with both March 2020 and April 2019.

"While virtually every sector of the American economy has been hit hard by this pandemic, our nation's 1.4 million Realtors have continued to show an undying commitment to their profession, their clients and America's real estate industry," said NAR President Vince Malta, broker at Malta & Co., Inc., in San Francisco, Calif.

"As we find during any time of crisis, we have a tremendous opportunity to evolve and emerge stronger and more efficient," Malta continued. "Having renewed our focus on new, innovative ways to serve American consumers, I am confident the real estate sector and our nation's Realtors® are uniquely positioned to lead America's economic recovery."

"There appears to be a shift in preference for single-family homes over condominium dwellings," Yun said. "This trend could be long-lasting as remote work and larger housing needs will become widely prevalent even after we emerge from this pandemic."

As was the case for the month prior, April sales decreased in every region from the previous month's levels. Median home prices in each region grew from one year ago, with the Northeast and Midwest regions showing the strongest price gains. 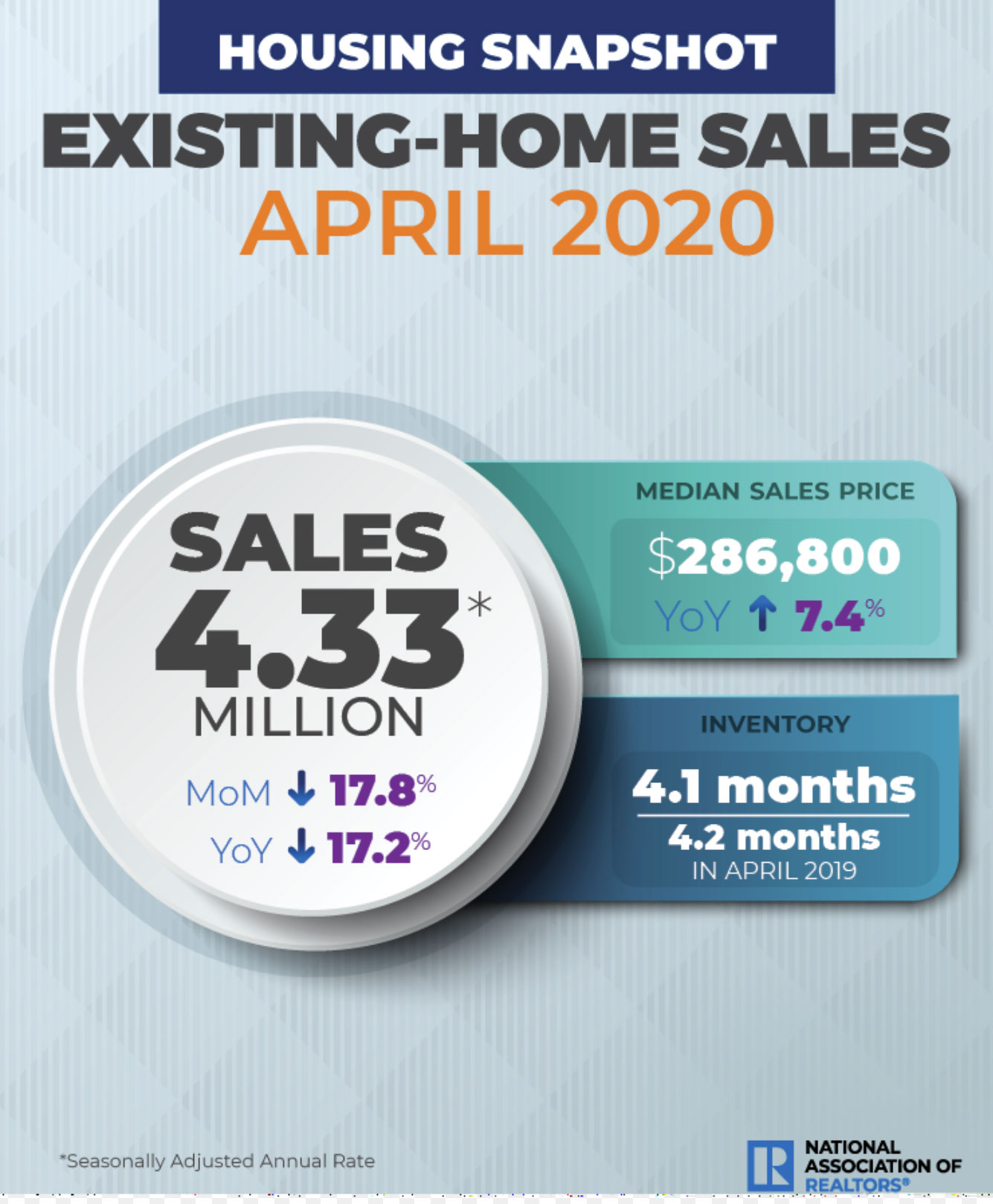