According to the National Association of Realtors, existing-home sales in the U.S. fell in March 2020. Each of the four major regions reported a dip in sales, with the West suffering the largest decrease.

Total existing-home sales, which include completed transactions of single-family homes, townhomes, condominiums and co-ops, dropped 8.5% from February to a seasonally-adjusted annual rate of 5.27 million in March. Despite the decline, overall sales increased year-over-year for the ninth straight month, up 0.8% from a year ago (5.23 million in March 2019).

"Unfortunately, we knew home sales would wane in March due to the coronavirus outbreak," said Lawrence Yun, NAR's chief economist. "More temporary interruptions to home sales should be expected in the next couple of months, though home prices will still likely rise."

While sales have declined, home prices are still solidly strong. The median existing-home price for all housing types in March was $280,600, up 8.0% from March 2019 ($259,700), as prices increased in every region. March's national price increase marks 97 straight months of year-over-year gains.

Total housing inventory at the end of March totaled 1.50 million units, up 2.7% from February, but down 10.2% from one year ago (1.67 million). Unsold inventory sits at a 3.4-month supply at the current sales pace, up from 3.0-months in February and down from the 3.8-month figure recorded in March 2019.

"Earlier in the year, we watched inventory gradually tick upward but with the current quarantine recommendations in place, fewer sellers are listing homes, which will limit buyer choices," Yun said. "Significantly more listings are needed and more will come on to the market once the economy steadily reopens."

"Despite the social distancing restrictions, with many Realtors conducting virtual open home tours and with mortgage rates on the decline, a number of first-time buyers were still able to purchase housing last month," Yun said.

Distressed sales -- foreclosures and short sales - represented 3% of sales in March, up from 2% in February, and unchanged from 3% in March 2019.

Compared to the month prior, March sales decreased in every region, while the Midwest and the South experienced increases in year-over-year sales. Median home prices in all regions increased from one year ago, with the Northeast and Midwest regions showing the strongest price gains. 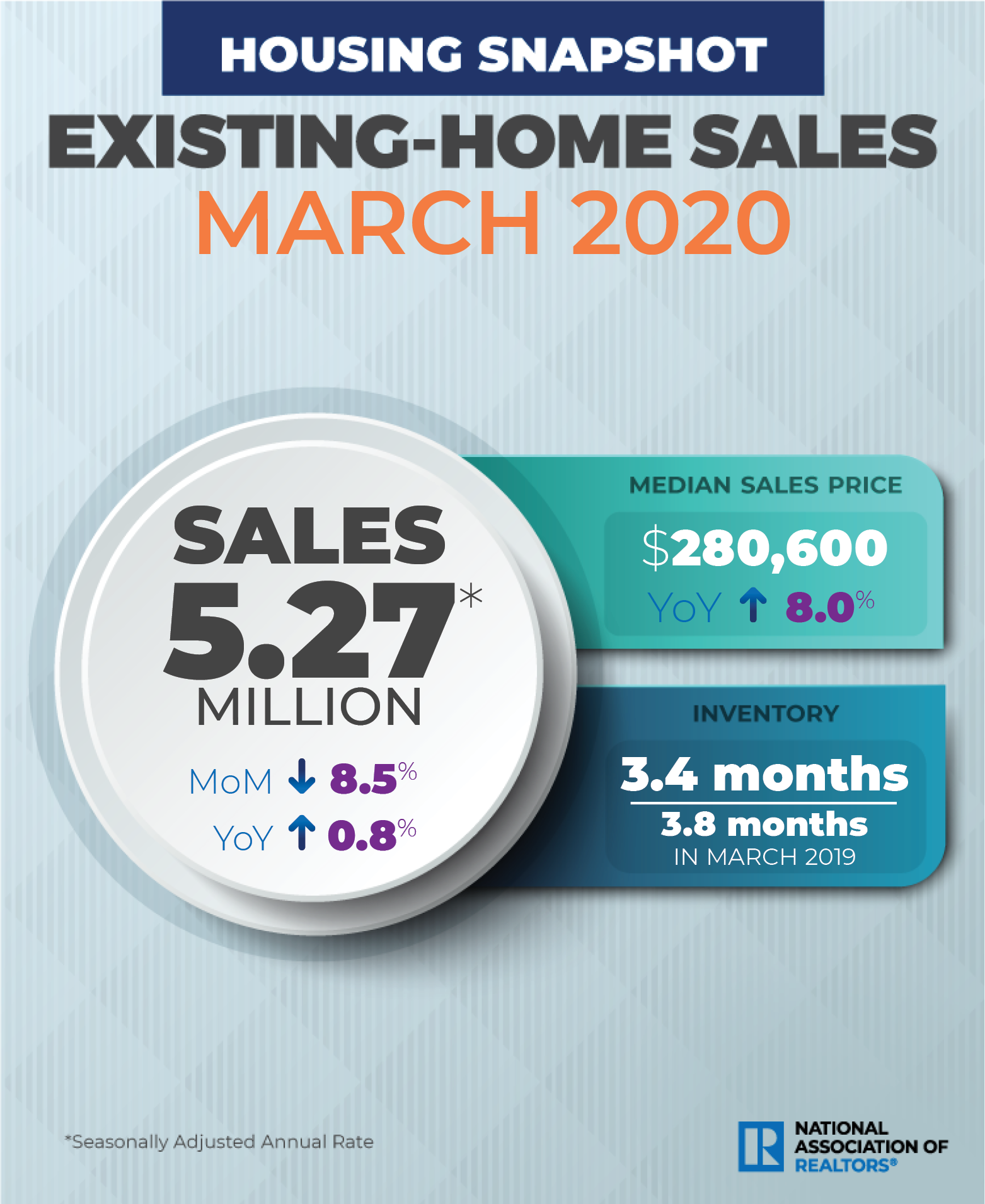